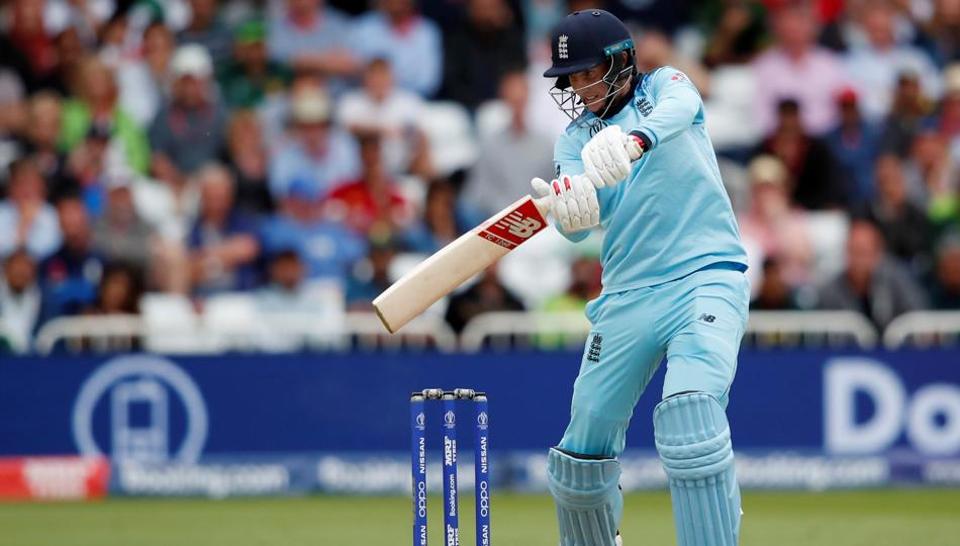 CARDIFF, June 8:  A superb 153 from Jason Roy and a big-hitting 64 from Jos Buttler fired England to their highest ever Cricket World Cup total as they posted 386-6 in their third match at this year’s tournament on Saturday.

Put into bat in blustery conditions, Jonny Bairstow and Roy got England off to an impressive start with just the second century opening partnership of the World Cup so far, before Bairstow (51) fell to a brilliant catch from Mehidy Hasan.

Roy went on to reach his ninth ODI hundred off 92 balls as England continued to pile on the runs, before smashing three sixes in a row to pass 150, only to be caught by Bangladesh captain Mashrafe Mortaza the very next ball in the 35th over.

Buttler, moved up the order to keep England in the attacking ascendancy, then fired the joint-fastest half century at the World Cup before being caught on the boundary chasing another six.

Captain Eoin Morgan (35) was next to fall off the bowling of Mehidy — the pick of the Bangladeshi bowlers with figures of 2-67 from his 10 overs — before Chris Woakes and Liam Plunkett plundered 45 runs off the final 17 balls to see England post the seventh highest World Cup total ever.

South Africa finished their one-day series against Sri Lanka with a clear idea of both the team and the tactics... Read More...