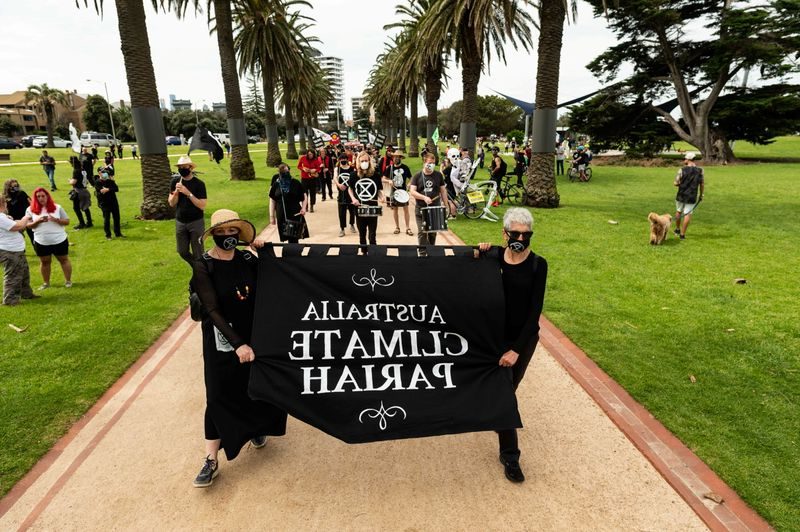 SYDNEY/MELBOURNE, Nov 7: More than 1,000 people demonstrated on Saturday in Australia's biggest cities of Sydney and Melbourne to protest against the government's climate policies and the strategies it offered at a U.N. climate summit in Glasgow.

Sydney's first legal protest after a months-long COVID-19 lockdown saw about 1,000 people march in support of global action day for climate justice, a worldwide movement mobilised during the COP26 meeting.

"We're all out here to show that we want more from our government," said Georgia, one of the protesters.

A week of government speeches and pledges at the two-week gathering in Glasgow brought promises to phase out coal, slash emissions of the potent greenhouse gas methane and cut deforestation.

Australia, however, has rejected the global methane pledge and campaigners and pressure groups have not been impressed by the commitments of other world leaders. read more

"The COP 26 agreements were happening and it's not turning out the best for Australia at the moment," added Georgia, the Sydney protester, who gave only one name.

Melbourne's protest was smaller than Sydney's, with just a few hundred people turning out for a rally that featured a giant koala bear emitting plumes of smoke, and protesters dressed as skeletons on bikes.

Swedish teenage activist Greta Thunberg was among thousands of young campaigners who marched in Glasgow on Friday, demanding urgent action