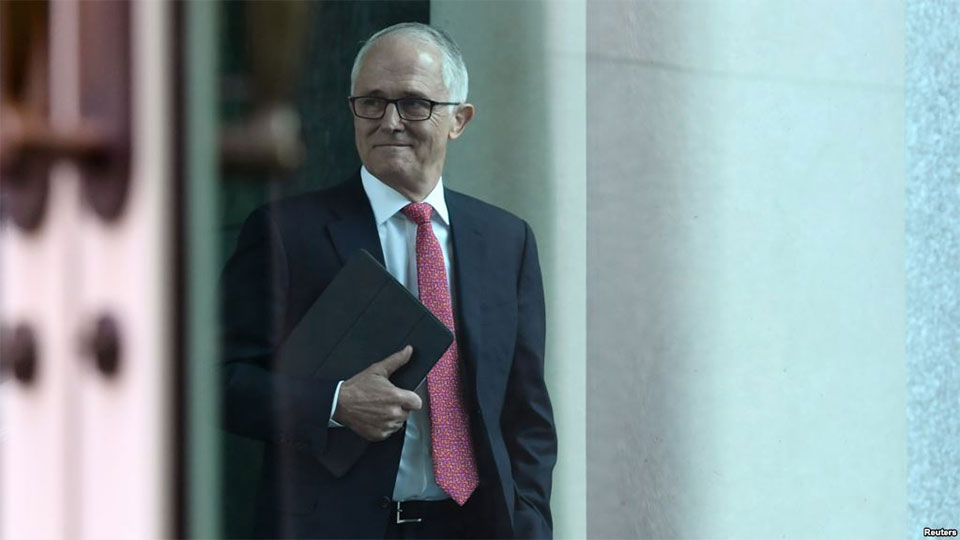 CANBERRA, Aug 23: Australian Prime Minister Malcolm Turnbull stubbornly clung to power on Thursday as senior ministers deserted him, saying he would hold a second leadership vote on Friday only if he received a letter signed by the majority of the ruling party.

Former home affairs minister Peter Dutton narrowly lost a challenge against Turnbull on Tuesday and has declared he would again contest a Liberal party leadership vote, while Australian media reported the country’s treasurer and foreign minister will also be candidates if a vote is called.

Key Turnbull supporter Finance Minister Mathias Cormann said Turnbull no longer had majority party support and that Dutton was now the best person to lead the conservative government to the next election, due by May 2019.

Several ministers have tendered their resignation. The leadership crisis saw the government adjourn parliament on Thursday until September.

Turnbull said if he received a letter requesting a fresh vote with the signatures of 43 Liberal Party lawmakers, he would call a party meeting for midday Friday (0200 GMT). If a leadership spill motion was then passed, he would not stand in the vote.

Australian media reported on Thursday that Treasurer Scott Morrison and Foreign Minister Julie Bishop will contest for the top job if a meeting is convened.

Morrison has been a Turnbull supporter, but has reportedly long held ambitions on the prime ministership.

Bishop, foreign minister for almost five years, has been deputy leader of the Liberal Party since 2007.

Whoever emerges as Australia’s next prime minister, they will become the country’s sixth prime minister in less than a decade. None of those, which includes two stints for Labor leader Kevin Rudd, have served a full term in office.

“Australians will be rightly appalled by what they are witnessing in their parliament,” Turnbull told reporters in Canberra.

The political revolving door has angered and frustrated voters and the business sector.

The political uncertainty clouded the outlook for investors who punished the Australian dollar AUD=D4, sending it 0.9 percent lower to $0.7283. The Aussie was the worst performing major currency on Thursday.

Turnbull said the leadership crisis was an “internal insurgency” to move the Liberal party to the far right.

“A minority in the party room, supported by others outside the parliament, has sought to bully, intimidate others into making this change of leadership,” he said.

“It’s been described by many people...as a form of madness.

Turnbull sort to raise doubts over Dutton’s ability to continue sitting in parliament, with reports he has financial interests in daycare centers which receive government funding.

“I cannot underline too much how important it is that anyone who seeks to be prime minister of Australia is eligible to be a member of parliament,” said Turnbull.

Adding pressure on rebel lawmakers, Turnbull said he would resign from parliament if he loses the leadership, threatening the government’s one-seat majority.

Turnbull came to power in a party-room coup in September 2015. A social liberal and multi-millionaire former merchant banker, Turnbull has struggled to appeal to conservative voters and only narrowly won an election in 2016.

Shorten said the “cannibalistic behavior” over the Liberal leadership was eating the government alive. “Australia no longer has a functioning government,” he told parliament.