Rainfall and cold weather behind overload and power outage across valley: Ghising 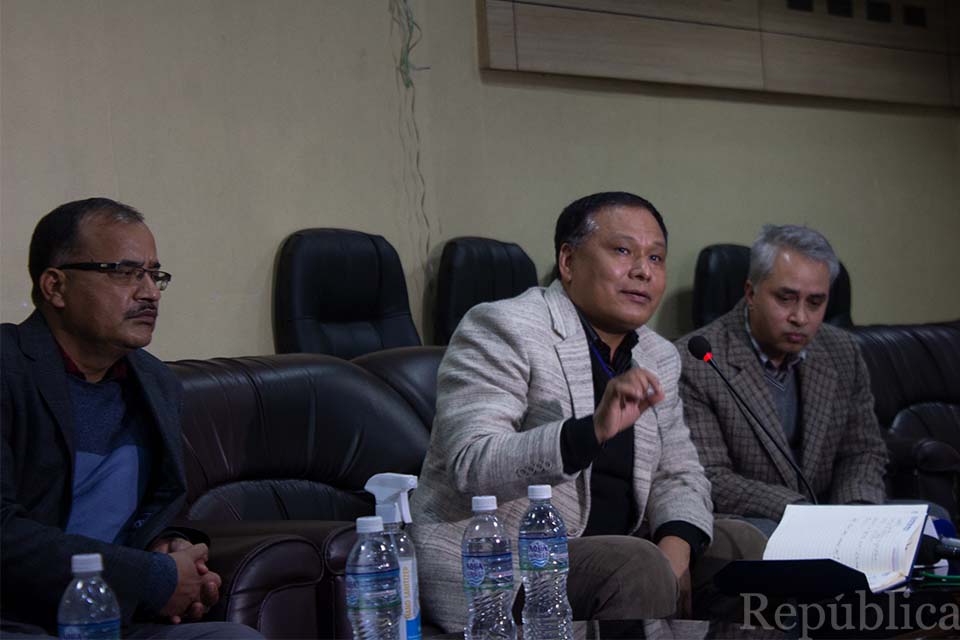 KATHMANDU, Dec 31: Nepal Electricity Authority (NEA) Managing Director Kulman Ghising has said that the recent rainfall and a sharp drop in the mercury level is the main reason behind the frequent power cuts and circuit overloading in many areas of the Kathmandu Valley.

Speaking at a press conference organized in Kathmandu on Friday, Ghising clarified that the recent power cuts in limited parts of the valley are not the results of problems in supply but are happening due to technical difficulties. He said that the increase in load in the valley is due to the cold and use of air conditioners and heaters. He also clarified that the delay in maintenance was due to the recent rainfall and other factors.

“A fire in the feeder at Singha Durbar was the cause of power cuts in Anamnagar, Dilli Bazaar, and the surrounding areas. The problem took almost a day to be solved. Similarly, other areas in Kathmandu including Imadol, Baneshwar, and Maharajgunj also faced a power shortage due to fire in electric cables, which also took a long time to get fixed,” Ghising said.

On the occasion, Ghising said that as many as nine substations will be added in the Kathmandu Valley to meet its power supply demands as this will allow it to provide 2,000 MW of energy. “The substations will be constructed in Matathirtha, Chobhar, Teku, Balkumari, Thimi, Phutung, Mulpani, and Changunarayan and Patan. He also said that damaged transformers are being repaired and upgraded.

Furthermore, Ghising said that there was a problem in some places as the residents did not allow the construction of substations due to the risk of short circuits and urged the people not to fear them.

We refuse to believe that NEA that provided uninterrupted power supply for the last four years under the leadership of... Read More...

Agitating IOM students stage sixth round of protest against Dean (Photo Feature)
6 minutes ago
If you want to seek your property share, go to Baluwatar: MP Agrahari
16 minutes ago

Fugitive arrested from his house in Jumla
53 minutes ago