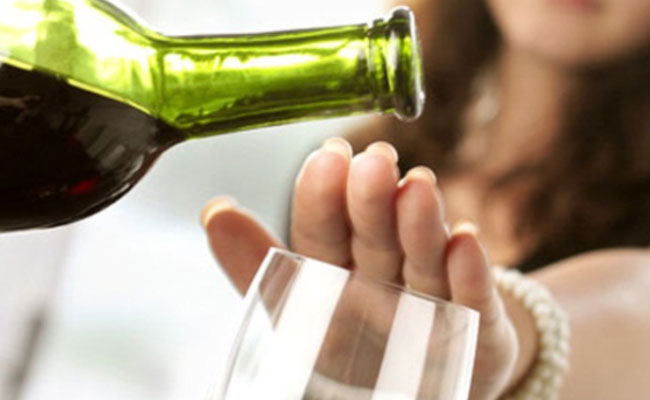 People who aim to quit drinking entirely are more likely to achieve this goal if they are treated by a care provider who advocates total abstinence, a new study has claimed.

Those who wish to learn to drink in moderation are not as successful, even when they are treated by a care provider who works with controlled consumption, according to the study carried out at the University of Gothenburg in Sweden.

Previous studies have shown that the crucial factor in treatment success is that patients and care providers have the same  view, and that the choice of treatment method plays a subordinate role.

However, how great an influence choice of method has on the final treatment outcome has not been studied previously.

The study followed up 201 adult patients 2.5 years after treatment onset. It showed that a shared view between patient and care provider was not decisive for the treatment outcome.

"Instead, patients whose goal was total abstinence were more successful than those who had chosen to control their drinking," said Associate Professor Kristina Berglund.

"It is easy to believe that the patient and care provider having a common goal is the most important factor in achieving good treatment outcomes, but it is not that simple.

"Our study shows that, regardless of agreement on goals and methods, in the end it is more difficult to stick to controlled drinking than to give it up entirely," said Berglund.

50 die after drinking alcohol in Jakarta

JAKARTA, April 10: Nearly 50 people have died in a little more than a week after drinking bootleg liquor in western... Read More...

KATHMANDU, Nov 25: The government has drafted a new bill to further restrict the sale, advertisement, production and distribution of... Read More...