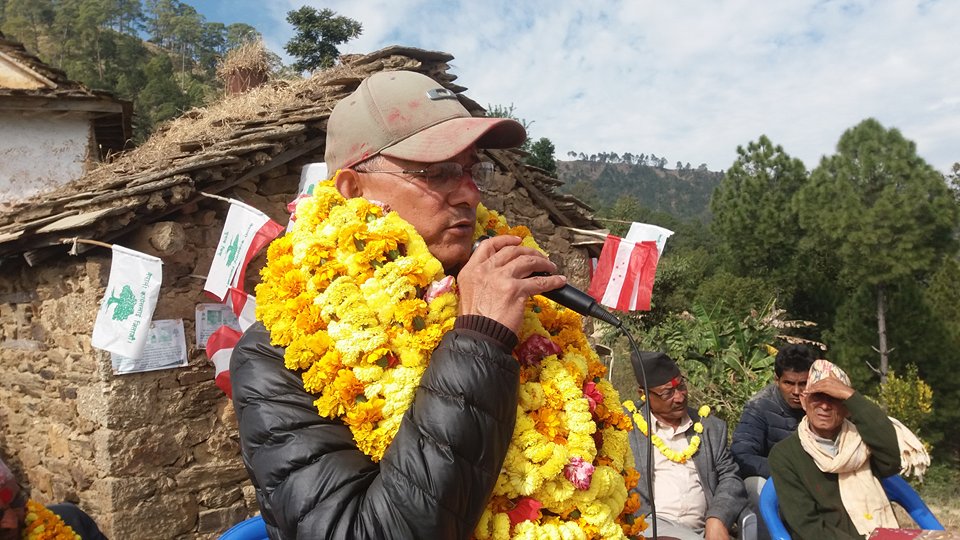 DOTI, Nov 23: Bir Bahadur Balayar accused CPN-Maoist chairperson Pushpa Kamal Dahal for being unfaithful towards the Comprehensive Peace Accord (CPA) that was signed 11 years ago. Balayar is the Minister of Physical Infrastructure and Transportation and Central Committee member of the Nepali Congress (NC),

“Despite a decade gone, the peace process is yet to come to conclusion, all because of Dahal,” Balayar, in an election gathering of NC at Bogtan rural municipality-6 said. He added that the country still needed to find its way out of the conflict and people were yet to let go of their fears.

Balayar further accused that Dahal’s irresponsibility had forced Biplav and Baidhya faction to spark another revolt in the country. He added that NC was working and committed to work as per the aspirations of the CPA. “We have completed our responsibilities,” Balayar said adding that the party had worked hard to bring the then rebels into mainstream and the government had spent hefty amount during and post insurgency.