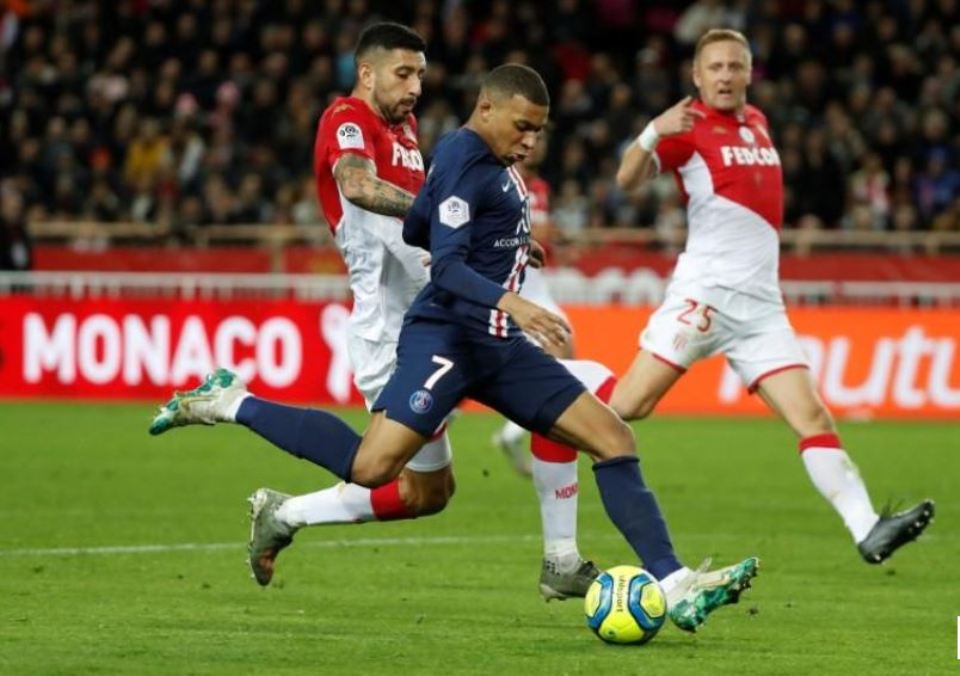 PARIS, Jan 16: Paris St Germain secured a convincing 4-1 victory at Monaco in a rescheduled game to open an eight-point lead at the top of the Ligue 1 standings on Wednesday.

Three days after the sides drew 3-3 at the Parc des Princes, Kylian Mbappe scored twice, Neymar netted a penalty and second-half substitute Pablo Sarabia was also on target for PSG, while Tiemoue Bakayoko briefly reduced the arrears for Monaco.

PSG moved to 49 points from 20 games and have clear water between themselves and second-placed Olympique de Marseille on 41.

Stade Rennais are five points further adrift in third after the Brittany side beat Nimes 1-0 away courtesy of a second-half Adrien Hunou goal on Wednesday.

Monaco are ninth on 29 points.

PSG went ahead in the 24th minute when Mbappe beat the offside trap to collect Angel Di Maria’s through-ball and beat Benjamin Lecomte with a low angled shot.

Neymar made it 2-0 two minutes into the second half, converting a penalty, after Layvin Kurzawa had been brought down by Kamil Glik, for his ninth goal in his last eight appearances for the capital side.

Sarabia put the result beyond doubt in the 72nd by volleying home from fellow substitute Marco Verratti’s pass a minute after the pair had come off the bench.

Bakayoko pulled one back for the hosts, poking the ball home from Adrien Silva’s free kick in the 87th, only for Mbappe to score again one minute into stoppage time at the end of a sharp counter attack after being set up by Neymar.