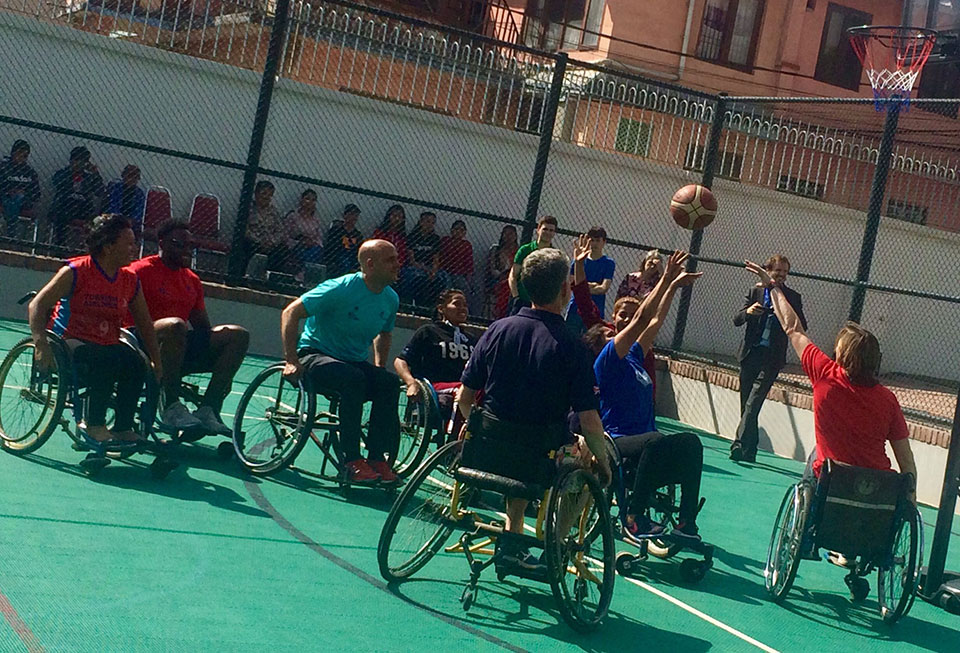 Sportswise, Nepal is experiencing a unique time and it should take full advantage of it

International Day of Sports for Development and Peace which was celebrated on April 6 this year offers an opportunity to reflect and introspect on the potentials of leveraging sports for the good of the society. The other day I was reading news about recent cases of racism across European football fields with more instances of verbal abuses against players just because of the colors of their skin. Sadly and unsurprisingly the targets were not only foreign players but also native players of diverse background, whose parents or grandparents had settled in Europe.

The Fare Network, a group fighting racial discrimination and inequalities in football, reports that more than a dozen of cases of racial abuses happened in Europe in February this year alone. Right wing parties dominating the political narrative and in power in several European countries seem to play a certain role in creating an influencing atmosphere conducive to racism and discrimination.

UEFA, the European football governing body, just organized Equal Game Conference in London, bringing together experts and officers from all the national football federations, to discuss the effective ways to turn the tide in tackling the problem.

Tap the sports
In Nepal certain groups surely are affected by historically rooted forms of exclusion, but proudly the country is much more united and cohesive than many other nations. In Nepal, sports are the platforms that bring people together with pride and joy. Sportswise, Nepal is experiencing a unique time and it should take full advantage of it.

Recently national sports have started gaining more respectability thanks to a string of positive results at home and overseas. Because we are still at the beginning in a process of development of national athletes and national domestic competitions, it is the right time to embed the foundations of the country’s sports with the right values and leadership mindsets that will help not only avoid situations where sports divide rather than unite but also promote social and economic development.

Many national athletes are still struggling to ensure adequate training conditions. Some famed national athletes have started getting lucrative commercial endorsements from corporates and this is certainly positive. But I am worried about the so-called “underdogs”, those athletes, with and without disabilities, who could potentially make it big if provided with certain support. Left alone, they will quit believing in their dreams of becoming top athletes.

Two weeks ago, five promising women wheelchair basketball players and three coaches had the opportunity to attend an international clinic in Thailand organized by International Wheelchair Basketball Federation Asia Pacific Zone.  Exposed to some of the best coaches, including two times gold medalist Troy Sachs from Australia, the athletes had the chance to get exposure and meet the most promising teams of the region.  These are positive moves but they are not enough. We need to do more to create a supportive ground for their development.

We had, few days ago, a group of wheelchair basketball coaches and their volunteer colleagues, students of social work, helping organizing a sport clinic for children and youth with autism. Surely not a coincidence, there was the visit to Nepal of Dame Katherine Grainger, one of the most successful British athletes and currently the Chair of UK Sport. Grainger was here to celebrate the partnership with Nepal Taekwondo Association.

It is a best practice, an example of North-South cooperation truly inclusive because it also includes trainings to Para-athletes of Nepal. Generously, Dame Grainger and Richard Morris, the British Ambassador to Nepal, together with some of their colleagues, found time to get on some wheelchairs and try few drills under the guidance of some women wheelchair players and one young promising volunteer wheelchair basketball coach.

Not far from Nepal, I personally witnessed a fantastic event organized by students of UTAR, a leading university in Malaysia, where able-bodied students played a 3 on 3 wheelchair basketball tournament, a pioneer idea to create awareness about disabilities. There were not just games but also an entire section of the venue where public could undertake fun games to learn more about disabilities.

Promoting sports and athletes’ development in general requires the organization of high level events. Only with more and more competitions, local athletes can get better. Tournaments, leagues are the only platforms available to raise the standards but more professional coaching is required.  Elite coaching is still something where Nepal needs to catch up, together with investing in the leadership skills of all those involved in the promotion and implementation of sports.

Raising mainstream professional sports in Nepal, often tagged as “normal” sports to differentiate them with adaptive sports by persons with disabilities, should be involved and engaged on continuous basis to ensure the values of sports are truly embedded by young promising athletes as well as by increasingly higher number of professional peers gaining some fame.

You can raise the standards while building ethical leadership at the grassroots while also creating awareness on social issues. One of the reasons why events like the Turkish Airlines ENGAGE Wheelchair Basketball Empowering League, a premier sports festival in Nepal, are important because it helps on two fronts: it creates awareness on the right of persons with disabilities and, less importantly, it elevates the level of the game, helping local athletes to get closer to international standards. The two dimensions can go together and are mutually reinforcing.

Let’s not forget that sports itself, by definition, is essentially aimed for the good of the society. A special day for sports for development and peace is an occurrence that should be translated on daily deeds by everybody who practice and love sports.

The author is Co-Founder of ENGAGE, an NGO partnering with youths living with disabilitiessimone_engage@yahoo.com

Reason to cheer for Nepal

The 13th South Asian Games (SAG), which concluded on Tuesday, has given Nepal many reasons to celebrate but this is... Read More...