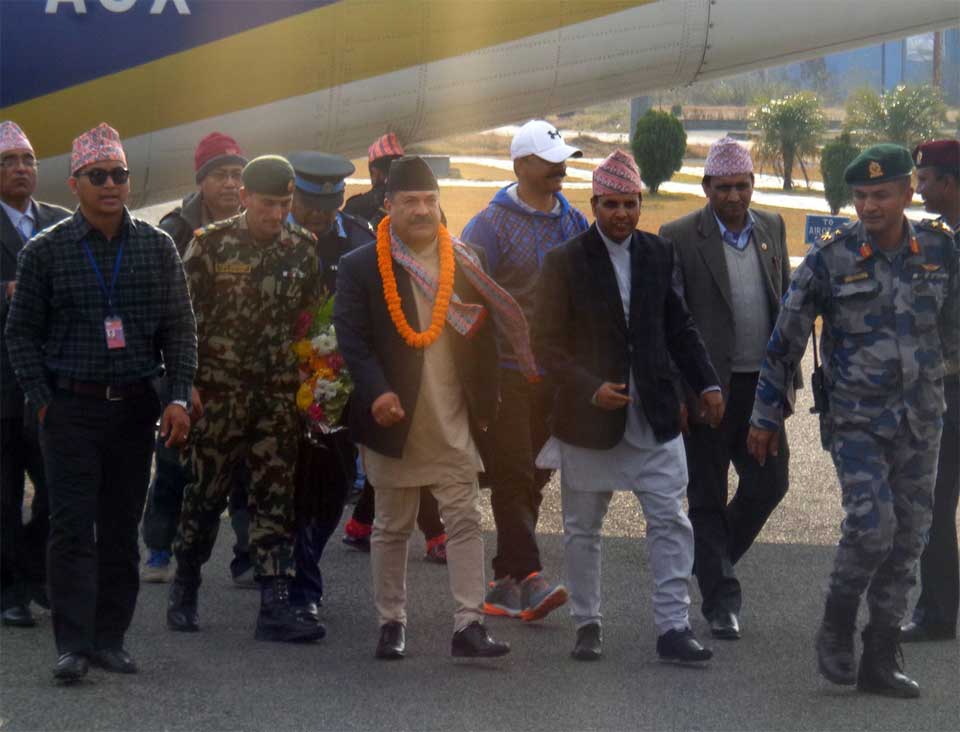 POKHARA, Jan 20: Chief of Province No 4 Baburam Kunwar was welcomed in Pokhara today.

Kunwar arrived in Pokhara on Saturday after taking oath of office and secrecy by President Bidya Devi Bhandari on Friday.

Talking briefly to journalists at the airport, Kunwar said the Province No 4 can be taken ahead on the path of prosperity by utilising tourism and water resources.

He said that he would administer the oath of office to the senior-most member of the Province Assembly as stipulated by the constitution on Sunday.

Chief of the Regional Election Office, Ganga Lal Subedi said that the Province Chief would administer the oath of office and secrecy to the eldest member of the Province Assembly, Janak Lal Shrestha at 9 am on Sunday.

Chief District Officer Taranath Adhikari said the necessary preparations have been made for swearing in of the members of the Province Assembly.