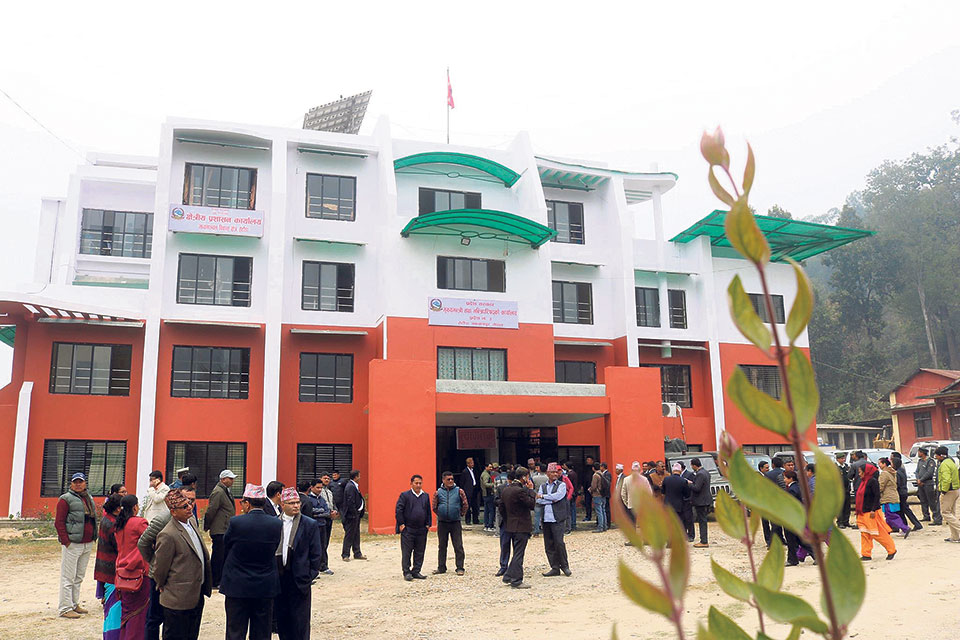 Office of Chief Minister and Council of Ministers of Province 3 in Hetauda of Makawanpur district. | Photo: Ashoksujan Shrestha/Republica

MAKAWANPUR, Aug 21: At a time when the hefty taxes being collected under the federal setup are coming in for widespread criticism, the government of Province 3 has demanded that local units in the province submit details of the taxes collected so far.

The provincial government has sent a letter to all 119 local units under it to send in details of the tax rates being collected under each head. The letter sent by the Ministry of Economic Affairs and Projects is dated August 16 and is signed by chief of the revenue and corporate section, Ramesh Shrestha.

“We are hopeful all local units will comply with the request by this week,” said the ministry’s information officer and section officer, Sanjeev Nepal.

The letter notes that newspapers and other media of late have reported excessive taxes collected by local units.

However, Chief Minister of Province 3 Dormani Paudel has been defending the higher taxes. “It could be that people found the taxes excessive as they were raised after an interval of nearly 20 years. It is simply the effect of inflation over a long interval,” he said.

Paudel also instructed local units to reimburse taxes if these are higher than the levels set by government directive.

KATHMANDU, Nov 2 : Physical Infrastructure Minister of Province 3, Keshav Sthapit, has been relieved from the post on Friday. Read More...