KATHMANDU, May 20: A protest was staged today at Bhatbhateni, Naxal, demanding justice for a victim who spoke out regarding her horrible experiences with sexual abuse, violence and blackmail for over eight years on social media. Although the plan was to stage a demonstration outside the Prime Minister’s residence in Baluwatar, the protestors were turned back by the police.

“The victim has come out and named the perpetrators and has revealed their actions. If the people and the judiciary continue to remain mum against any wrongdoing, no woman or girl is safe in this country,” said Bhawana Raut, one of the protesters.

Here are some pictures taken by Republica Photojournalist Bijaya Rai at Naxal today. 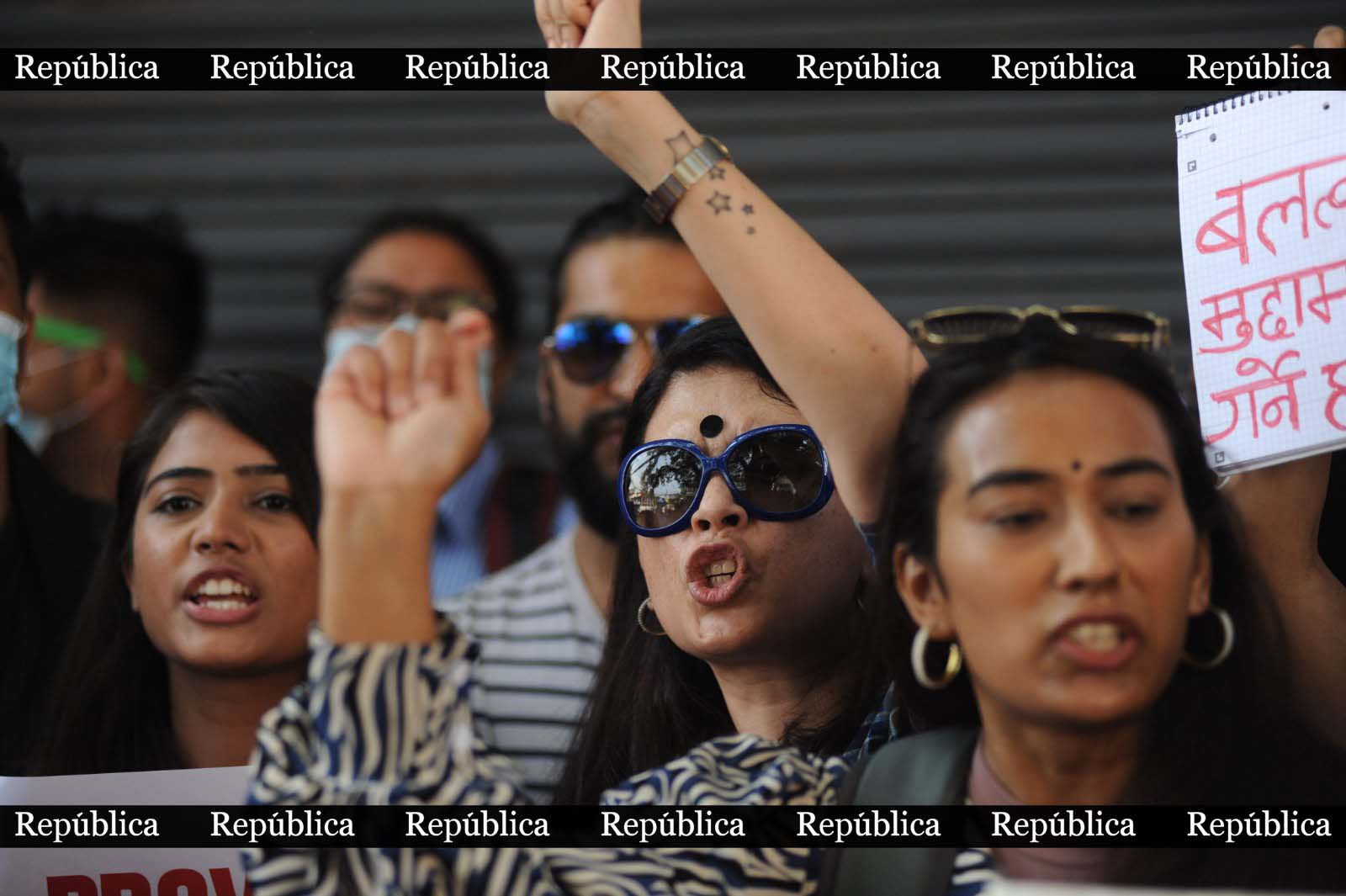 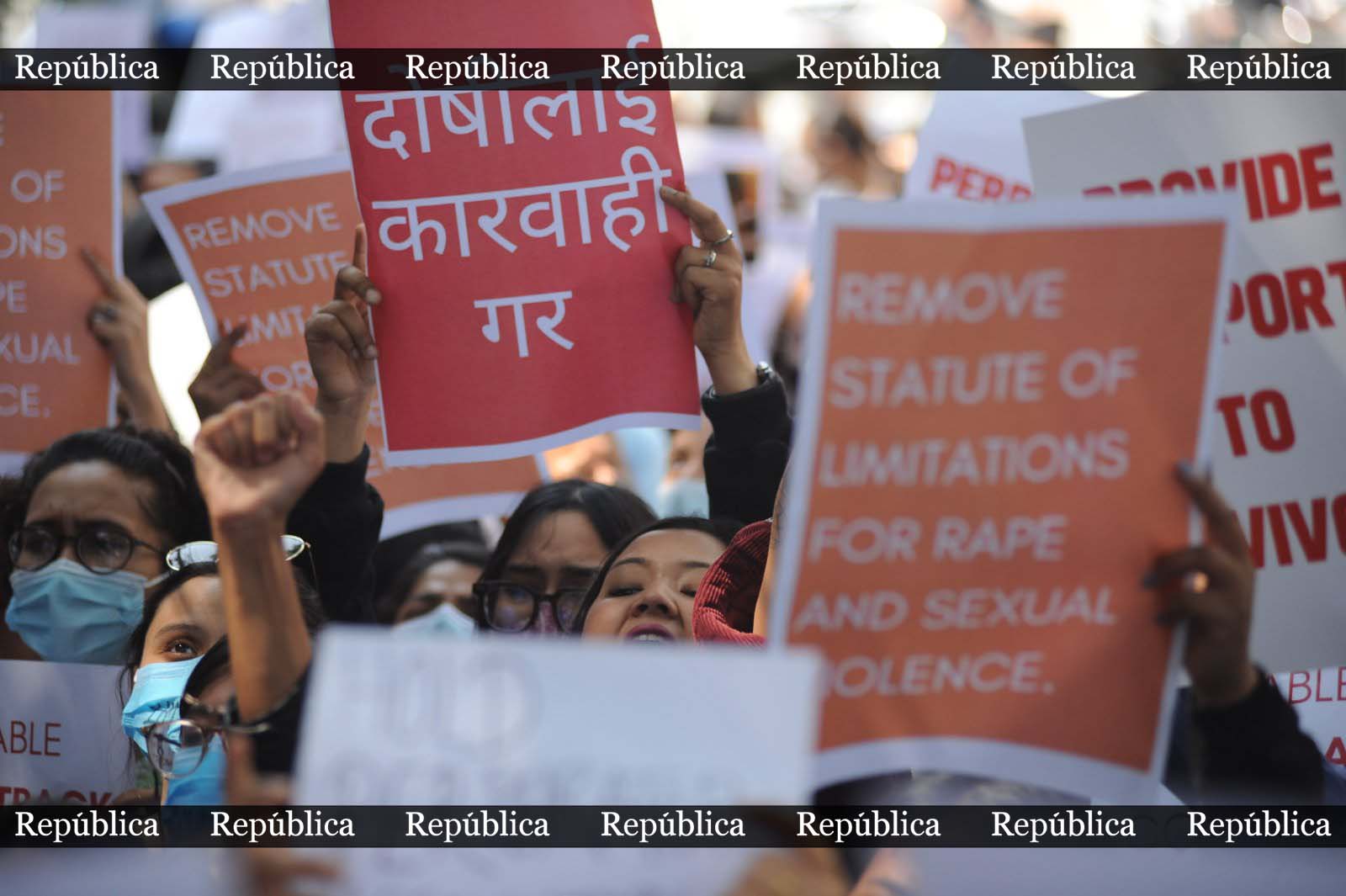 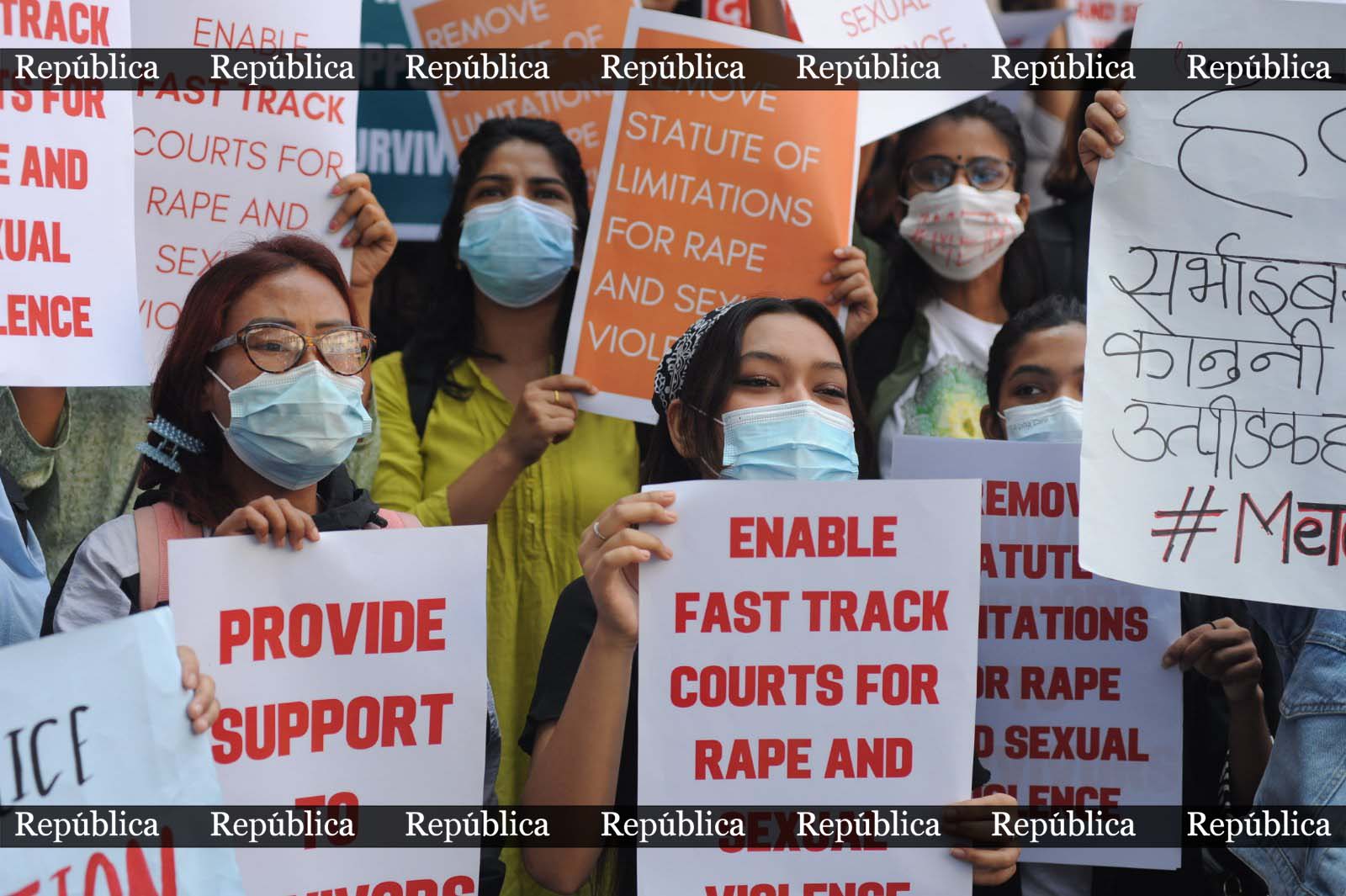 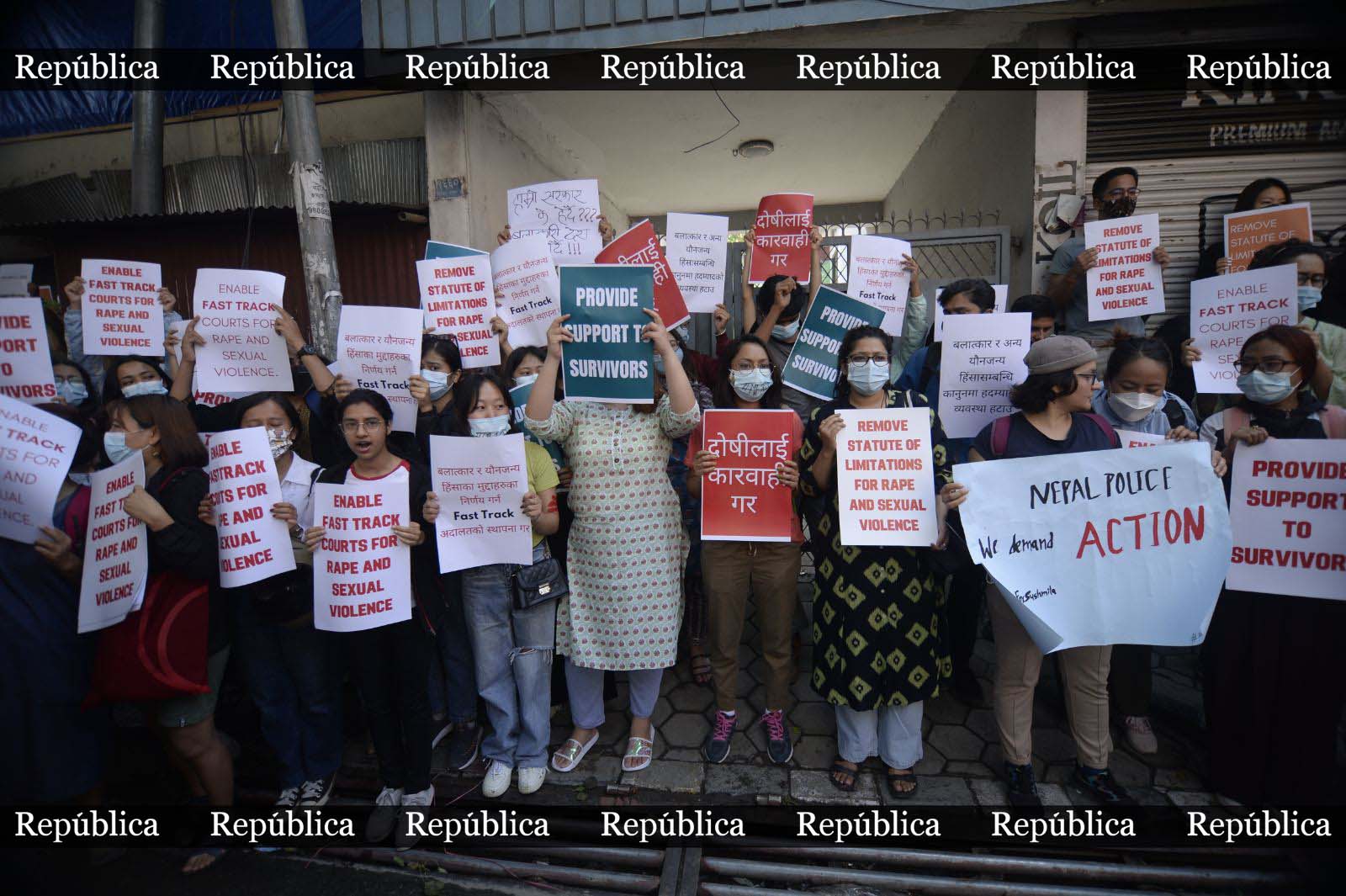 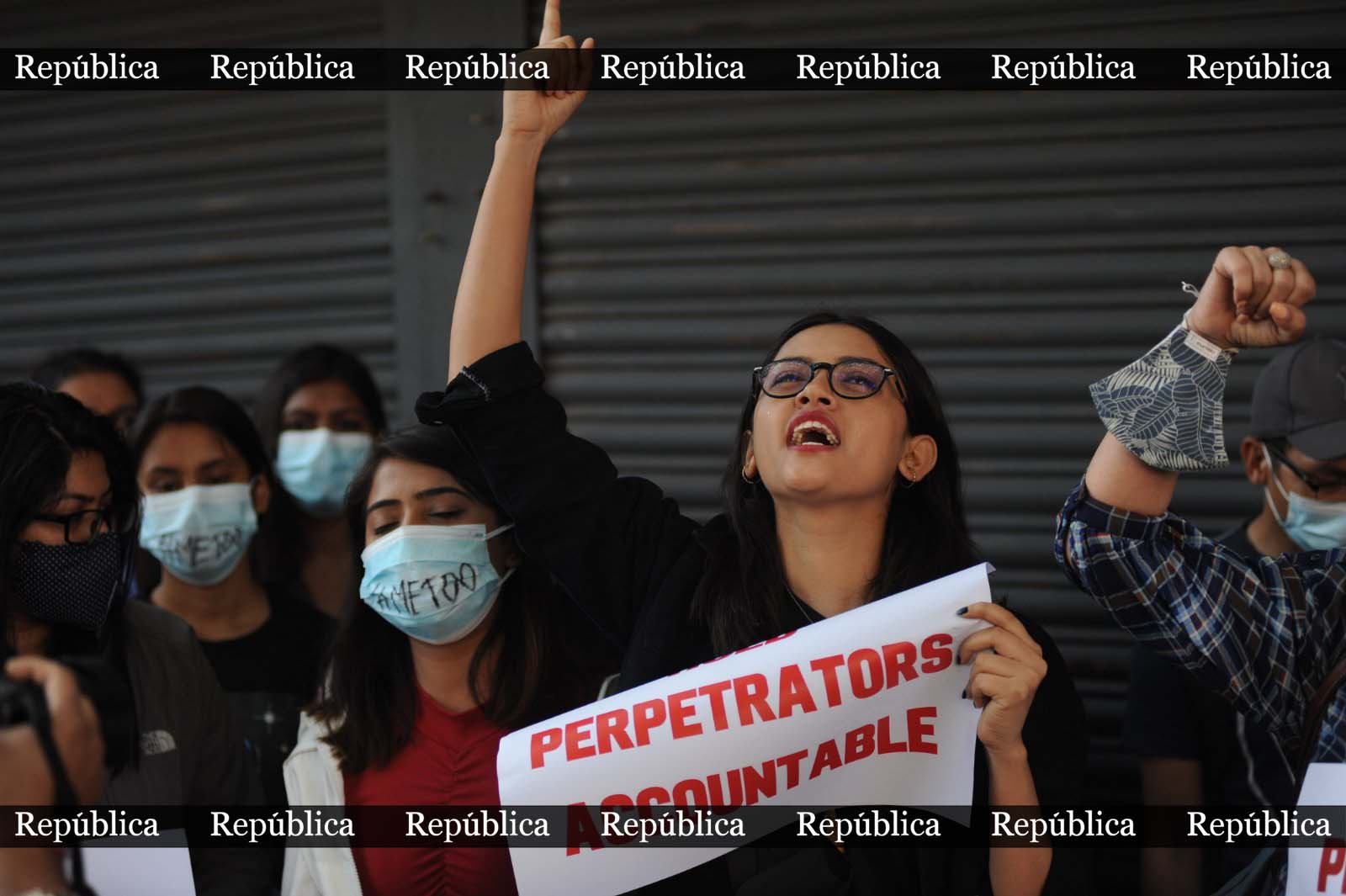 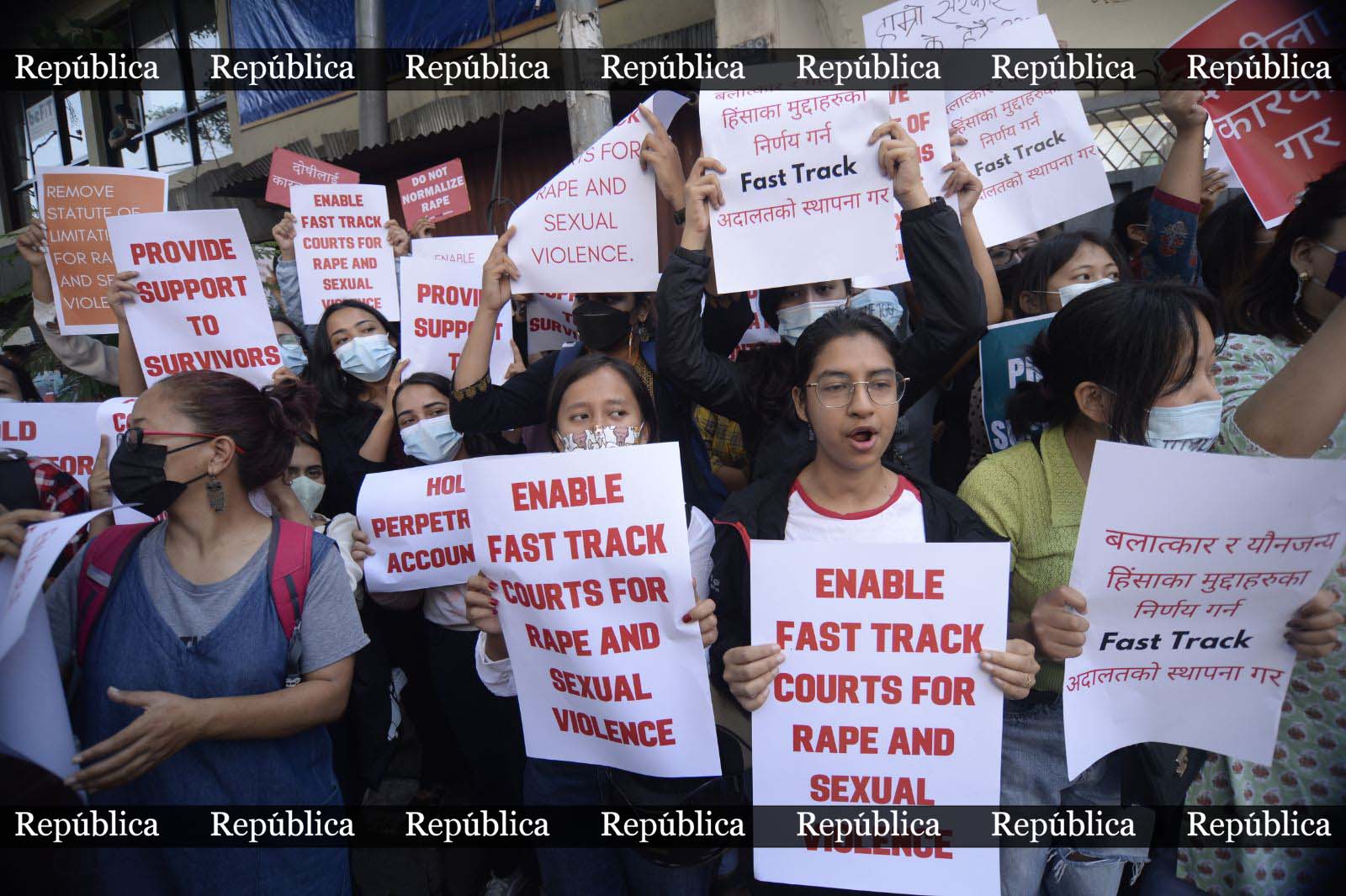 KATHMANDU: The main opposition party, Nepali Congress (NC) has launched massive protests against the government in all 77 districts across... Read More...

“Why is the government silent on growing rape cases?”

KATHMANDU, Oct 11: A group of independent youths have staged a demonstration against the increasing number of rapes in the... Read More...

Dahal is guilty in SPP: UML Chairman Oli
16 minutes ago