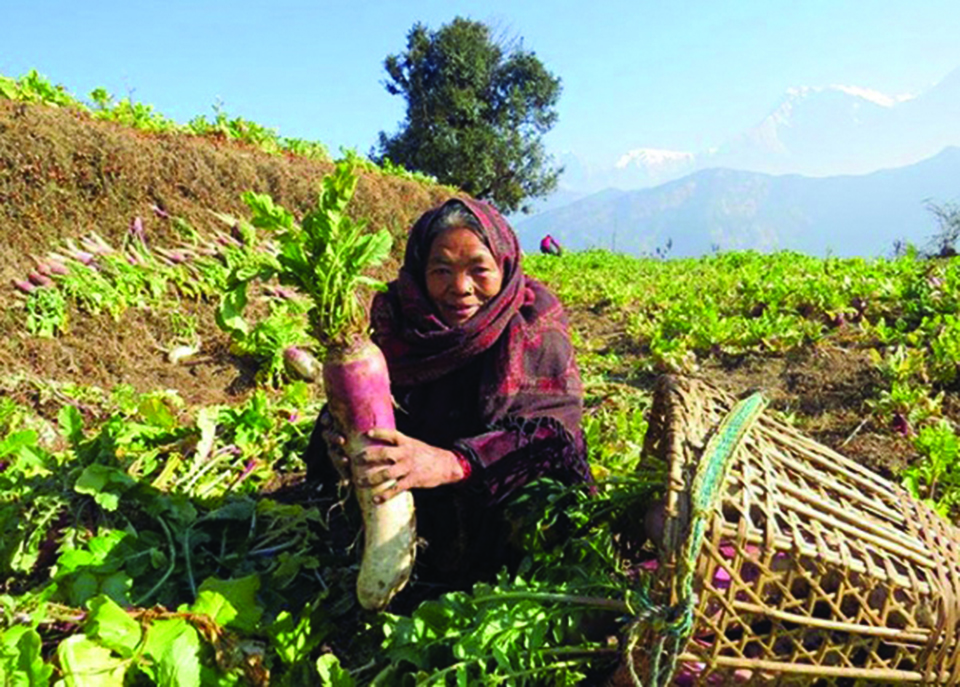 Policy makers and politicians are reluctant to recognize, expand and lead the country toward prosperity in a socially and ecologically sustainable manner

Nepal has seen progress on many political, social and economic fronts. There is much to criticize, but at the same time the current government is doing its bit. However, its understanding of prosperity, vision, and pathways are largely disconnected.  Key leaders driving the current government and many others think prosperity can be achieved through mega physical infrastructure of railways, hydroelectricity and so forth. While there is nothing wrong with such projects, it is undermining local, grassroots initiatives for prosperity, which could transform our society and economy in a sustainable and just way.

The government has made much effort to attract foreign investment in the country, but with little success. The very idea of foreign-capital led development is problematic in terms of who benefits (or loses) from this. The ecological damages that will be done by foreign companies or projects on our fragile environment have not received much attention. The environmental record of accomplishment of foreign companies is poor globally. Foreign companies and projects have also been displacing poor and indigenous peoples from their land and ecology.

The government projects new policies and plans developed for safer and regular foreign labor migration as success.  But through these policy efforts the government is promoting the export of Nepali workers. This is also against the very idea of prosperity as Nepal is exporting its labor force to develop other countries, failing to mobilize such force for its own development. It is actually a development failure to fail to capitalize on demographic dividend. The positive side of international labor migration is highlighted in terms of remittance, but it is not going to lead Nepal toward prosperity. Rather than highlighting these as success, the government could make more serious efforts to promote agriculture in the context of rising food imports as well as lots of fertile land being left uncultivated. But it may not happen because Nepali politicians give sweet talks to farmers during elections and public speeches, but after getting elected they neither go back to rural areas, nor make genuine efforts to support agriculture and farmers, let alone heed the concerns of rural people.

Like its predecessors, the current government is overlooking in-situ locally possible plans and projects. There are many globally recognized successful examples in various sectors such as community forestry, micro-hydropower and bio-gas. Policy makers and politicians are neglecting the transformative potentials of such successful national projects, and they are reluctant to recognize, expand and lead the country toward prosperity in a socially and ecologically sustainable manner.

Let me provide an example of the project I am involved with. Established in 1978 in Jhapa, the Ratuwamai Afforestation Project, managed under Forest Products Development Board under Ministry of Forests and Environment, has generated significant social, financial and environmental values over the years. The project has been in operation to achieve three major objectives: (i) production of timber and firewood by planting fast growing species, (ii) supply and direct sale of the forest products to the industries, and (iii) employment generation at local level. Major activities involve planting trees of various species.

In terms of social benefits, the project provides fire woods for funeral and religious functions at a nominal rate of Rs 10 per kilogram, lower than the market price of  Rs 15 per kilogram. Also, the locals can buy timbers and firewood directly without participating in the bidding process. The project has supported the local community by providing funds for scholarships, women empowerment, trainings, trail maintenance and other infrastructure development in and around the project areas. In the case of employment generation, the project has created employment and contributed to people’s livelihood through conservation, management and utilization of forest resources. The project activities (seedling production, plantation, weeding and timber harvesting) generate employment opportunities for  30,450 persons annually. Such plantation and production of timber is important given the rising imports of timber from foreign countries. The project has employed 35 local people as forest guards year round. The project is also promoting recreational/tourism values. The forest area provides green landscape extending to 16 km from Ratuwa river to Kankai Mai river, along with wetlands and religious sites namely Satasi temple, Balmiki Aashram Wetland, Saadhu Holi Wetland and Duramari Wetland. These are potential hotspots for wetland tourism development, for both foreign and domestic tourists. Local government bodies have shown interest to collaborate with the project for wetland tourism development.

The project has also generated revenue for the government. The average annual income of the project over the last three years is Rs 44,142,997. The average annual administrative cost for the same period is very low (Rs 9,312,996) compared to income. The surplus amount is spent on forest development activities and community support programs. Regarding educational value, this project stands as one of the demonstration centers for the students who are studying environmental science and forestry. Students and researchers visit this project area to learn about managing natural resources and balancing environmental, social and economic values. In the last five years, the project produced 1,225,365 seedlings of different species for plantation in 1016.93 hectares of land area, promoting environmental conservation. Moreover, around 25 hectares of the natural Sal (Shorea) forest have been maintained.

This is not an exceptional project delivering so many benefits. Similar projects can be found across Nepal, and learning from below can provide both ideas for the government, policy makers and politicians, rather than relying on outdated and environmentally destructive ideas, promoted by donors and international development agencies which care more about their own interests.

The author is Chief of Ratuwamai Afforestation Project, Jhapa

Sources of investment lie in our doorsteps but Nepal is still reeling under low investment trap inimical to achieving prosperity... Read More...