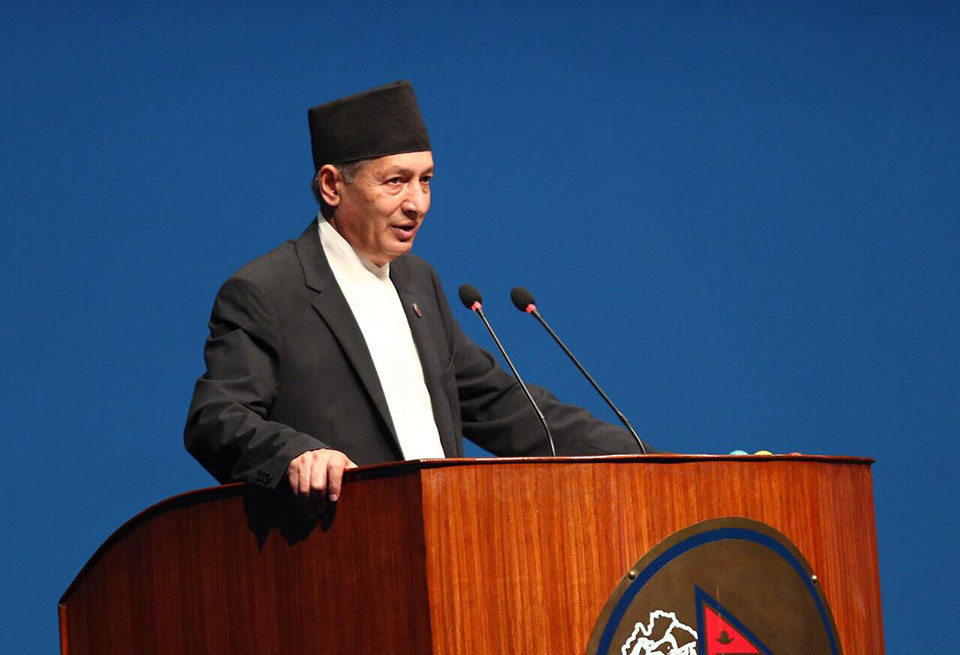 KATHMANDU, June 6: The second meeting of the House of Representatives (HoR) on Thursday has approved the proposal seeking consideration on the Appropriation Bill 2076 by a majority.

Finance Minister Dr Yuba Raj Khatiwada had presented the bill. The HoR will hold deliberations on the bill from June 10 to 21.

Speaker Krishna Bahadur Mahara informed the meeting that the discussions on the bill would be held on the basis of party representation.

Responding to the questions from the lawmakers regarding the bill in the meeting, Finance Minister Khatiwada said the government was working hard to make the import of chemical fertilizers easy for the development of the agriculture sector.

The Finance Minister stressed that the government has set the budget in such a way to facilitating the implementation of the fundamental rights.

Lawmakers including Prem Suwal and Parbati DC Chaudhary had commented on the bill.

Earlier, the Finance Minister had presented the 'Appropriation Bill, 2076', the Bill on ‘Mobilizing the Internal Loans, 2076', and the 'Loans and Guarantee (23rd Amendment) Bill, 2076'.

KATHMANDU, June 23: The session of House of Representatives (HoR) of Tuesday has endorsed the 'Appropriation Bill-2076BS' with a majority... Read More...

KATHMANDU, June 6: The government has clarified that budget for the coming fiscal year 2019/20 has been allocated in order... Read More...