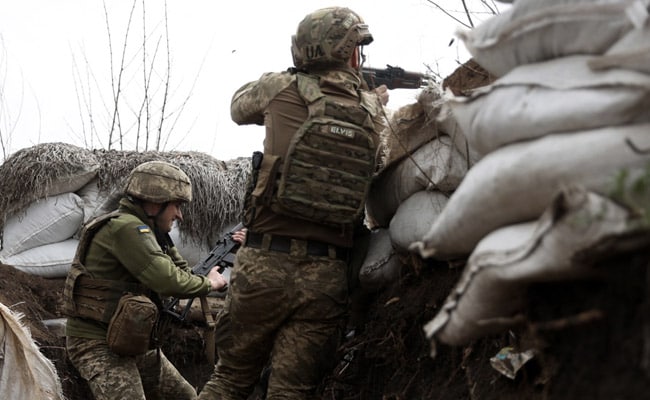 The author is a PhD scholar.
news@myrepublica.com

As the Russia-Ukraine war drags on and sanctions tighten, prices are projected to climb, causing a domino effect that would affect economies all across the world, including Nepal.

The entire world’s economy is increasingly being impacted by the escalating war between Russia and Ukraine. Inflation will rise, the economy will slow down, and financial markets will be disrupted in the short term. Aside from the human toll, the war has significant economic consequences, including infrastructure destruction, a shrinking labor force, inflation, scarcity, uncertainty, mounting debt, and disruption of normal economic activities.

In many circumstances, conflict causes inflation, which causes people's savings to disappear, increasing uncertainty, and a lack of faith in the financial system. When hostilities intensify and supply management is disrupted, increased oil prices are generally the result. The Russian invasion of Ukraine has driven up oil and gas prices, and will continue to do so. Its repercussions, which are already obvious in the market, cannot be ignored by Nepal. The economic sanctions imposed against Russia as a result of the attack will limit supplies and raise oil prices because Russia is a significant supplier of oil and gas. As a result, Nepali families are going to face the burden of the escalating Russia-Ukraine conflict. Commodity and food prices are projected to rise due to tensions in the European region. Nepal, on the other hand, has only sporadic direct commercial ties with Russia and Eastern Europe. The direct impact will be minor due to its low financial backing.

However, because the United States and members of the North Atlantic Treaty Organization (NATO) are spending money to support the conflict, the declaration of war will have the immediate impact of reducing the amount of development aid given to Nepal. Economic development aid to Nepal may be reduced in the future as a result of the war.

Another consequence of this conflict is that it will have an impact on the global supply chain. When it comes to Nepal's economy, it is heavily reliant on imports. More than 40 percent of Nepal's consumer demand is met by imports.

Nepal needs to focus on the following areas to minimize the impact on the economy: reducing needless petroleum use and developing hydropower. It is also vital to improve economic diplomacy so that the developing countries’ development aid is not jeopardized. At the same time, monetary and fiscal policy instruments must be executed correctly in order to alleviate market inflationary pressures. Financial initiatives such as reduced excise duty and value added tax (VAT) on fuel prices, for example, can be avoided.

Nepal does not have strong economic relations with Russia or Ukraine, but the conflict between the two nations would undoubtedly harm Nepal's already fragile economy. The violence has caused rising gasoline and food costs, which are harming Nepal's economy, which is already weakened by the epidemic, loss of tourists, diminishing remittances, a widening trade imbalance, and dwindling foreign exchange reserves.

Our country's economic situation was dire even before the war. The country's economy has already been damaged by falling tourist numbers and decreased foreign investment, and the protracted conflict has only made matters worse.

Another significant effect will be felt in the power industry. The Nepal Electricity Authority imports 600 megawatts of power from India. However, due to rising coal prices and supply disruptions, India has begun to reduce the 200 MW of electricity it has been giving to Nepal at subsidized rates. Similarly, Nepal used to pay India Rs 3 per unit, but this has now risen to Rs 7. Nepal is in the danger of returning to load-shedding if India continues to reduce electricity exports owing to the energy crisis. Despite the fact that Nepal's installed power generation capacity now surpasses 2,000 MW, during the dry winter months when river flow declines, it drops by one-third. Imports from India should be used to supplement the rest.

Between China and India, our 30-million-strong nation is completely reliant on imports to meet its energy demands. Following Russia's invasion of Ukraine and rising crude oil prices in the international market, Nepal Oil Corporation, a state-owned oil firm, has raised the prices of petroleum goods. The chain effect increases as the cost of petroleum rises.

The prices of food grains, soybeans, palm oil and other commodities such as iron have also started rising which has made life difficult for many Nepalis. Annual consumer price-based inflation rose to 7.1% in mid-March, and is now at 7.9%, a five-year high. It is soaring up now.

The trade deficit and the value of the nation's currency have both deteriorated as a result of rising prices and rising import bills, raising fears of a balance of payments crisis, which occurs when a country is unable to repay its imports or service its foreign debt. The trade imbalance expanded by 34.5 percent yearly to Rs 1.16 trillion in the first eight months of the current fiscal year, owing to higher import expenses.

According to a Reuters report, Nepal's total foreign exchange reserves fell to USD 9.75 billion by mid-February, down 17 percent from mid-July last year, and the current reserves are estimated to be enough to support imports for about six months.

Meanwhile, according to central bank data, remittances from overseas declined 5.8% to $4.53 billion between mid-July and mid-February, accounting for a quarter of Nepal's gross domestic product. With an estimated 3 million to 4 million Nepali migrant laborers globally, Nepal is the world's fifth largest remittance-dependent economy. For the past three months, the NRB has prohibited the import of luxury commodities such as vehicles, gold, and cosmetics in order to protect foreign exchange reserves. In the short term, this could help enhance foreign exchange reserves. However, this is not a long-term solution to the problem.

According to NRB authorities, Nepal is expected to miss its objective of 7% GDP growth by mid-July 2079.

"The current challenges are the reason for not being able to invest in property construction," stated Govinda Raj Pokhrel, former Vice-Chairman of the National Planning Commission. "Successive governments have failed to invest in wealth creation since the early economic reforms of the 1990s, relying on the cheap flow of remittances and import tariffs to run our economy," he added.

The economic crisis in Nepal has been compared to that of Sri Lanka, which has recently experienced severe economic turbulence. How many ministerial and political figures' homes have been set ablaze and how many have fled the country?

"Nepal is not on the same path as Sri Lanka," a former Nepali ambassador to Sri Lanka remarked. The country's status can be improved by expanding exports and domestic production while also attracting a limited quantity of remittances and foreign tourists.

Finally, as the war drags on and sanctions tighten, prices are projected to climb, causing a domino effect that would affect economies all across the world, including Nepal.

Nepal exported electricity worth Rs 1.72 billion to India in June, average price per unit stood at Rs 9.67
13 hours ago

President Bhandari emphasizes on role of law education for promotion of rule of law
9 hours ago
Rs 10,000 fine slapped on Rajpur's mayor for not providing information
10 hours ago

100 sacs of fertilizer meant for Rolpa ‘vanish’ in Dang!
10 hours ago

Three new cases of cholera reported in Kathmandu
12 hours ago