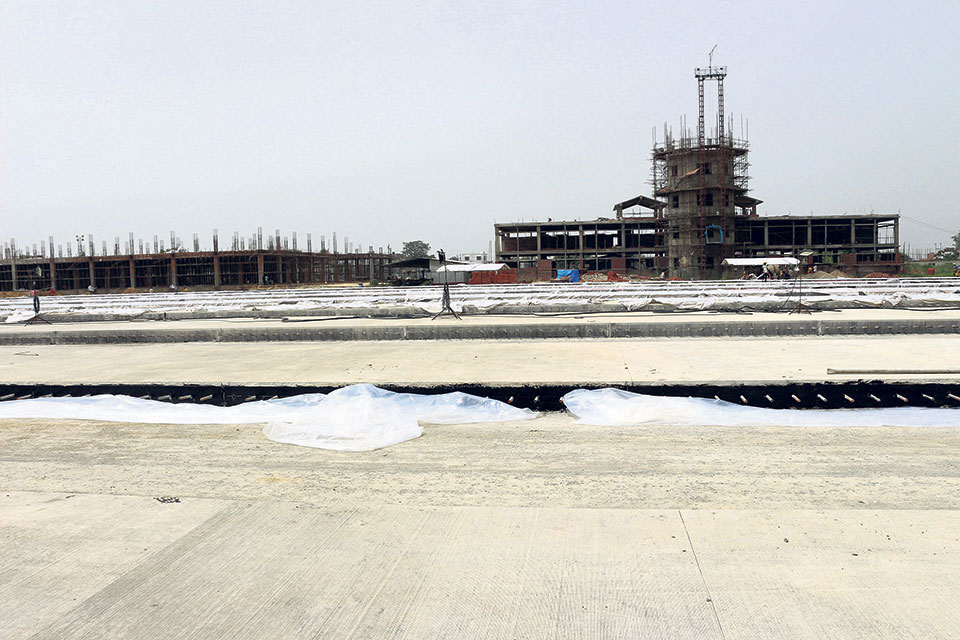 BUTWAL, Dec 9: President Bidhya Devi Bhandari has stressed on the completion of Gautam Buddha International Airport (GBIA) as soon as possible for the prosperity of Lumbini as well as for the development of tourism industry in the country.

Speaking at the 14th Establishment Day of Lumbini Buddhist University, President Bhandari said: “I request the government to work in cooperation with the local community and the private sector for the development of tourism industry in the country.”

She stated that Lumbini should be connected with other tourist destinations of the country and a Buddhist tourist circuit should be properly developed to attract Buddhist pilgrims from across the world.

‘DEVELOP LBU AS WORLD-CLASS INSTITUTION’
President Bhandari stressed on the need for developing Lumbini Buddhist University (LBU) as a world-class academic institution to convey the knowledge of humanity and peace.

“This university should not be limited on investigation and promotion of knowledge created during the Buddhist era. But this university also needs to bring new knowledge and information in the world,” she added.

Likewise, Tourism Minister Rabindra Adhikari said that the university should expand its academic area to cover diverse subjects like hotel management and travel and tourism along with Buddhist education.

Minister Adhikari also stressed on developing the university as a world-class academic institution. “The cabinet has taken a decision of providing five percent income of Lumbini Development Fund to the university,” he said, “Government will introduce major plans for the development of the university in coming days.”

He further said that remaining 30 percent work of the Lumbini master plan will get completed within three years. “Construction of the Buddhist circuit will surely contribute toward broader development of Lumbini,” he added.

Talking about GBIA project, the minister said that the airport will come into full operation within nine months. During that period, the work of upgrading the roads of Lumbini will also get completed, he ensured.

Tourism minister assures GBIA runway will be ready in 6 months

Retreating Russians leave their comrades’ bodies behind
55 minutes ago