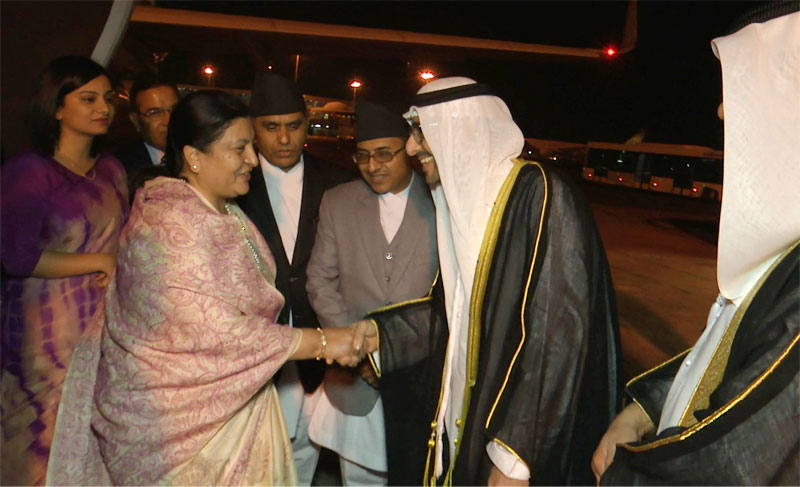 During the meeting, matters relating to mutual benefits and bilateral relations were discussed. Issues related to infrastructure, tourism and agriculture development and welcoming foreign investment in these sectors also featured during the discussion, according to Foreign Secretary Shanker Das Bairagi Bairagi, who was present in the meeting.

On the occasion, President Bhandari stressed on making the bilateral mechanism between two countries stronger and effective for the use of waters of the Himalayas and promoting tourism and developing infrastructures. She noted that the Nepali migrant workers in the UAE were supporting their family and the society at large through employment there.

Similarly, the Crown Prince praised the innocence and dutifulness of Nepali workers in the UAE.