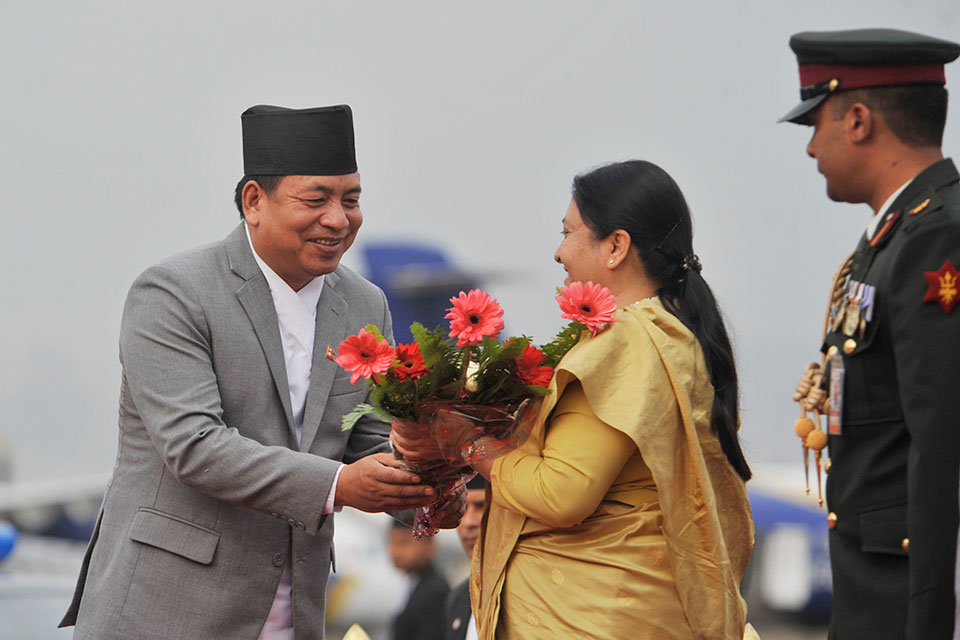 KATHMANDU, March 9: President Bidya Devi Bhandari is leaving for the United States on Sunday to participate in the High-Level Event on Women in Power to be hosted by the President of the UN General Assembly (PGA) Maria Fernanda Espinosa Garces in New York on March 12 .

President Bhandari is scheduled to address on the theme “How Women Leaders Change the World” during the event, according to a press statement issued by the Ministry of Foreign Affairs on Saturday.

In the evening of March 11, the President will attend a welcome dinner to be hosted by the UNGA President Garces in honour of the women Heads of State/Government.

On the side-lines of the high level event, UN Secretary-General Antonio Guterres and President of the UN General Assembly Maria Fernanda Espinosa Garceswill call on President Bhnadari at the UN Secretariat, according to the statement.

Ambassador of Nepal to the United States of America, Arjun Kumar Karki and Permanent Representative of Nepal to the UN Mr.Amrit BahadurRai will jointly host reception in honour of the President.