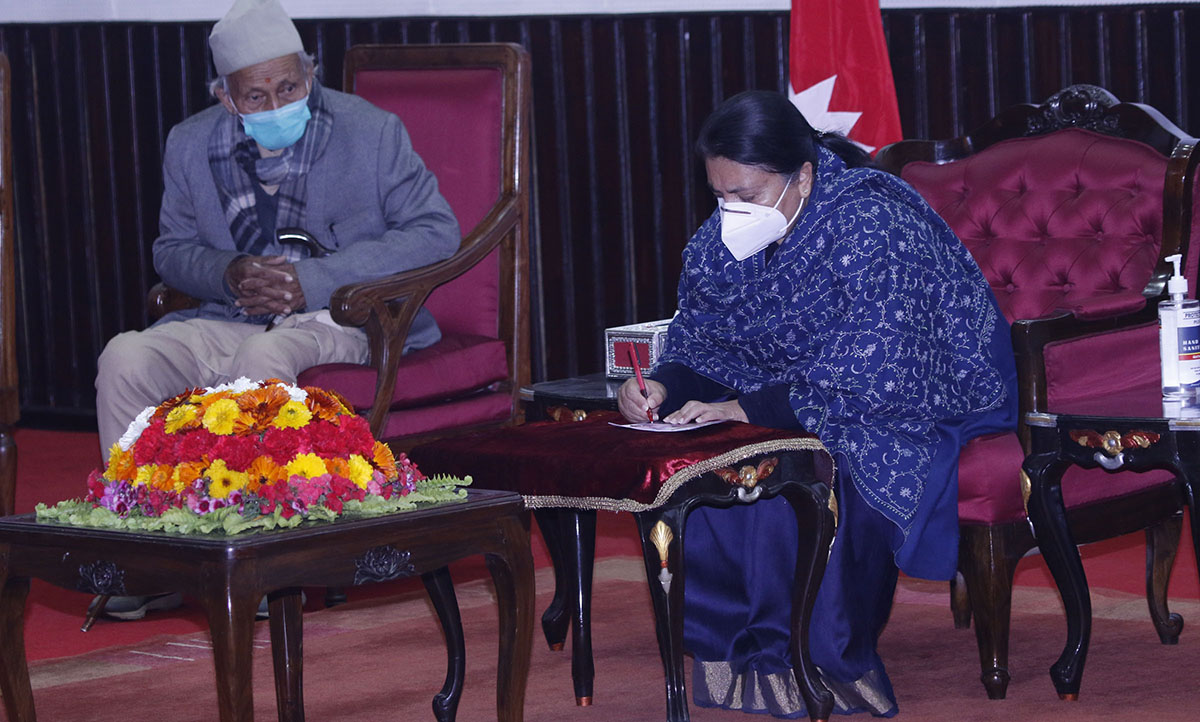 The program was organised by the Philatelic and Postage Stamp Management Office. One million stamps have been issued. A stamp of this commemorative issue is of Rs 10 denomination.

A meeting of the Council of Ministers last Sunday decided to give approval for issuing the postage stamp with the portrait of the centenarian Joshi. The Cabinet meeting on March 22, 2020 had decided to publish the postage stamp bearing the image of Joshi in course of approving the Philatelic Programme for 2020.

In the program, Lalitpur Mayor Chiri Babu Maharjan presented to the President five books authored by Joshi and a cassette CD named 'Krantika Lahar (Ripples of Revolution)', a collection of lyrics composed by him.

Joshi was born on 30 Baisakh 1977 BS at Ikhumbahal of Lalitpur. A writer, artist and expert on culture, Joshi was conferred the title 'Bangmaya Satabdi Purush' on Baishakh 21, 2074 BS. He is also the recipient of the prestigious literary award 'the Madan Puraskar' and was decorated with the 'Suprabala Gorkha Dakshin Bahu', 'Trishaktipatta', the 'Adikabi Bhanubhakta Puraskar, the 'Ujjwal Kritiman Rashtradeep' among other medals and decorations as well as awards. 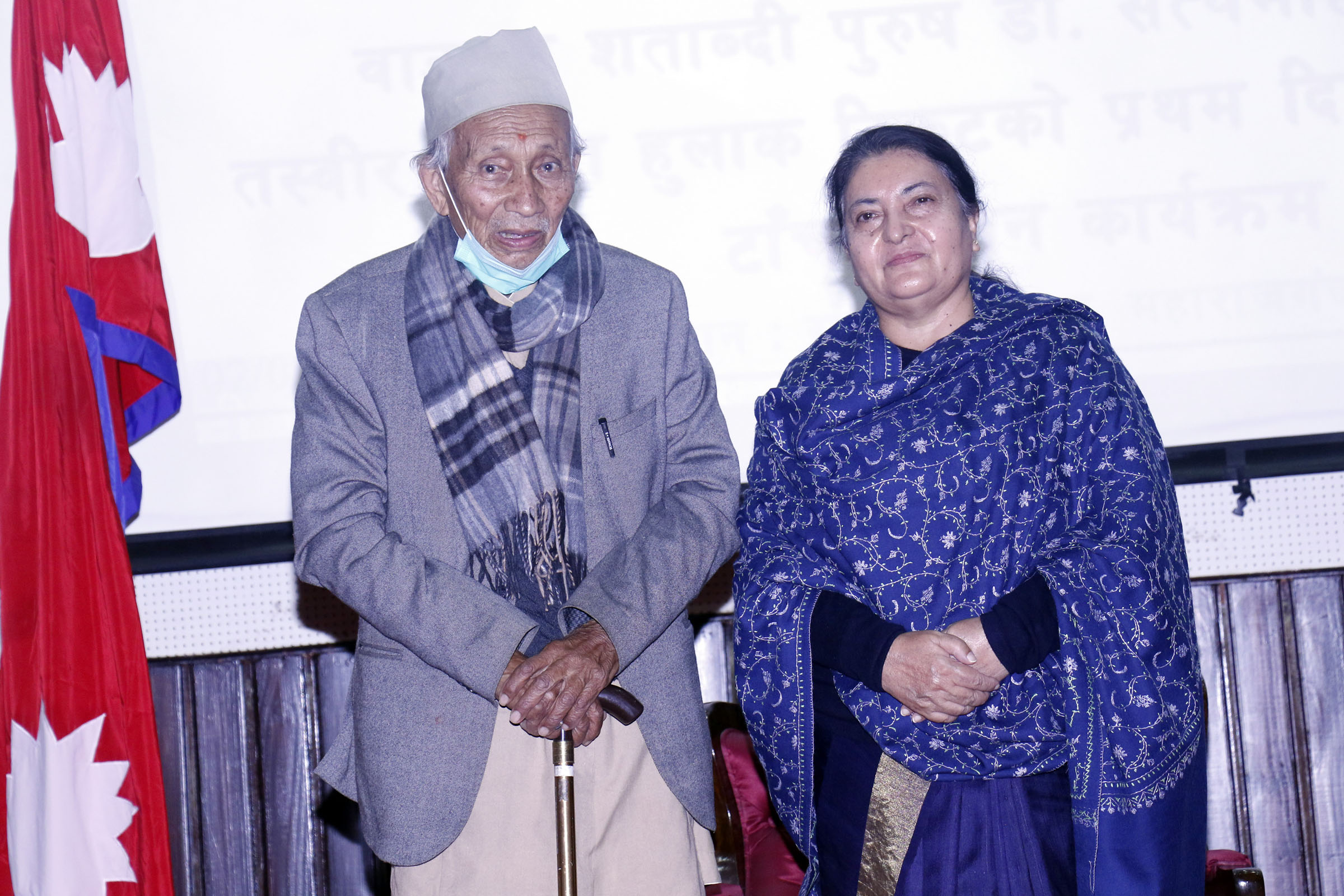 The Kathmandu University has conferred honorary PhD on him.

On the occasion, Minister for Communications and Information Technology, Parbat Gurung said Joshi has become the first living person, in the history of publication of postage stamps, on whose commemoration a postage stamp has been issued.

"A new history has begun in the life of the Bangmaya Satabdi Purush Joshi from today. This remains as a record of history. The state has honoured him," Minister Gurung, who is also the government's spokesperson, said.

Noting that the state considers Joshi as a knowledgeable person in arts, culture and literature, he said Joshi has remained as a witness to each day of this century.

Minister for Education, Science and Technology Krishna Gopal Shrestha, Kathmandu Mayor Bidya Sundar Shakya, among other dignitaries were also present on the occasion.

Our heads bow in obeisance when we remember culture expert Satya Mohan Joshi. Even as a centenarian , he is... Read More...

Two arrested for raping and murdering a minor
42 minutes ago