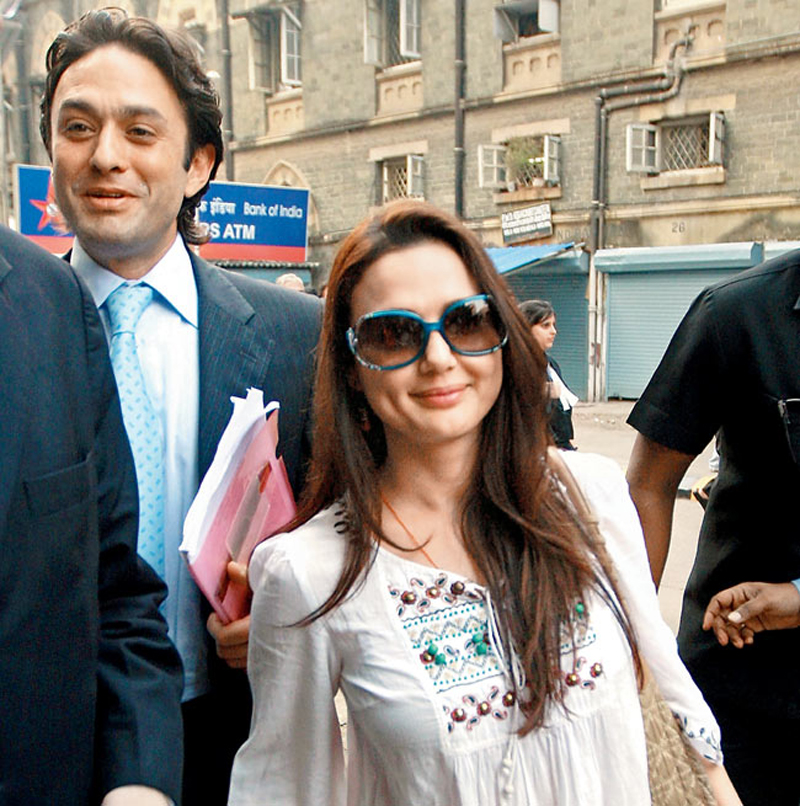 NEW DELHI, April 11: Indian Premier League’s tenth season not only has the cricket lovers excited but is also keeping all Bollywood followers glued to the screens. While performances of Tiger Shroff, Disha Patani, Malaika Arora and many others have already upped the entertainment quotient of IPL 2017, Preity Zinta and Ness Wadia’s small talk post their team, King XI Punjab’s win has made the headlines. Sources claim that the two were extremely happy about their win against Royal Challengers Bangalore in the April 10 game. Everyone knows how the two had a fallout in 2014 but now it seems the two have let go of their past and are in a cordial professional relationship.

Preity and Ness dated each other for 10 years reportedly. The two also became business partners when they became co-owners for Kings XI Punjab team in 2008. However, their relationship started to turn sour within a year of buying the team. In 2009, there were reports that Ness had slapped Preity at a party that they attended together. In 2014, Preity accused Ness of abuse and molestation.

She lodged a case in which she mentioned that Ness Wadia had gone “to the extent of threatening me with dire consequences and intimidating me by boasting of his political clout and connections.”

As per the report in India Today, Preity continued that during the match on 30th May, 2014 at Wankhede Stadium, “Mr Ness Wadia had intimidated me by saying that he could make me disappear as I was a nobody and only an actress and he’s a powerful person. I say that I have been tried to be very normal and nice to him as I wanted peace in my life, but the recent afore-stated incident in Mumbai at the Wankhede stadium has left me shattered and fear for my life.”

When Ness declined the allegations, Preity had put a stop to the entire controversy with a long Facebook post in which she wrote, “I humbly request the media and my supporters to pls focus on the issue and the incident that happened in Wankhade and not turn this and me into a TV soap. This is not easy for me and my intention is not to harm anyone but simply to protect myself and to stand up for myself. I don’t want any sympathy from anyone but i will sincerely appreciate it if people do not try to take away my dignity in the process of my fight for respect at my workplace. I think after all these years i deserve it and I’m not asking for too much.”

It has been three years since the entire controversy. And now, both seem to have moved on quite graciously. Preity had started off a new phase of her life after her marriage to businessman Gene Goodenough.

KATHMANDU, May 12: Kings XI Punjab has to chase the highest 246 runs target of this season-2018 presented by Kolkata... Read More...