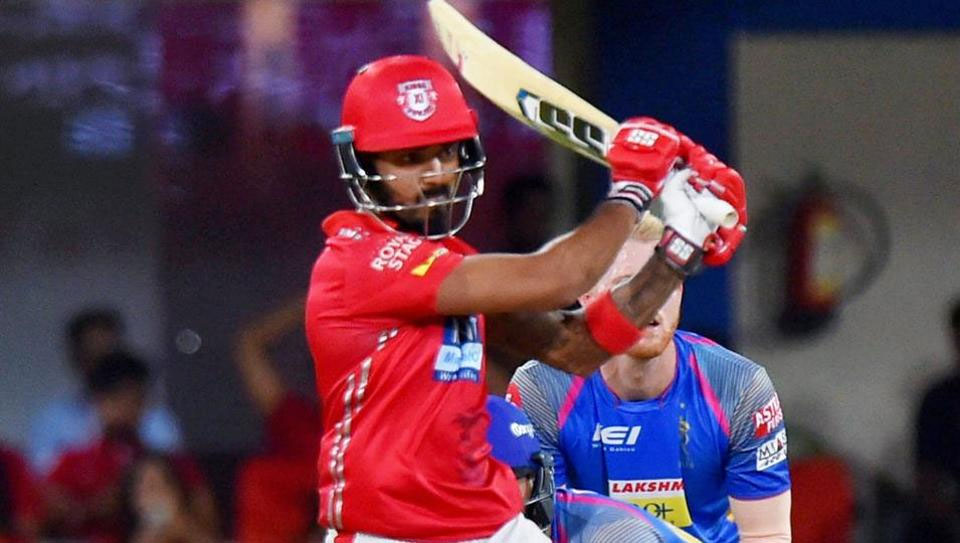 Kings XI Punjab batsman Lokesh Rahul guided them to victory over Rajasthan Royals at the Holkar Cricket Stadium in Indore on Sunday.(PTI)

KL Rahul, who smashed IPL’s fastest 50 earlier, paced his innings to a beauty to hand Kings XI Punjab a six-wicket win over bottom-placed Rajasthan Royals in IPL 2018 in Indore on Sunday.

KL Rahul, who hit Indian Premier League’s fastest fifty, toned down his aggression before exploding in a 54-ball 84 not out to carry Kings XI Punjab to a six-wicket win over bottom-placed Rajasthan Royals on Sunday.

Rahul took 44 balls to get to his half-century, in a display of great temperament by the young batsman who had lashed a 14-ball fifty earlier in the tournament. He launched into Jofra Archer in the 17th over, taking 16 runs off it, and then Jaydev Unadkat went for 15 in the 18th to kill Rajasthan Royals hopes for a win.

Rahul’s gritty knock came after Afghan spinner Mujeeb Ur Rahman’s heroic spell (3/27) to restrict Rajasthan Royals to 152/9 at the Holkar Stadium. KXIP finished on 155/4 in 18.4 overs.

It was Punjab’s sixth win out of nine games while Royals slumped to their sixth loss. RR have five games left and will be out of the playoffs race if they lose any.

KXIP openers Chris Gayle and Rahul were watchful at first before the latter targeted spinner K Gowtham, smashing him for three boundaries in the third over.

Gayle, who hit a fifty against Mumbai Indians on Friday, fell to Jofra Archer for eight in the fourth over. It was a short and wide delivery and the former West Indies captain walloped it straight to the fielder at point, Sanju Samson.

Soon, Mayank Agarwal (2) fell to Ben Stokes. The Karnataka batsman has had a poor tournament, scoring 118 runs in nine games.

Rahul got support from Karun Nair (31) as the duo put on a 50-run stand before the latter inside edged Anureet Singh onto his stumps. Promoted up the order, Axar Patel (4) failed to leave KXIP struggling at 87/4 in 12.5 overs.

But Rahul and Marcus Stoinis showed composure as their unbeaten 68-run partnership sealed the deal for the hosts.

The Karnataka batsman got a reprieve in the 15th over when Sanju Samson took a stunning one-handed ‘catch’ at point off Unadkat but replays indicated the ball had bounced.

After an average outing against Mumbai Indians, KXIP bowlers, especially spinners, performed brilliantly. Led by a three-wicket haul from Mujeeb, the hosts restricted Ajinkya Rahane’s side to 152/9. Barring Jos Buttler (50), no batsman could contribute substantially.

Asked to bat, Royals got off to a poor start as D’Arcy Short fell to KXIP skipper R Ashwin in the first over. The Australian tried to slog but got a leading edge and Andrew Tye caught at mid-on. Left-arm spinner Axar then removed Ajinkya Rahane in the fourth over.

Buttler put on a 49-run stand with Sanju Samson (28) before the Kerala batsman was removed by Andrew Tye in the 11th over. Samson’s dismissal sparked a collapse as RR lost four wickets within the next five overs.

Stokes (12) failed again while Buttler and Archer (0) both fell to Mujeeb off successive deliveries in the 15th over. Gowtham (5) was caught by Stoinis at mid-wicket off Ankit Rajpoot.