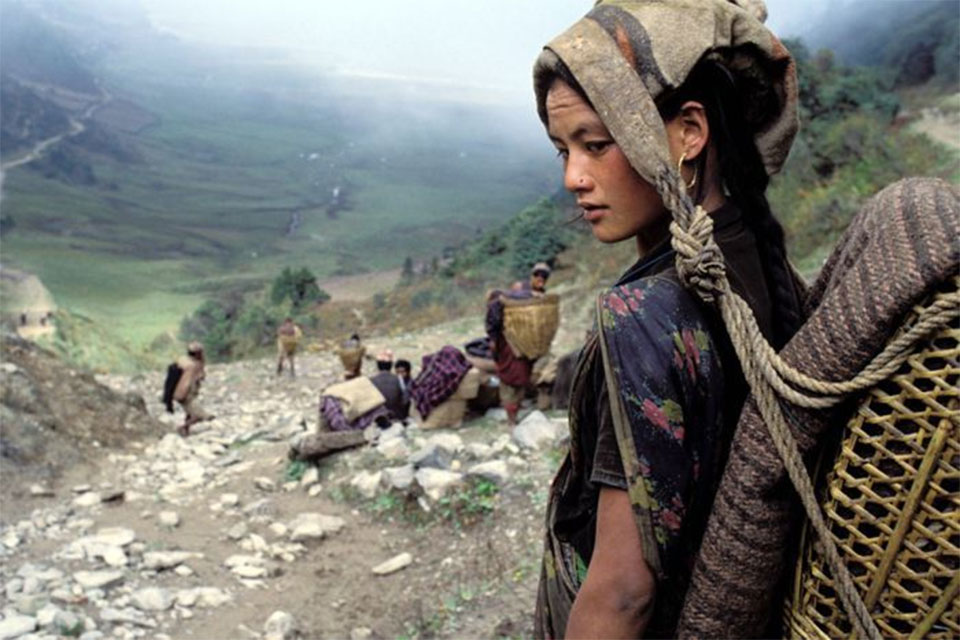 Expectant mothers in Nepal are trekking for days in rough conditions to glimpse their unborn children at Australian-run ultrasound clinics.

Humanitarian organisation Australians for Women's Health, which is building a hospital for women and babies in the country's east, has also run ultrasound clinics around Nepal.

Founder Ray Hodgson, an obstetrician from the New South Wales mid-north coast, said his team was amazed when hundreds of women started arriving at a clinic north-west of Pokhara.

"They would walk for days, they would come over the mountains and across the rivers, simply to have an ultrasound and see a picture of their baby," he said.

Port Macquarie midwife and registered nurse Louise Harper was working at the clinic and said it was astonishing to see the lengths pregnant women would go to access the service.

"Some of them were really, really unwell, very frail and thin, and you would wonder how they could keep going," she said.

Dr Hodgson said the ultrasound clinics had helped to break down cultural stigma, which in the past often meant Nepalese women would not come in for treatment.

"When they arrived, we could then start showing videos of breastfeeding and hygiene and the nurses would take their blood pressure and vaccinate them and that sort of thing," he said.

"Just those simple things can make the world of difference and reduce the mortality for women and babies," she said.

Construction is expected to start soon on the mothers and babies hospital being built by Australians for Women's Health in Bhimeshwa (also known as Charikot), a district in the country's north-east.

Dr Hodgson said he hoped it would help many women and children, especially those with pregnancy complications.

"Most women in rural Nepal deliver at home and that's where most deaths occur for mums and babies," he said.

"To put it in perspective, to lose a mother in pregnancy in Australia is really rare, it's about six per 100,000 births.

"In Nepal every four hours a mother dies, and every 15 minutes a baby dies — usually from preventable causes."

Australians for Women's Health is also conducting surgeries for women suffering genital prolapse, a huge issue which can be caused by the hard conditions of their pregnancies.

Dr Hodgson said when electricity was turned off they operated by torchlight and used unconventional heating methods.

"It gets very cold in the mountainous areas, and we need to warm intravenous fluids, so we have used a chicken incubator, and had to clear out the chickens — they weren't very happy."

"The woman's self-esteem comes from being able to provide for the family and help out at home, and when she develops this severe prolapse it's so uncomfortable her working day is very limited," he said.

"So women are thrown out of home and they are often on their own, they wander around, and suicide is the leading cause of death in Nepal for women aged between 14 and 50."

Dr Hodgson said they were trying to help reduce the incidence of prolapse, with some Nepalese women were also working with them to change attitudes.

"We've been inspired by a 12-year-old girl we call Poppy," he said.

"She has a lot of grit and has developed the confidence to stand up and be counted, and we think maybe she can inspire others," he said.