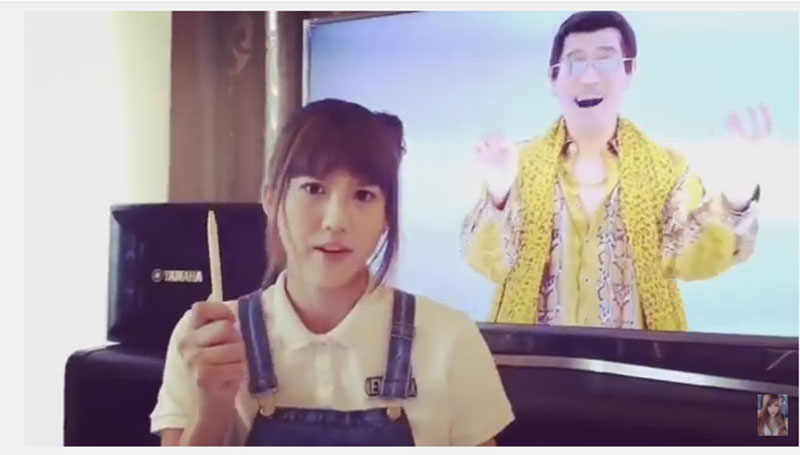 A Japanese comedian gained overnight fame singing about a pen, an apple and a pineapple. Piko Taro made this catchy song about putting pens inside apples and pineapples and it's taking over the internet.

Dubbed "PPAP", which stands for Pen Pineapple Apple Pen, the song's YouTube video has received over 5 million views to date. It has been shared 1 million times in 9Gag.Time says it could be the next viral hit.

Most of the verses are simple English sentences like "I have a pen. I have an apple," but the rest are in Japanese.

The video shows Piko Taro in a colorful yellow outfit against a white background, swaying and singing the PPAP song.

People are apparently hooked upon hearing the song, so take this as a fair warning before watching the video below:

Piko Taro is a character played by Japanese actor and songwriter Kazuhiko Kosaka. According to the site Spoon-Tamago, Kosaka introduced the character in live performances. It was an instant hit, and he decided to make music videos as Piko Taro. PPAP was uploaded in August 2016.

The success of PPAP has been tremendous worldwide, and Kosaka has expressed his gratitude. In a Twitter update, he said: "Everyone and I am PIKOTARO. I'm very happy because many people see PPAP from all over the world this time".