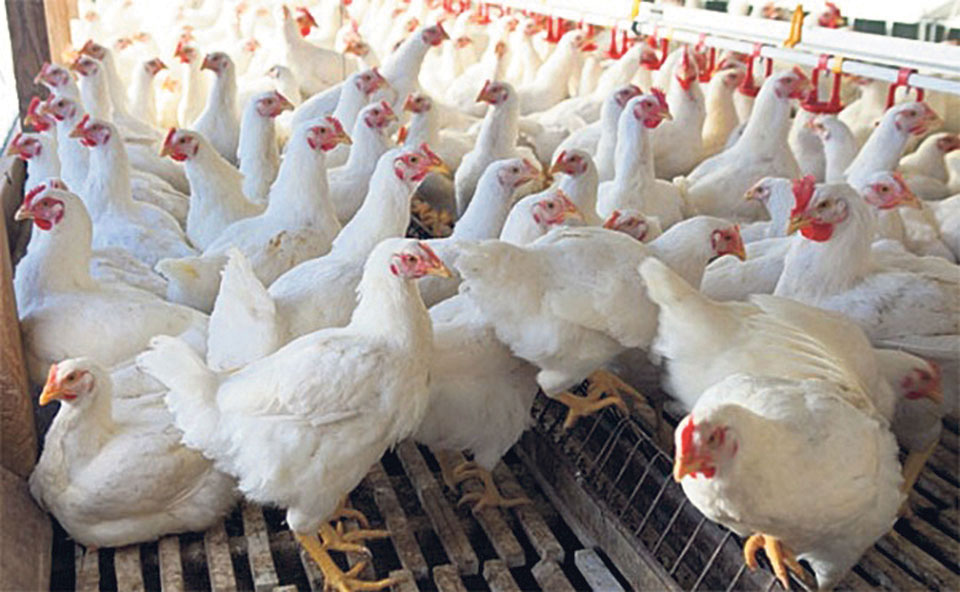 BANEPA, April 1: Poultry entrepreneurs are facing a loss of nearly Rs 220 million per day due to the nationwide lockdown.

“In seven days of lockdown, the price of poultry has decreased significantly and the industry is facing a crisis whereas we managed to recover from bird flu and earthquakes in previous years,” said Tika Ram Pokhrel, vice-president of Nepal Poultry Federation, “Farmers are ready to sell their broiler chickens. The produced eggs are ready to be sold but we cannot sell it in the market. Poultry farmers are also facing shortages of grains to feed the chickens. Poultry entrepreneurs are facing a tough time.”

On a daily basis, 3,000 to 35,000 metric tons of grains are required depending on the age of the chickens. The lockdown has also affected grain producers and many of them have shut down their operations while remaining few are producing grains in limited amount.

“There is a shortage of required raw materials to run the poultry industry. Many employees have also returned to their villages and there is a shortage of grains for the chickens. We cannot even transport the grains available due to shortages of vehicles,” said Rabin Puri, chairperson of Nepal Grain Industry Association. According to the association, there are 105 grain industries all over the country.

Likewise, before the lockdown, hatchery industries also stopped hatching eggs as they figured out that farmers will not rear chickens for the time being. “Breeder farm and hatchery industries are facing a daily loss worth Rs 30 million to Rs 45 million,” said Tika Ram Pokhrel chairperson of Nepal Hatchery Industry Association. According to the association, there are 324 breeder farms and hatcheries in Nepal.

KATHMANDU, April 24: The Supreme Court has issued order requiring all bodies of the state to be sensitive in the... Read More...

Internet bandwidth increases by 25% amid lockdown

KATHMANDU, March 29: The use of internet bandwidth has increased by 25% in recent days due to the nationwide lockdown.... Read More...

Raute people gear up to celebrate Dashain
7 hours ago