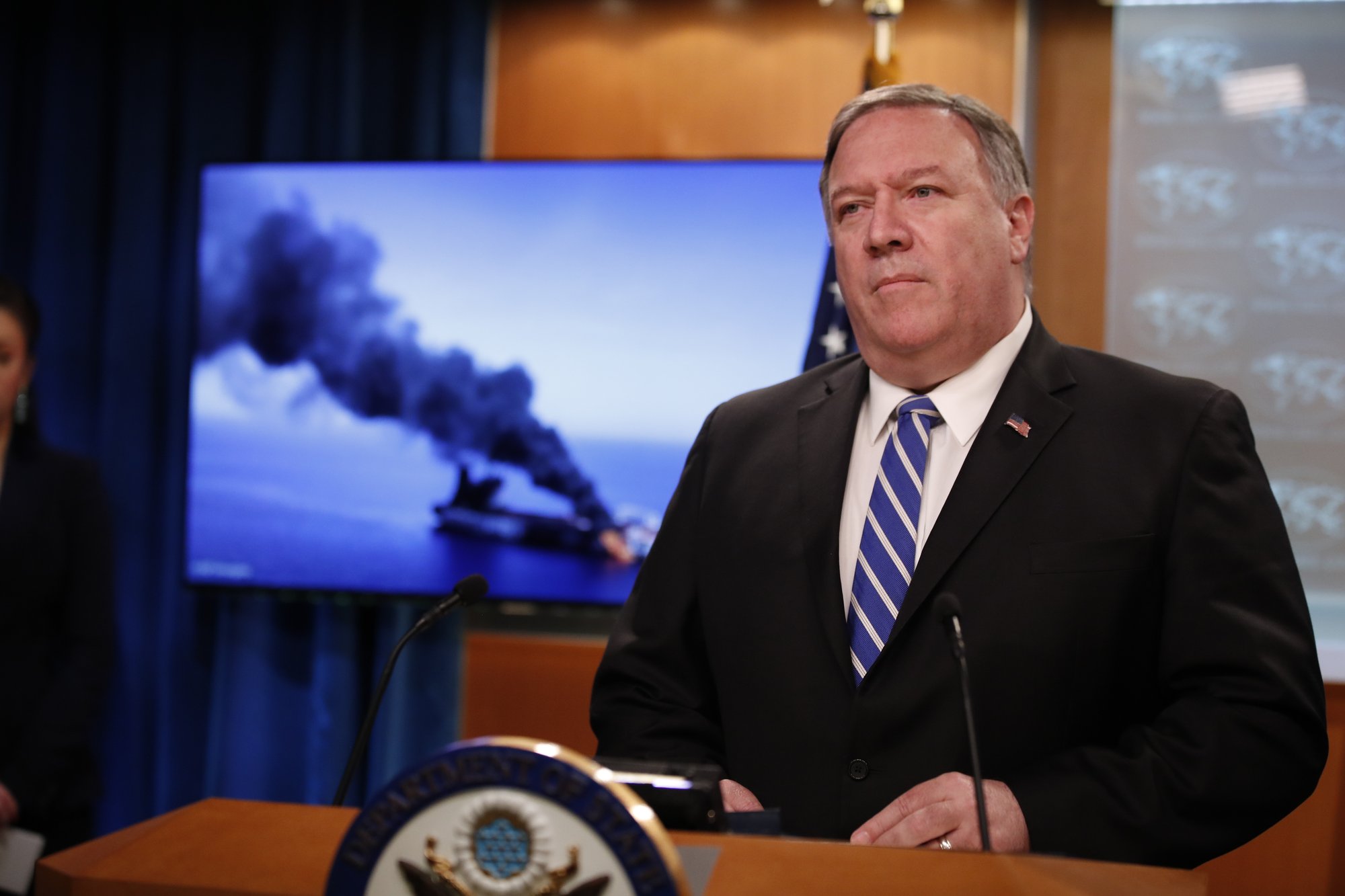 WASHINGTON, June 17: Secretary of State Mike Pompeo is working the phones to convince wary leaders in Asia and Europe that Iran was behind alleged attacks on shipping in a key Middle East oil route — and that it’s a problem for the whole international community to deal with, not just the United States.

While calling U.S. evidence “unmistakable” that Iran was to blame for alleged attacks on two oil tankers last week near the Strait of Hormuz, Pompeo was emphasizing international diplomacy over any possible new U.S. military response in appearances on Sunday news shows.

“We are going to work to build out a set of countries that have deep vested interest in keeping that strait open to help us do that,” Pompeo said.

“I made a bunch of phone calls yesterday. I’ll make a whole bunch more calls today. The world needs to unite,” Pompeo said. He did not say what kind of action the Trump administration was envisioning.

Iran has denied being involved in the attacks and accused America of promoting an “Iranophobic” campaign against it.

Pressed on whether new U.S. military deployment to the region was possible, Pompeo said that “of course” remained among the options that President Donald Trump may consider to keep oil tankers moving through the narrow strait, a strategic choke point for oil shipments from the Middle East.

Trump last year withdrew the U.S. from an international agreement, signed in 2015 by President Barack Obama, to limit Iran’s nuclear program. Trump has reinstated economic sanctions and recently ended waivers that allowed some countries to continue buying Iranian oil. That has deprived Iran of oil income and has coincided with what U.S. officials said was a surge in intelligence pointing to Iranian preparations for attacks against U.S. forces and interests in the Gulf region.

The U.S. has accelerated the deployment of the USS Abraham Lincoln aircraft carrier battle group to the region, sent four nuclear-capable B-52 bombers to Qatar and bolstered its defenses in the region by deploying more Patriot air defense systems.

Some European allies have called for a careful investigation of responsibility, worried that Trump was escalating tensions with a country he has long called a top U.S. enemy.

Pompeo stressed that the U.S. gets relatively little of its energy supplies through the strait, which lies between the Persian Gulf and the Gulf of Oman. The U.S. Energy Information Administration says 16 percent of U.S. petroleum imports came from the Persian Gulf countries in 2018.

By contrast, about 80% of oil through the shipping passage supplies energy-hungry countries in Asia, including China, Japan, India and South Korea. Those countries have an interest in keeping the oil flowing, he said.

“I’m confident that when they see the risk — the risk of their own economies and their own people and outrageous behavior of the Islamic Republic of Iran, they will join us in this,” Pompeo said.

Pompeo said intelligence officials had “lots of data, lots of evidence” that Iran was responsible. Pressed for specifics, Pompeo pointed to grainy black-and-white footage already released by the U.S.

Pompeo said the administration had shared the video and other unspecified evidence with Germany and other nations.

Asked if the U.S. had a credibility problem with allies worried Trump could be seeking a pretext to move against Iran, the secretary of state said, “We’re not selling anything. These ... these are simple facts.”

US aircraft carrier deployed over Iran remains outside Gulf

ABOARD THE USS ABRAHAM LINCOLN, June 4: A U.S. aircraft carrier ordered by the White House to rapidly deploy to... Read More...