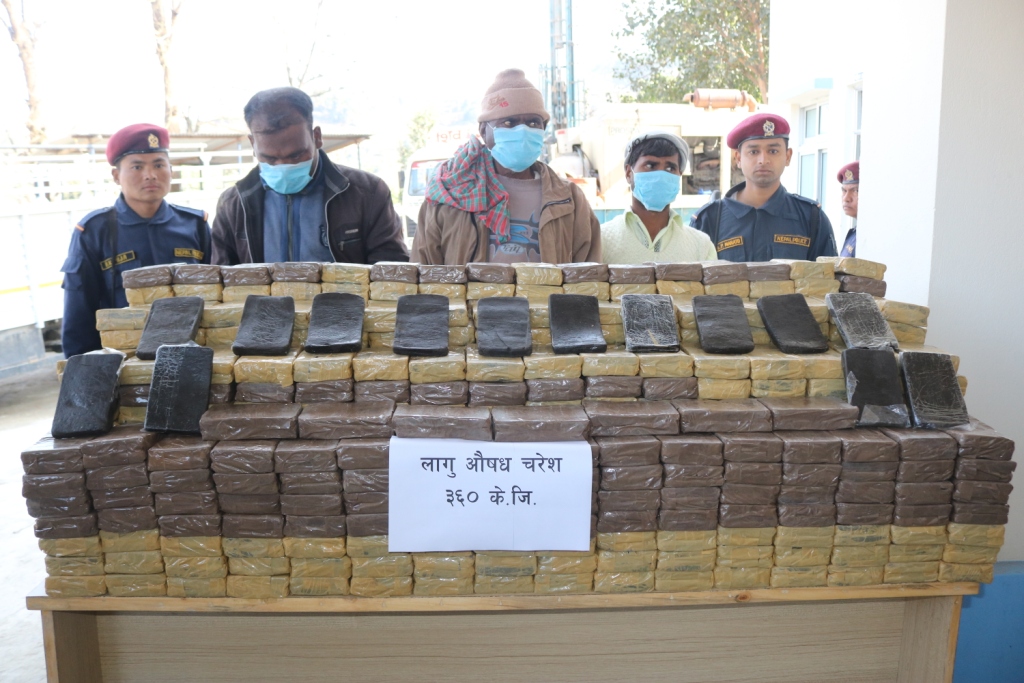 The District Police Office (DPO), Dhading arrested Om Prakash, 64, of Mainapuri, Marpal Verma, 29, of Faruwa, and Gulab Khan, 34, of Motihari from Gajuri Rural Municipality-2, with 360 kilograms of hashish. They were trying to smuggle the narcotic drug in an Indian container (HR 55 M 9484).

The arrest comes as a result of coordination between the National Narcotics Control Bureau, Koteshwar and the DPO, Dhading. Chief of DPO, Dhading, Superintendent of Police (SP) Raj Kumar Baidwar informed Republica that one of the three arrestees, Gulab Khan seems to be the kingpin of the drug smuggling racket while the other two were just the vehicle operators.

SP Baidwar claimed that the arrest should be taken as a major step in controlling smuggling and production of narcotics in Nepal. He added that the arrestees even tried to jump into the nearby Trishuli River when the police team confronted them.