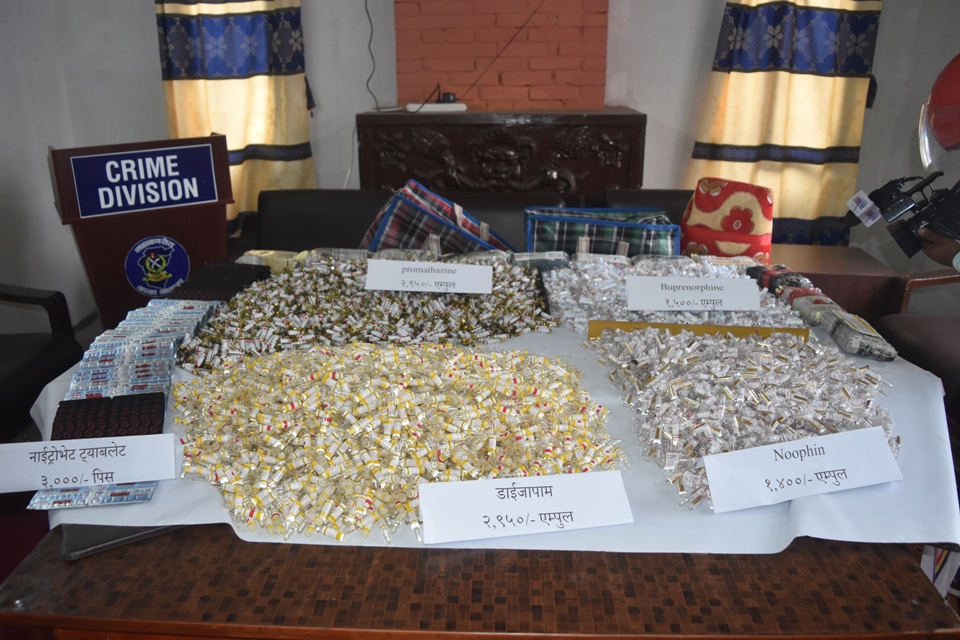 KATHMANDU, Sep 8: Police have seized a huge cache of contraband drugs from a vehicle in Bhaktapur district on Tuesday morning.

Acting on a special tip-off, a squad of police mobilized from the Baneshwar-based Metropolitan Police Crime Division confiscated 2,950 units of Diazepam, 3,000 ampoules; 2,950 units of Promethazine; 1,500 units of Buprenorphine, and 1,400 units of Noophin.

During a security check, police confiscated the drugs from a container with registration number Na 3 Kha 989 at Sallaghari along the Arniko Highway. Likewise, police have also arrested Bishnu Pradhan and Damber Bahadur Pradhan. “They [arrested] had hidden the drugs under the seat of the vehicle,” according to police.

After interrogating the arrested, police were also able to nab Sankhar Khadka, 32, from Budhanilkantha area. According to police, all the arrestees are permanent residents of Sindhupalchowk district.

The Crime Division is investigating the case, police said. 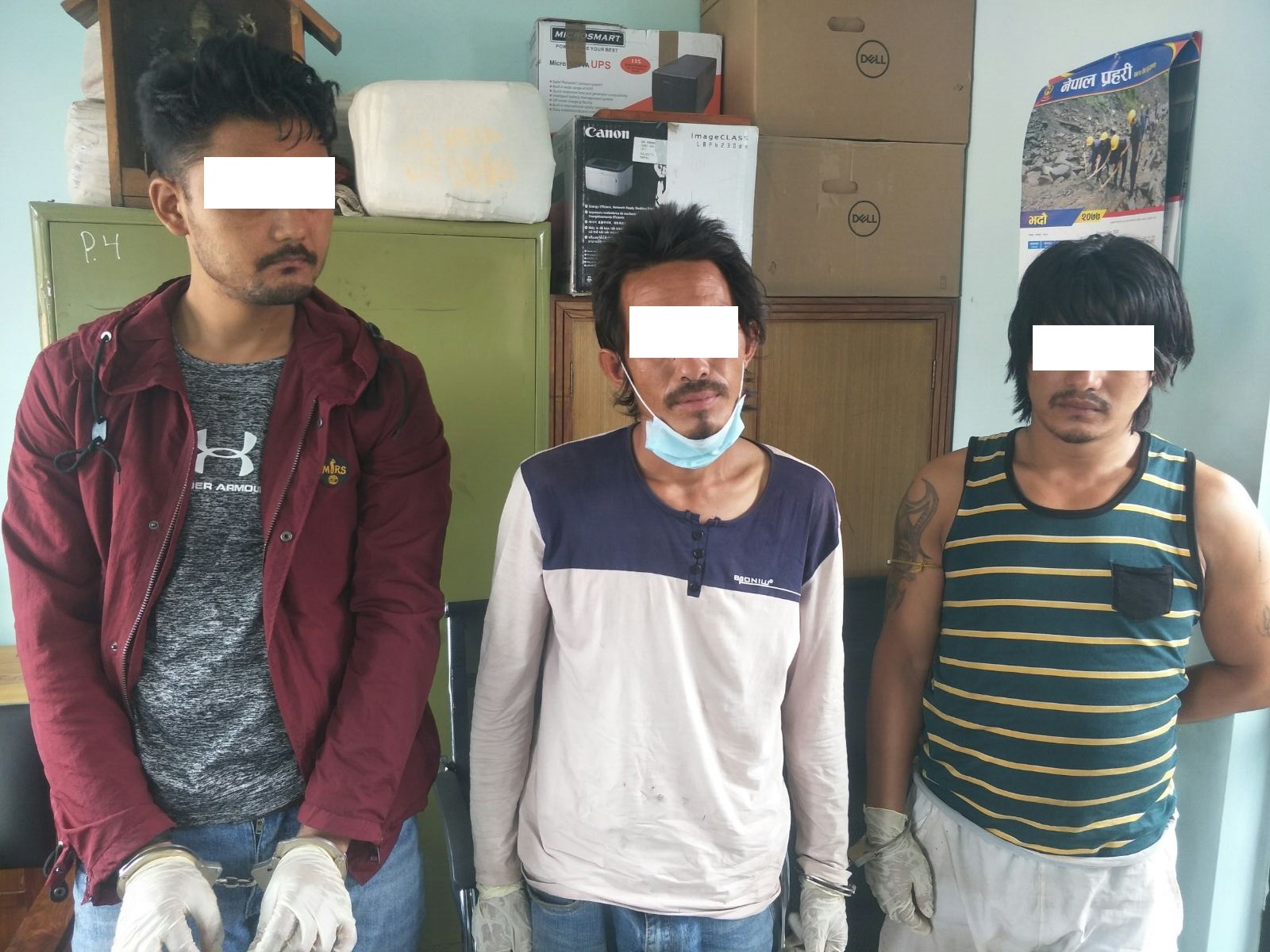 BHAKTAPUR, Nov 22: With several fresh faces filing their nominations for the upcoming parliamentary and provincial elections, an interesting and fierce... Read More...

Driving license being issued from Bhaktapur

National Assembly to meet on January 31
51 minutes ago