LAHAN, Dec 7: Police have arrested Mahatab Alam, one of the accused of the 2008 Rautahat mass killing, which took place on the eve of the Constituent Assembly elections.

Alam is the younger brother of former minister Mohammad Aftab Alam who was also arrested on the charge of his involvement in committing several murders in Rajpur of Rautahat district in April 2008.

Mahatab Alam, who was on the run for several months following the arrest of his brother in October last year, was taken control from Motihari district in the Indian state of Bihar in coordination with the Indian Police, according to the police sources. Chief at Provincial Police Office in Janakpur, Deputy Inspector General Dhiraj Pratap Singh, however, stated that he was arrested from Badki Bankul of Baudhimai Municipality-7 along the Nepal-India border region.

His elder brother, Alam, who is also a Nepali Congress lawmaker, has been accused of killing dozens of persons in a massive blast which occurred at the cowshed of Alam’s relative, Sheikh Idrish,  when the victims were making bombs, which allegedly left 14 dead and eight injured. Alam has been accused of taking the blast-injured and the dead to a nearby brick kiln and throwing them in the furnace to destroy the evidence. Later, it was learnt that all those killed were making bombs to create terror in the Constituent Assembly elections to secure Alam’s win.

As per the investigation by police, Alam had killed eight of the injured witnesses in a brick kiln. A team of police led by DSP Nabin Karki arrested Alam at Idris Gate in Rajapur Municipality-1, while he was on his way to attend a tea reception organized by Nepali Congress in the district headquarters, Gaur.

Five of the 11 accused, including Mohammad Aftab Alam, have so far been arrested in connection with the incident. 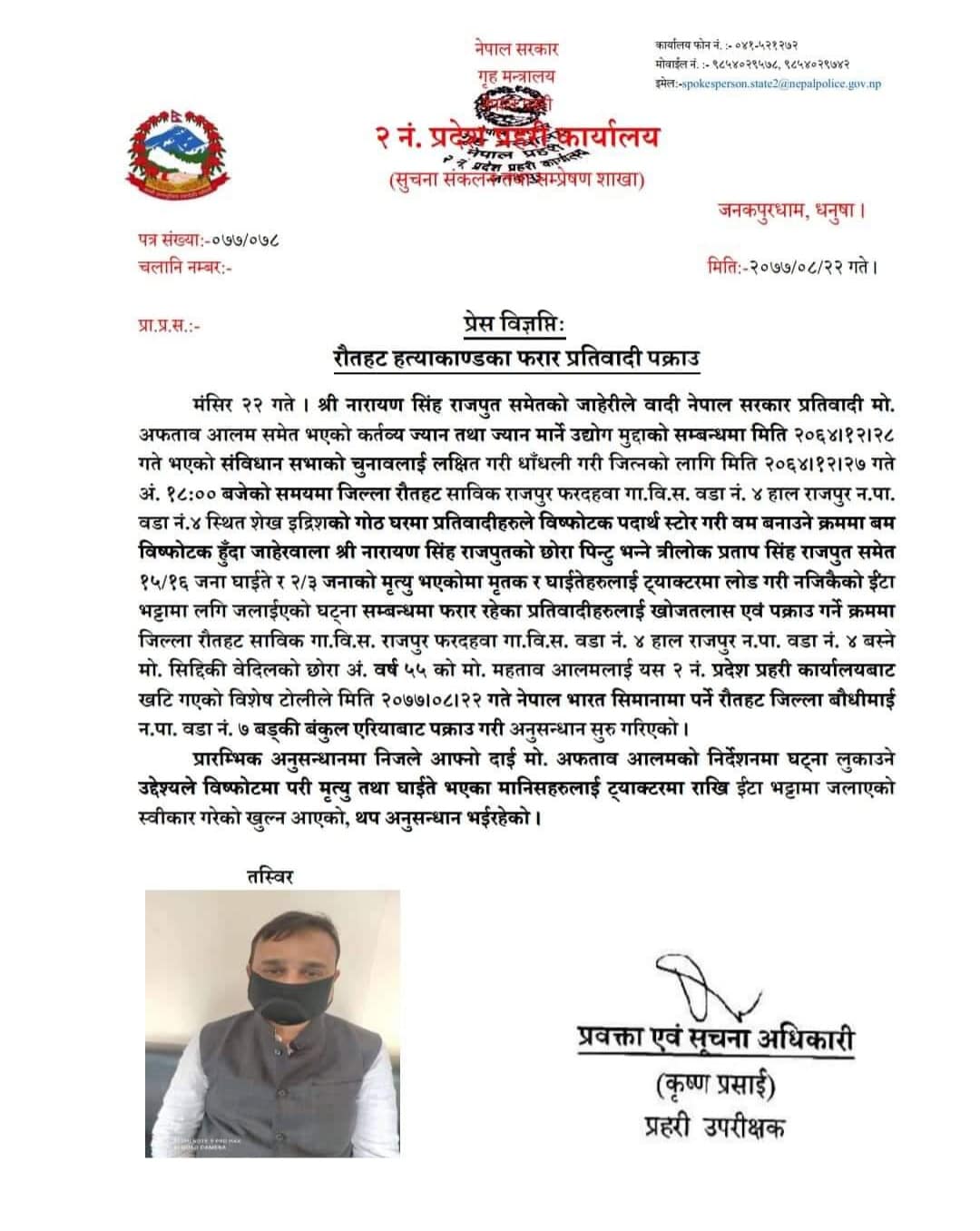 RAUTAHAT, Oct 20: The victims of the 2008 bomb blast in Rautahat district have started coming in the contact of... Read More...

KATHMANDU, Sept 7: The arrest of former minister and Sadbhawana Party leader Shyam Sundar Gupta on Monday on a charge of... Read More...