'Pokhara to get its first sky bridge by upcoming April' 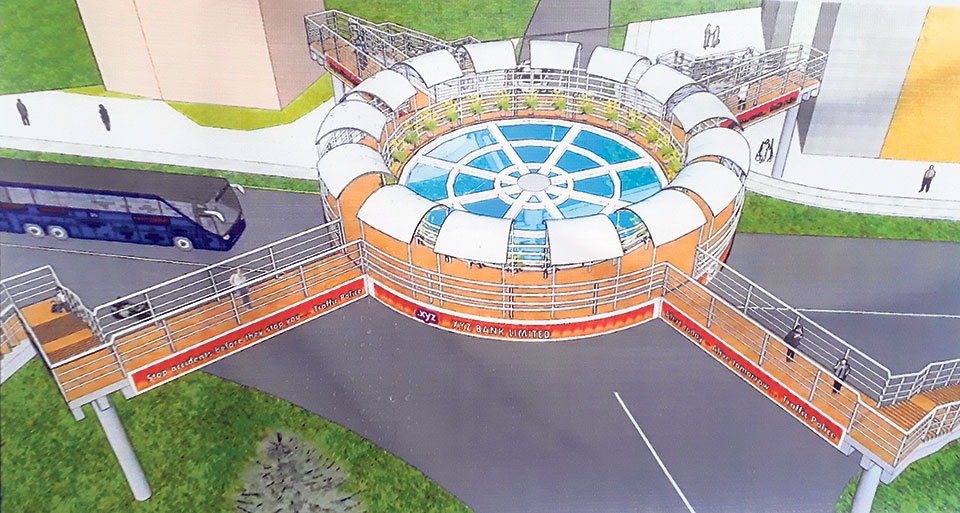 POKHARA, Dec 14: The Pokhara Metropolitan City is constructing a pedestrian bridge at Srijana Chowk, Pokhara-8, aiming at reducing traffic congestion in the area.

The Chief Minister of Gandaki Province Prithivi Subba Gurung on Friday laid the foundation stone of the bridge. The metropolitan city is constructing the bridge at an estimated cost of Rs 23 million.

Baral further added that the metropolis has allocated a total of Rs 20 million, while late minister Rabindra Adhikari had provided Rs five million from the Constituency Development Fund for the project.

The project will be completed on time, said engineer Baburam Bhandari. The contract between the construction company and the metropolis was signed on May 19, 2019.

The under-construction project will be the first sky bridge of Pokhara.

Speaking after laying the foundation stone, Chief Minister Gurung said there is a need of coordination between three layers of governments to carry infrastructural development projects.

“There should be coordination for planned development of Pokhara city,” he said. He also warned that Pokhara would be chaotic like Kathmandu if infrastructural projects are not properly planned.

“The provincial government has focused on upgrading the main road of Pokhara into four lanes. The government will conduct a feasibility study for upgrading the road,” he said, adding that the road will be upgraded from next year.

Likewise, Deepak Koirala of the Finance and Development Committee of Gandaki Province said that the bridge will help Pokhara to establish itself as a smart city. “The bridge is a positive step toward developing Pokhara as a smart city,” he said, adding now traffic signals should be added in the region.

Similarly, Man Bahadur GC, mayor of Pokhara Metropolis, said the metropolis is also working to construct an underpass or flyover at Prithivi Chowk. He also said that the metropolis, from the next year, will start adding traffic signals in Pokhara.

POKHARA, August 8: The spread of COVID-19 has crippled Nepal’s tourism industry as the flow of international tourists to visit... Read More...