PM Oli to face vote of confidence on March 11 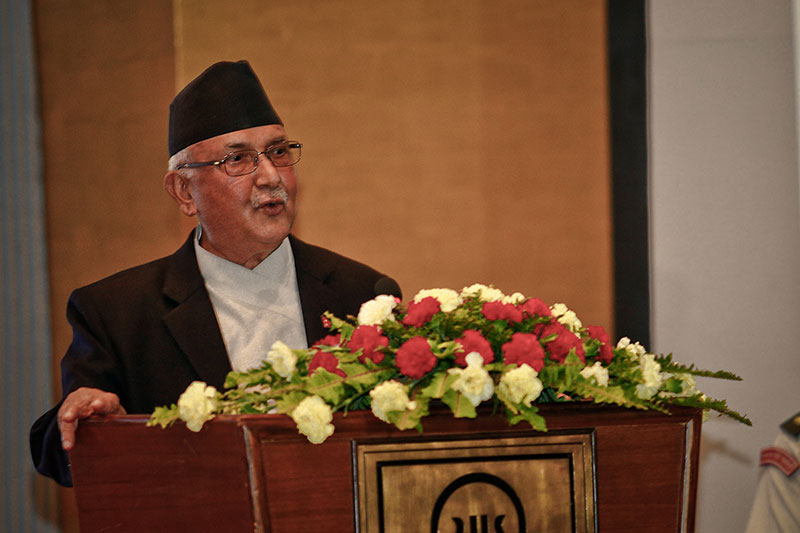 KATHMANDU, Mar 4: Prime Minister KP Sharma Oli would be seeking a vote of confidence from the Federal Parliament on March 11.

The spokesperson at the Federal Parliament Secretariat, Dr Bharatraj Gautam told RSS that a meeting of representatives of political parties represented in the House of Representatives held today forged a consensus for the same.

Article 76 (4) of the Constitution requires that the Prime Minister take a vote of confidence in the House of Representatives within 30 days following his/her appointment to the post. President Bidya Devi Bhandari had appointed Chairman of the CPN (UML) and newly elected member of House of Representative, Oli to the post of Prime Minister on February 15.

As per the Constitution, the election of Speaker and Deputy Speaker of HoR and Chairman and Vice-Chairman of NA should be held within 15 days of the first meeting of the Federal Parliament.

The meeting also forged a consensus to present the Interim Rules of Procedures required for running the Federal Parliament in the first meeting scheduled for March 5 and it would be passed on the same day, said Gautam.

KATHMANDU Mar 11: Out of  268 present in the session, Prime Minister KP Sharma Oli has secured 208 votes of confidence... Read More...