PM saddened by Tuladhar's demise; last rites to be performed with national honor 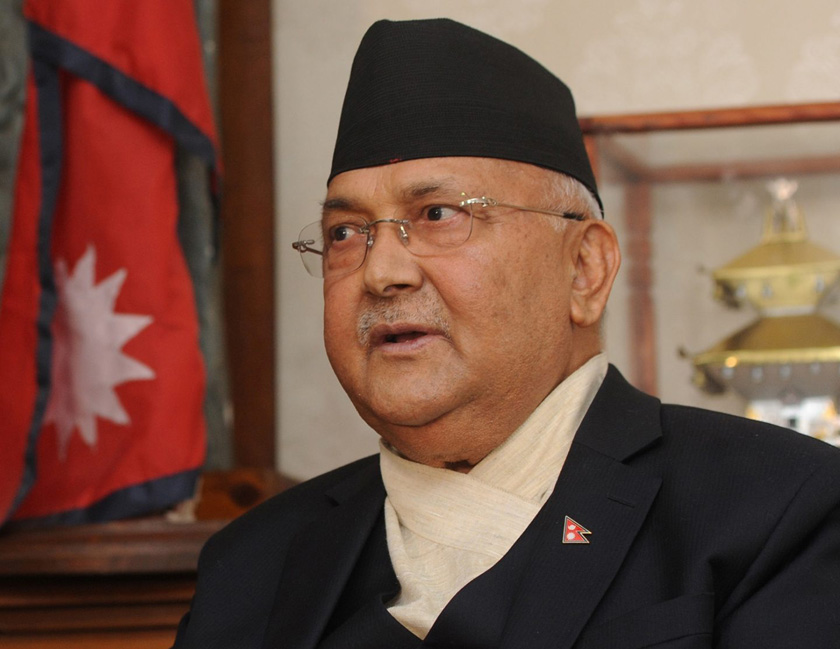 In a condolence letter written to Tuladhar’s wife Nil Shova Tuladhar on Sunday evening, PM Oli remembered late Tuladhar as a true nationalist, democrat and a person who always fight for social equality and peace in the country. Stating that late Tuladhar had a great leadership for the prosperity of the people, PM Oli termed him as a peace and human right activist.

PM Oli has stated that he played a key role in the peace process of the country.

The letter was handed over by PM Oli’s wife Radhika Shakya on behalf of PM Oli to late Tuladhar’s family at latter's house Lazimpat.

Tuladhar passed away at Norvic International Hospital in the capital Sunday afternoon. He was 78. He was admitted to Annapurna Neuro Hospital nine days ago after he suffered brain hemorrhage. Tuladhar was then shifted to Norvic Hospital for further treatment. 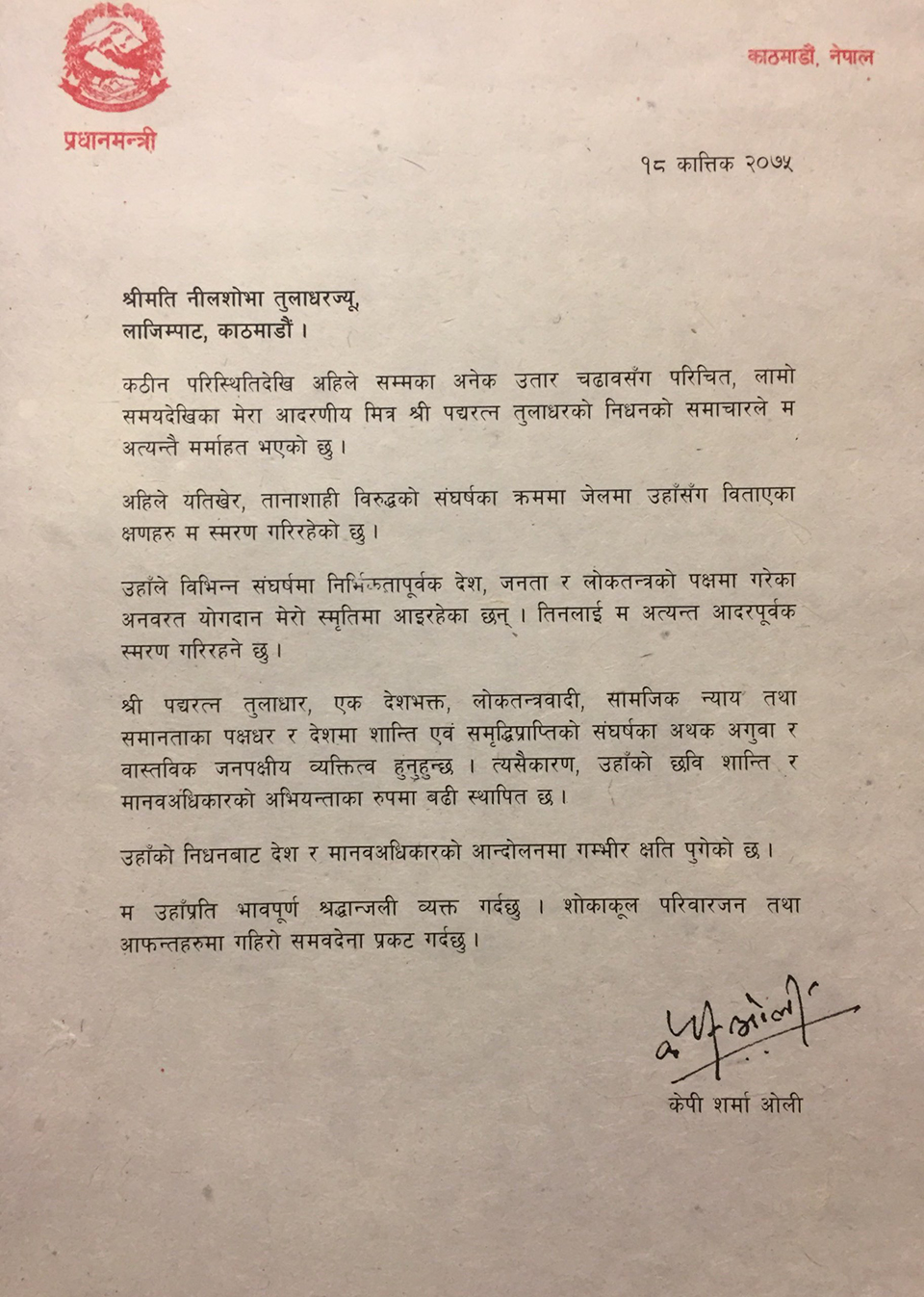 KATHMANDU, Nov 26: Prime Minister KP Sharma Oli has said that the pace of development would be expedited. ... Read More...