NC chides PM for his jibe against critics 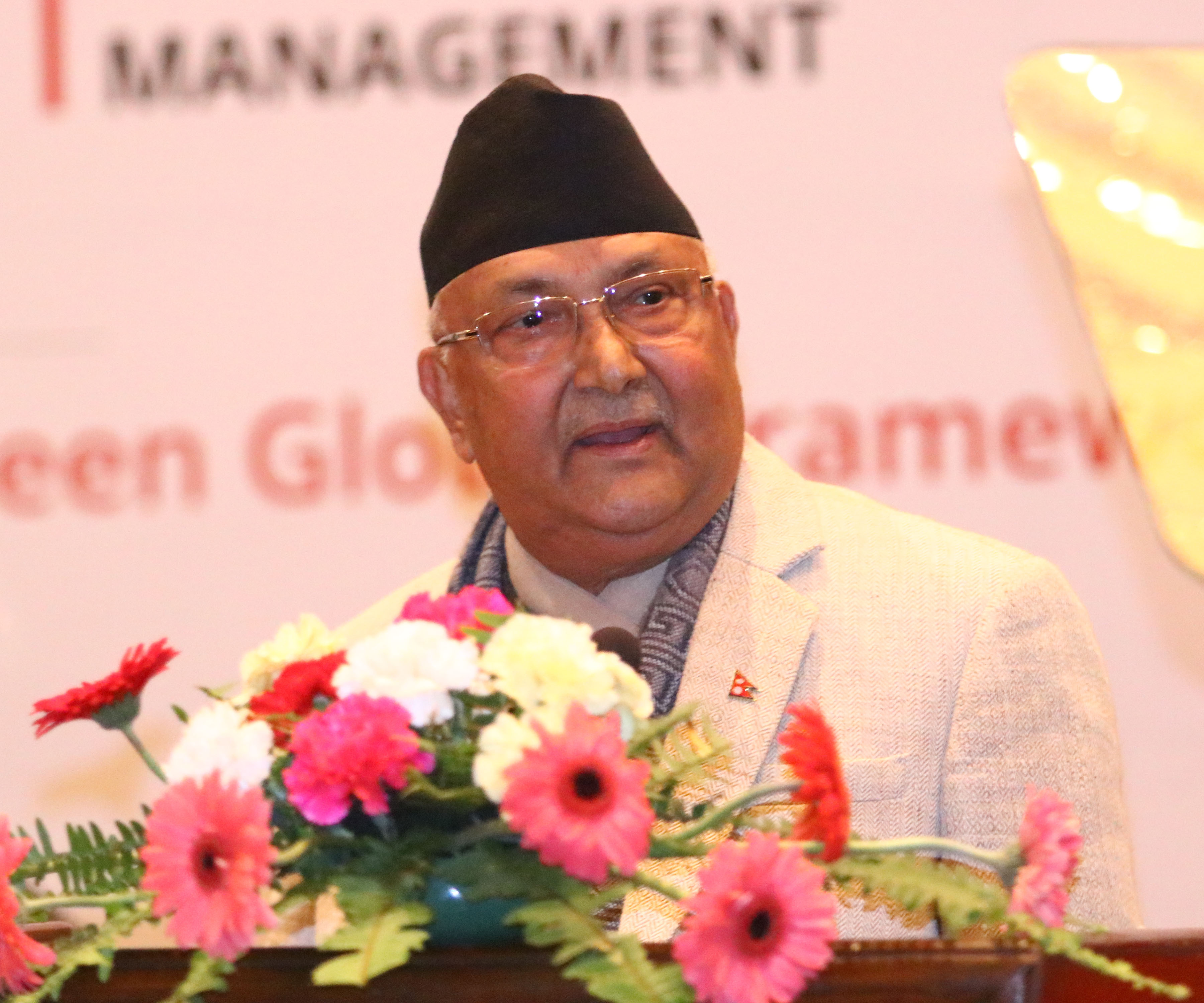 Prime Minister Oli on a show aired on the state-owned Nepal Television Wednesday had said that those who are criticizing him will be at a loss for words if he responded to them.

KATHMANDU, Dec 8: The main opposition party, Nepali Congress (NC) has taken strong exception to the controversial remarks by Prime Minister KP Oli against the members of the intelligentsia who criticize the government's decisions.

A Central Working Committee (CWC) meeting of the party has termed the threatening remarks of Prime Minister Oli as an attempt to stifle freedom of expression guaranteed by the constitution. The party also cautioned the prime minister to bear in mind the stature and dignity of his position while making such remarks.

Referring to the criticisms made by several members of the intelligentsia against him in recent days, Prime Minister Oli on a show aired on the state-owned Nepal Television Wednesday had said that those who are criticizing him will be at a loss for words if he responded to them.

The main opposition party also criticized the move of the government to tear down the posters of Kanchanpur rape and murder victim Nirmala Panta. Issuing a press statement, NC spokesman Bishwa Prakash Sharma said that such a move by the authorities undermines the citizens' right to peaceful assembly.

While urging the government to book those involved in Nirmala's murder at the earliest, the NC has also warned that it would announce a series of protests over the issue if the government did not show pro-activeness to book the culprit(s).

In a separate context, NC has also drawn the attention of the government to the 'whimsical decisions' of the deputy mayor of Gauradaha Municipality in Jhapa which the party said were made without consulting the mayor. Since the municipality falls under the electoral constituency of Prime Minister Oli himself, the party claimed that such decisions were taken with due knowledge and consent of the prime minister.