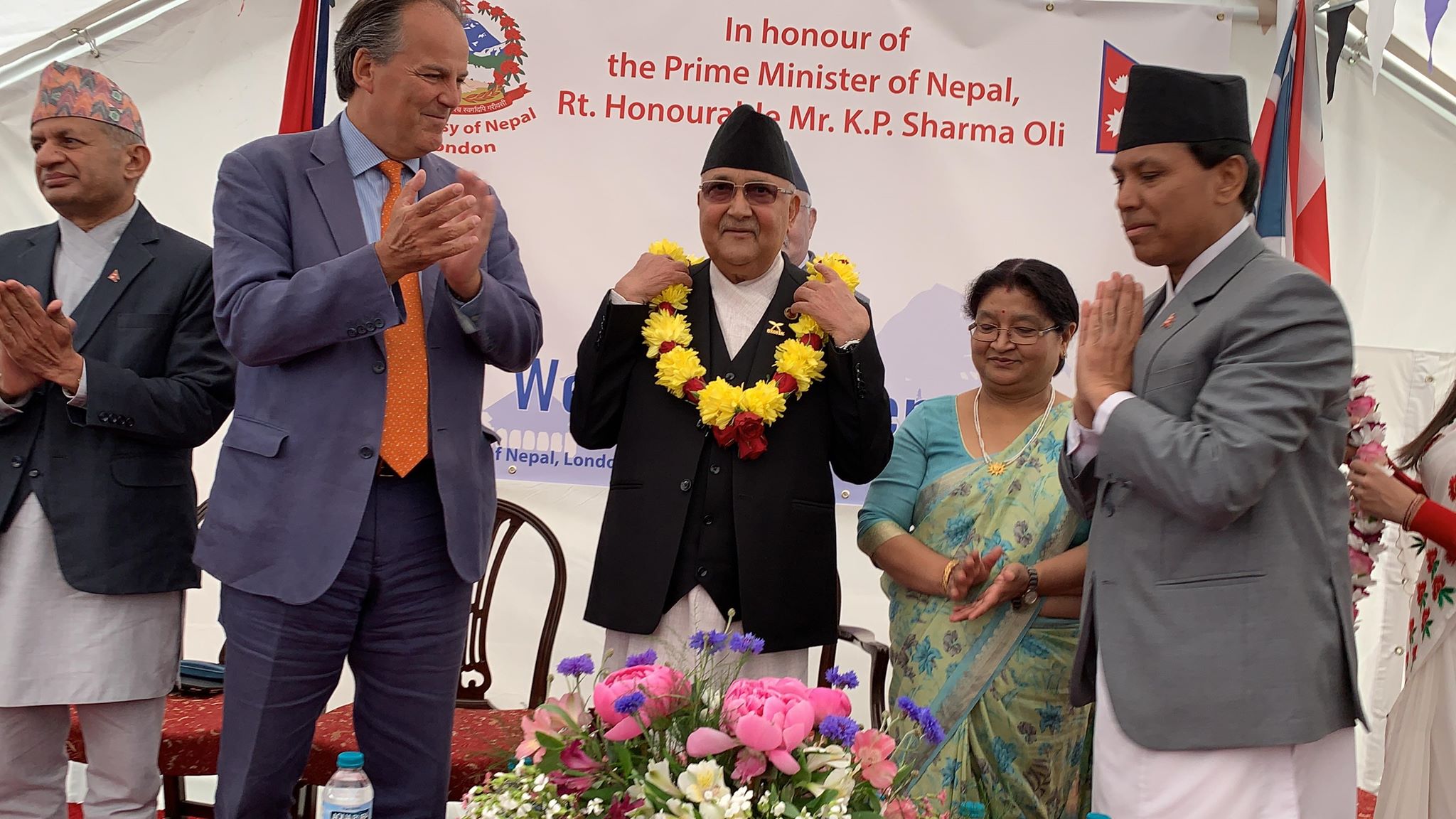 KATHMANDU, June 12: Prime Minister KP Sharma Oli has urged Nepali living abroad to wrap-up their business and return home. While speaking at a special program held at Nepali Embassy in London on his honor, PM Oli urged the Nepali residing in London to return to the country to work for the country.

Stating that Nepalis are always at the forefront in learning, PM Oli argued that once they learn and earn in foreign land, it would be better for Nepali to focus on Prosperous Nepal, Happy Nepali campaign. He praised Nepali residing in the United Kingdom for their unity and their love for the motherland.

Adding that Gurkha serving for the British Army are popular for their courage throughout the world, PM Oli reiterated that Nepalis are also responsible and sincere in their duties.

Following the program, Prime Minister KP Sharma Oli and his delegation, presently in the Europe visit, is leaving for France today. He is scheduled to travel to Paris, the capital city of France, by train from London. 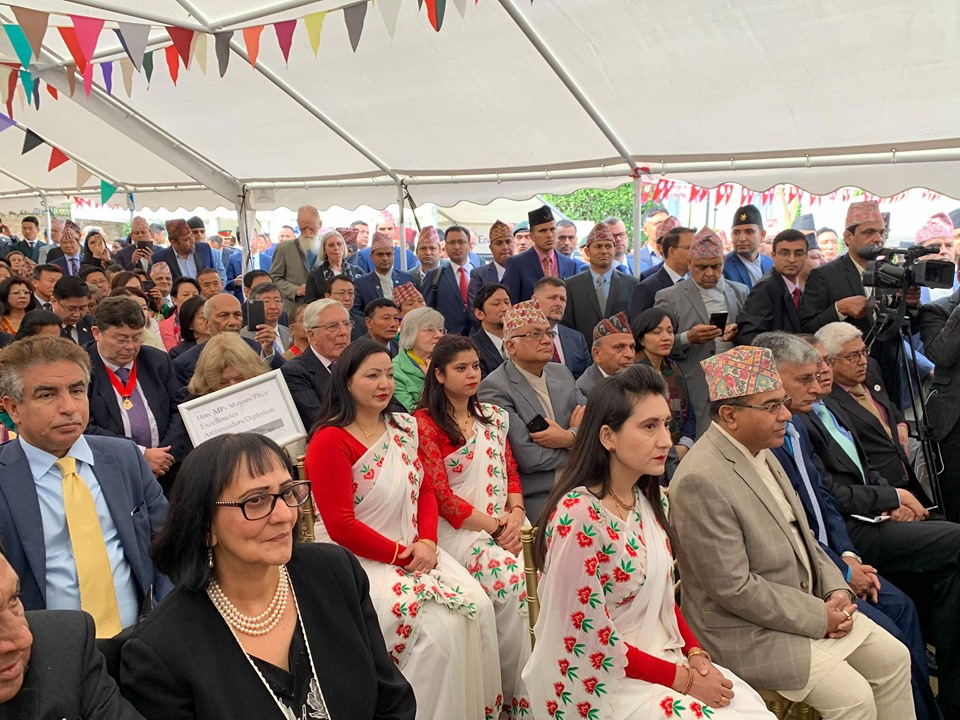 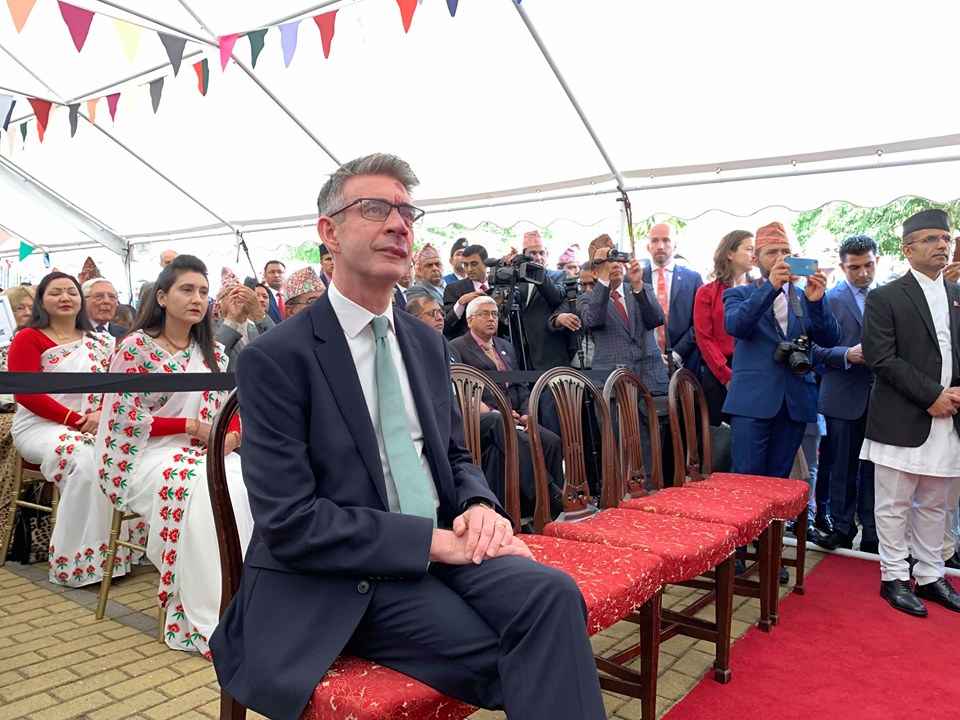 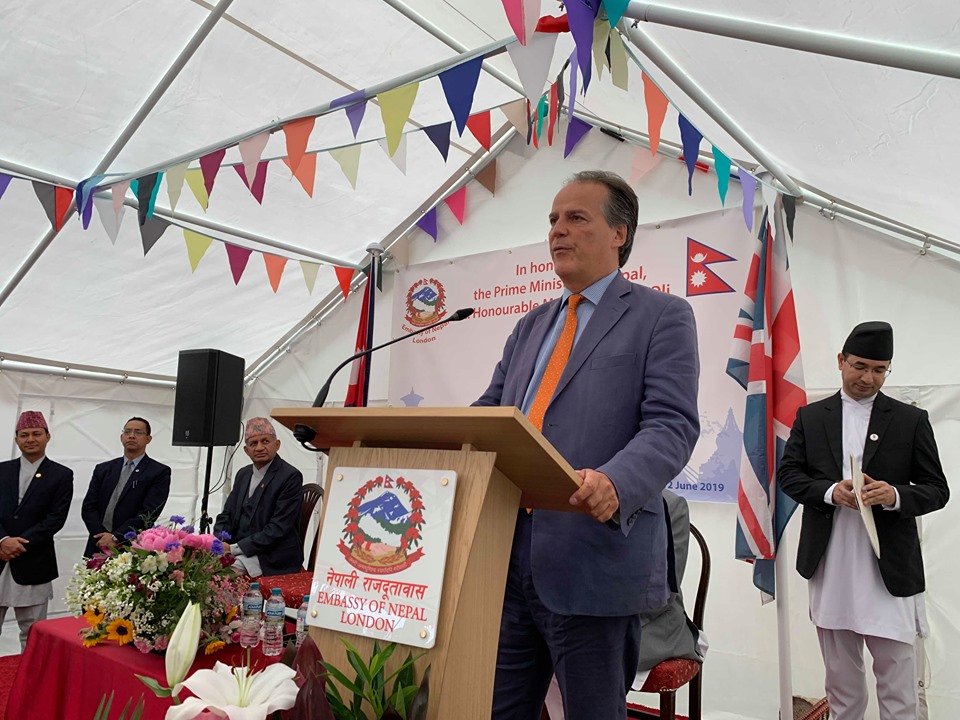 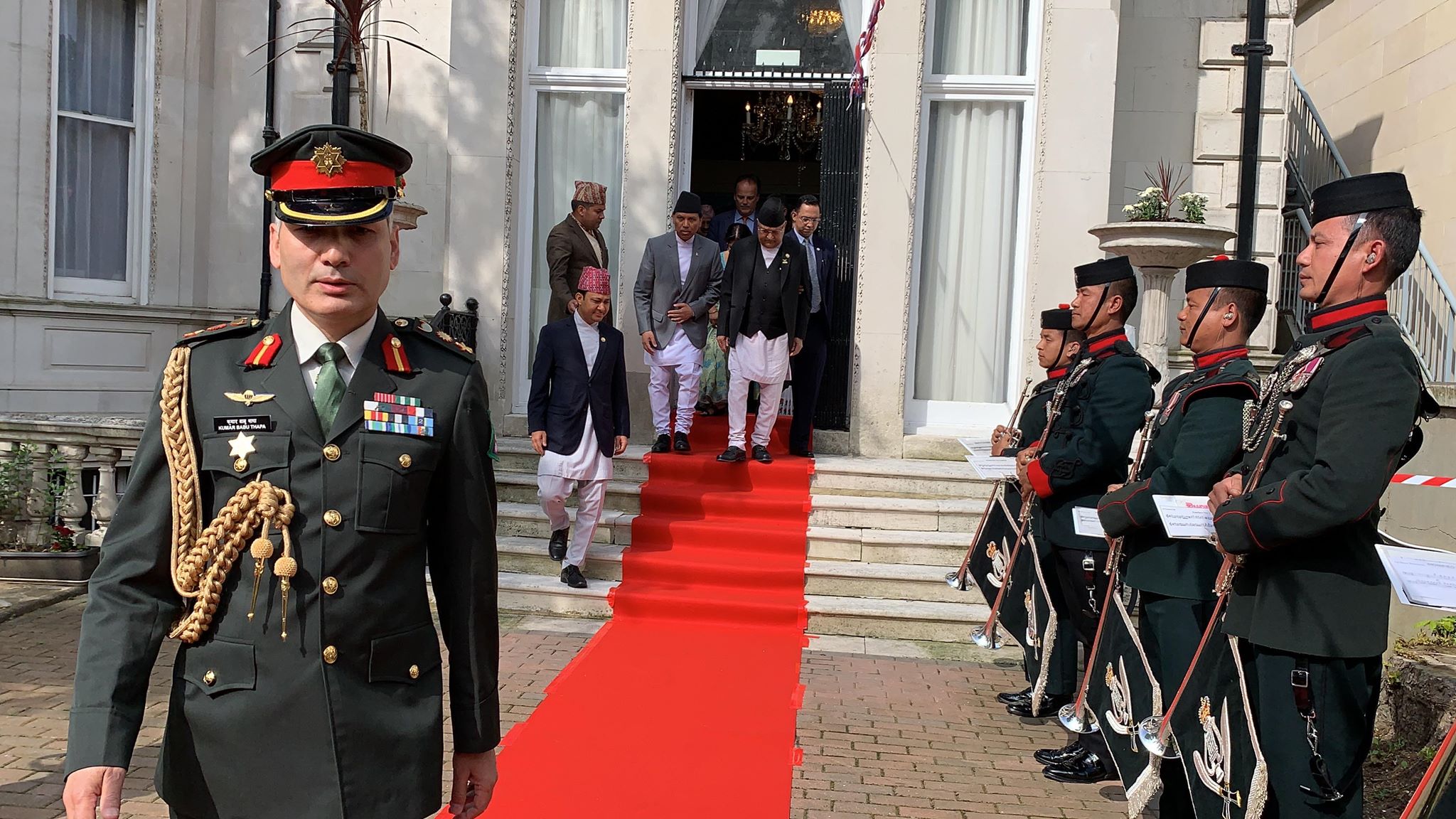 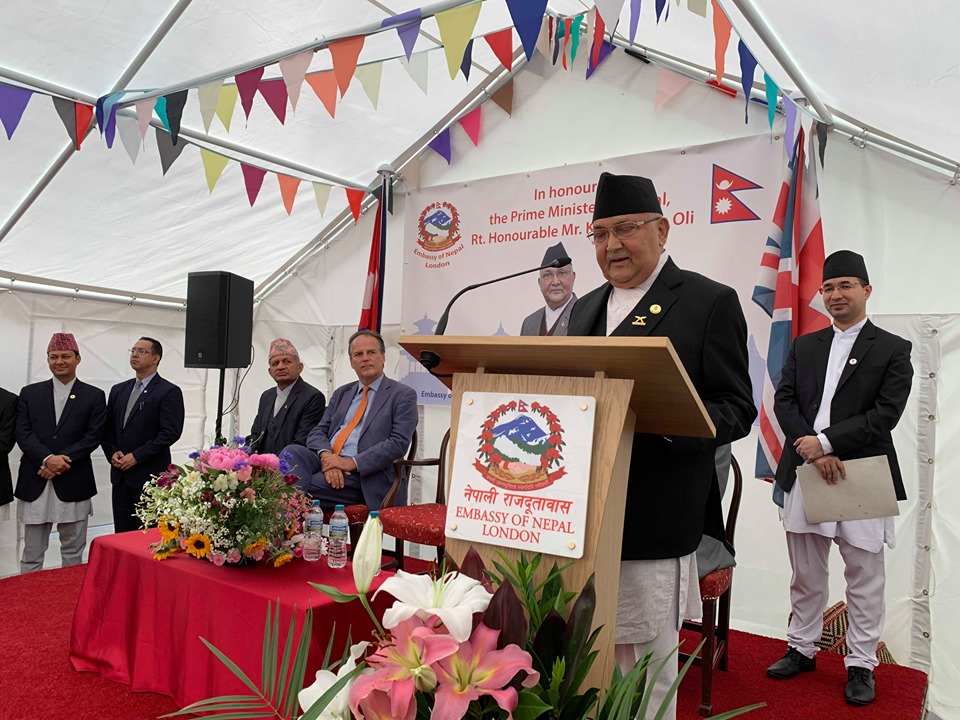 PM Oli meets with Cambodian Acting Head of the State

CAMBODIA, May 14: Prime Minister KP Sharma Oli, who is currently on an official visit of Cambodia, has held a... Read More...