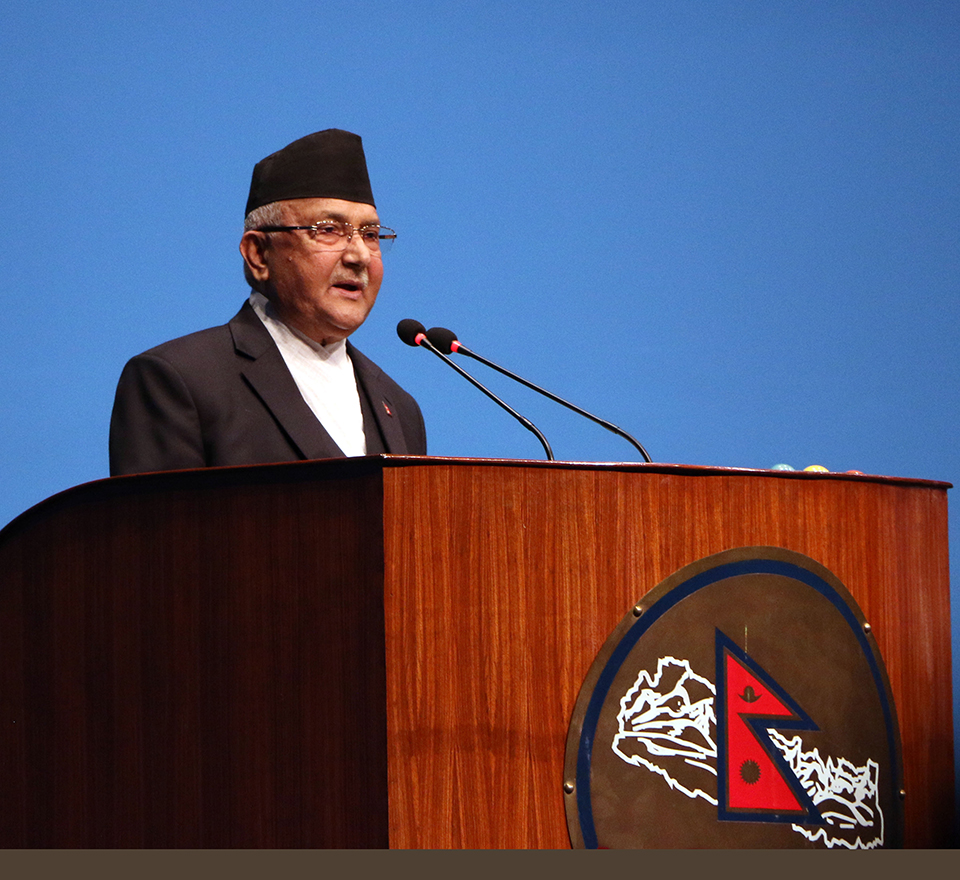 KATHMANDU, Sept 4:Prime Minister KP Sharma Oli has said that efficient activities of the regional organizations have helped further consolidate emotional ties among the member States, raising the feelings of unity to resolve common problems and promoting the feeling of collaboration in regard with efforts of common interests.

Giving his statement of public importance in today's meeting of House of Representatives (HoR), Prime Minister Oli said that formal discussions were held with the presidents of Myanmar and Sri Lanka and the Indian Prime Minister regarding bilateral welfare after the concluding ceremony of fourth BIMSTEC Summit held in Kathmandu.

He said during the separate formal meetings with heads of the nations and governments of BIMSTEC member countries, discussions were held on various important issues including to prevent all sorts of terrorist activities in the member States and to abide by the Panchsheel Treaty (the five principles of peaceful coexistence) in the implementation of the 18-point Kathmandu Declaration, issued by the Summit.

The Prime Minister further said that agreements for reconstituting 14 areas of cooperation and building the Buddha Circuit, among others made the Summit successful.

Prime Minister Oli clarified that the objective of the formation of BIMSTEC was not for replacing the South Asian Association for Regional Cooperation (SAARC).

In his replies to queries of journalists following his statement of public importance at the lower house session, the Prime Minister said no agreement to hold a military exercise under the leadership of any particular country was reached during the recent fourth BIMSTEC Summit held on August 30-31.

He went on to say that the government had been doing homework for the rescue and relief of those affected by the incidents of natural disaster, and to shift those residing in unsafe and vulnerable areas to safer places.

Efforts being made to bring the RSP back in govt: Minister Sharma
54 minutes ago