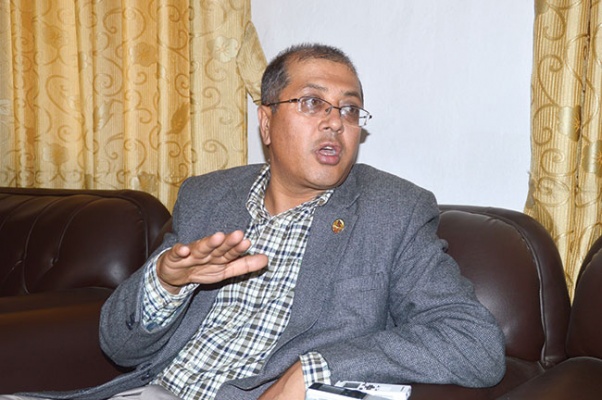 KATHMANDU, May 28: Prime Minister KP Sharma Oli's upcoming visit to India during the swearing-in ceremony of Indian Prime Minister Narendra Modi is expected to further deepen ties between the two countries, a key aide to Oli said on Tuesday.

“Nepal-India ties have been moving in a positive direction in recent years. During the visit, PM Oli will convey the Indian leadership that Nepal wants to strengthen ties with India on the basis of mutual trust," Oli's foreign relations advisor Rajan Bhattarai told Republica Online.

Bhattarai said that recent engagements at the top political level between the two countries have contributed to bringing positive momentum in bilateral ties.

"There are some outstanding issues—which have not moved forward in the past years—will be discussed during the upcoming bilateral engagement," he added.

Bhattarai expressed hope that the Indian side will soon accept the report prepared by Eminent Persons Group (EPG) on bilateral ties.

Oli is paying the official visit to India to attend Modi's swearing-in ceremony to be held on Thursday, according to the Ministry of Foreign Affairs.

Oli will leave Kathmandu for New Delhi on Thursday afternoon.

During his visit, Oli will hold a bilateral meeting with Modi in the Indian capital. Prime Minister's spouse Radhika Shakya, Foreign Secretary Shanker Das Bairagi, Foreign Affairs Advisor to PM Rajan Bhattarai will accompany the prime minister during the visit.

The Oli-led delegation will return home on May 31. This is going to be the second visit of Prime Minister Oli to India since he came to power in February last year. Oli visited India in April 2018 after he reached at the helm of the government following the landslide victory in the elections.

Leaders from the BIMSTEC member states—Bangladesh, Myanmar, Sri Lanka, Thailand, Nepal and Bhutan—will attend the swearing-in ceremony of Prime Minister Narendra Modi on May 30 in the Indian capital New Delhi, according to media reports.

In 2014, Modi had invited all SAARC leaders for his swearing-in ceremony. Then Nepali Prime Minister Sushil Koirala had attended Modi's swearing-in.

“The President will administer the oath of office and secrecy to the Prime Minister and other members of the Union council of ministers at 7 pm on May 30, 2019, at Rashtrapati Bhavan,” read the statement issued by the Indian President's Office on Sunday.

Modi will be sworn in a week after he returned to power in a thumping victory. The counting of votes polled in the seven-phase elections to the 17th Lok Sabha took place on Thursday.

“The ceremony will be similar to the one that took place in 2014,” the Hindu said quoting an official of the President's Office.

Modi was elected unanimously as the leader of the National Democratic Alliance on May 25.