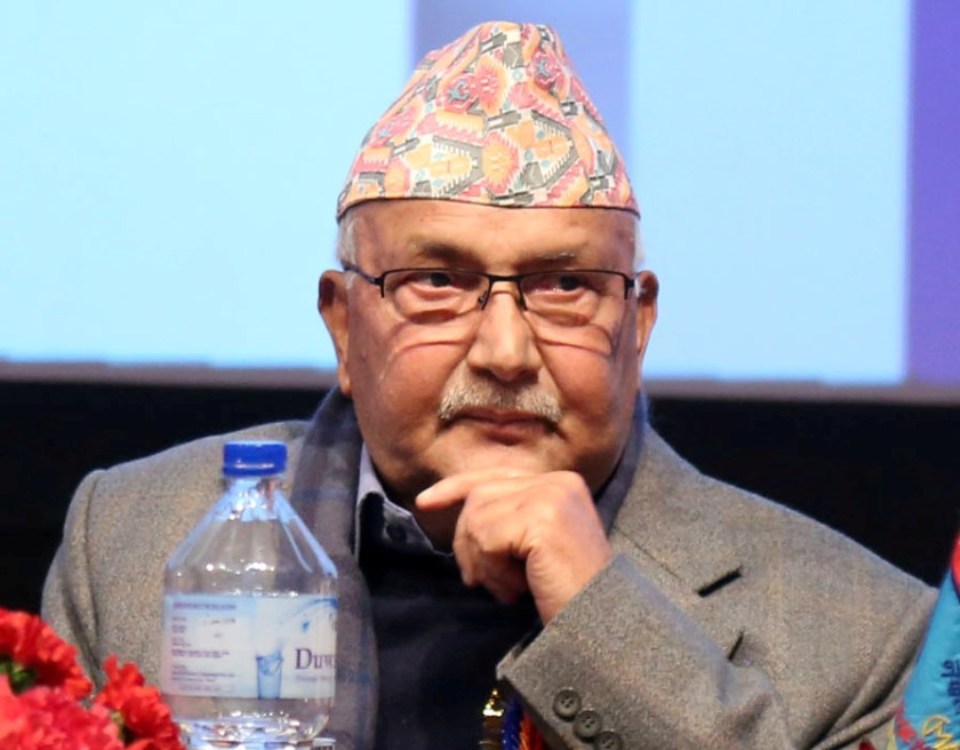 On November 26, Prime Minister Oli underwent a successful surgery for appendicitis at Manmohan Cardiothoracic Vascular and Transplant Centre in Maharajgunj where he is receiving care. Prime Minister Oli's respiratory system and blood pressure are in good condition, said doctor Shah at a press conference organised to inform of the health condition of the Prime Minister jointly by doctors involved in his treatment.

"Prime Minister Oli is out of a life-threatening condition. But he is receiving care at the intensive care unit. He is slowly walking. There are improvements in his health and kidneys. He has been put in the intensive care unit so his surgical wound does not get infections," she said. "Prime Minister Oli's confidence level is high. He is not worried at all. He is telling that he needs discharge as early as possible. I have not seen anyone confident like him," said cardiologist Arun Sayami involved in the treatment.

"Prime Minister Oli's surgical wound is slowly healing. Infections have not spread to other body parts. He can get discharged next week if his recovery goes this way," said liver transplant specialist Ramesh Singh Bhandari involved in his treatment.

"The Prime Minister will be able to move back to his regular duties once his surgical wound get healed, so we continue our efforts for the same," he said. The Prime Minister is presently under the special medical observation. "We are extra careful to prevent the risk of infection on the surgical wound and are observing the function of his kidneys," Dr Shah said.

According to doctors, dialysis is required to stop bleeding from the transplanted kidney. In her response in regard with journalists' query about the possibility of the Prime Minister's kidney transplant again, she said it would be decided whether to go with dialysis or go for a new transplant on right time. Centre's Executive Director Prof Dr Uttam Krishna Shrestha shared that the Centre was doing its best in the treatment of Prime Minister Oli.