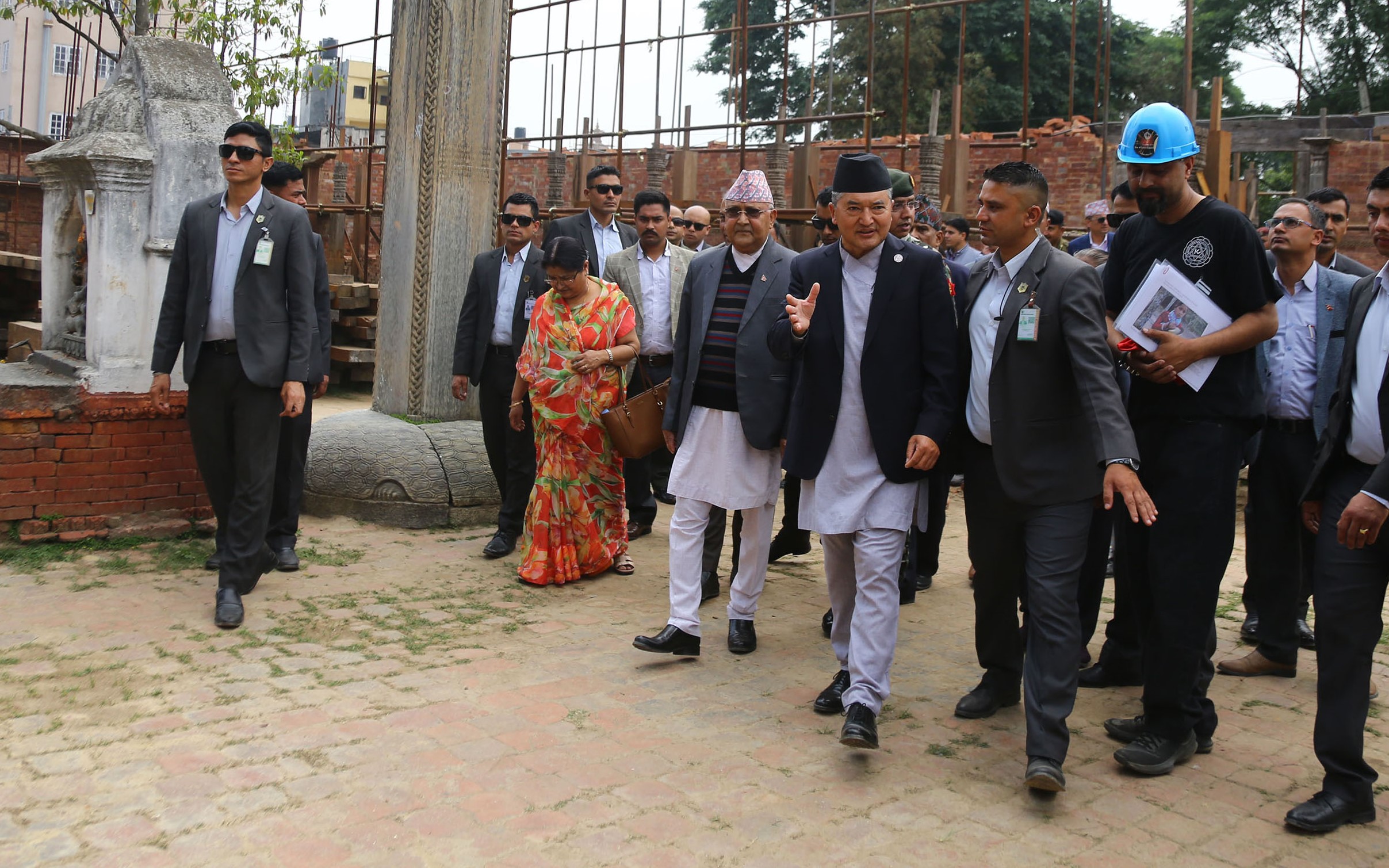 On the occasion, Vice-Chancellor of the Kathmandu University Prof Dr Ram Kantha Makaju and Executive Chief Officer of the National Reconstruction  Authority, Sushil Gyawali, briefed the Prime Minister about the reconstruction efforts.

Prime Minister Oli expressed satisfaction over the reconstruction task taking pace. He inspected the ongoing reconstruction with keen interest. Earlier, he was welcomed at the site by musicians playing the traditional naumati and dhime musical instrument.

Meanwhile, the Prime Minister also carried out the onsite visit of reconstruction work of  Bhugolpark and Basantapur area today itself.

On the occasion, Reconstruction Project Director Lochan Rijal said a commitment was made to complete the reconstruction task before the PM's next visit to these areas.
Kathmandu University has been leading the reconstruction work with the objective of using it for research and practice, and educate people about it. "If the traditional skills and knowledge are not put into daily use, it will lose its importance. We just want to link the community to the campus," Rijal said.

Around 30 per cent of the reconstruction work has been completed, which also includes a beautiful garden.

For the whole project, Kathmandu University has contributed Rs 20 million, while Rs 170 million has been received from Thailand through the Government of Nepal. Thai people collected the fund through various campaigns.

The project spreads over 15 ropani of land. Dr Rohit Ranjitkar, who designed Patan Durbar Square, has designed the project. Of the 773 cultural heritages damaged in the quake, reconstruction of 224 is underway, and construction of 212 has been over, according to the NRA. RSS