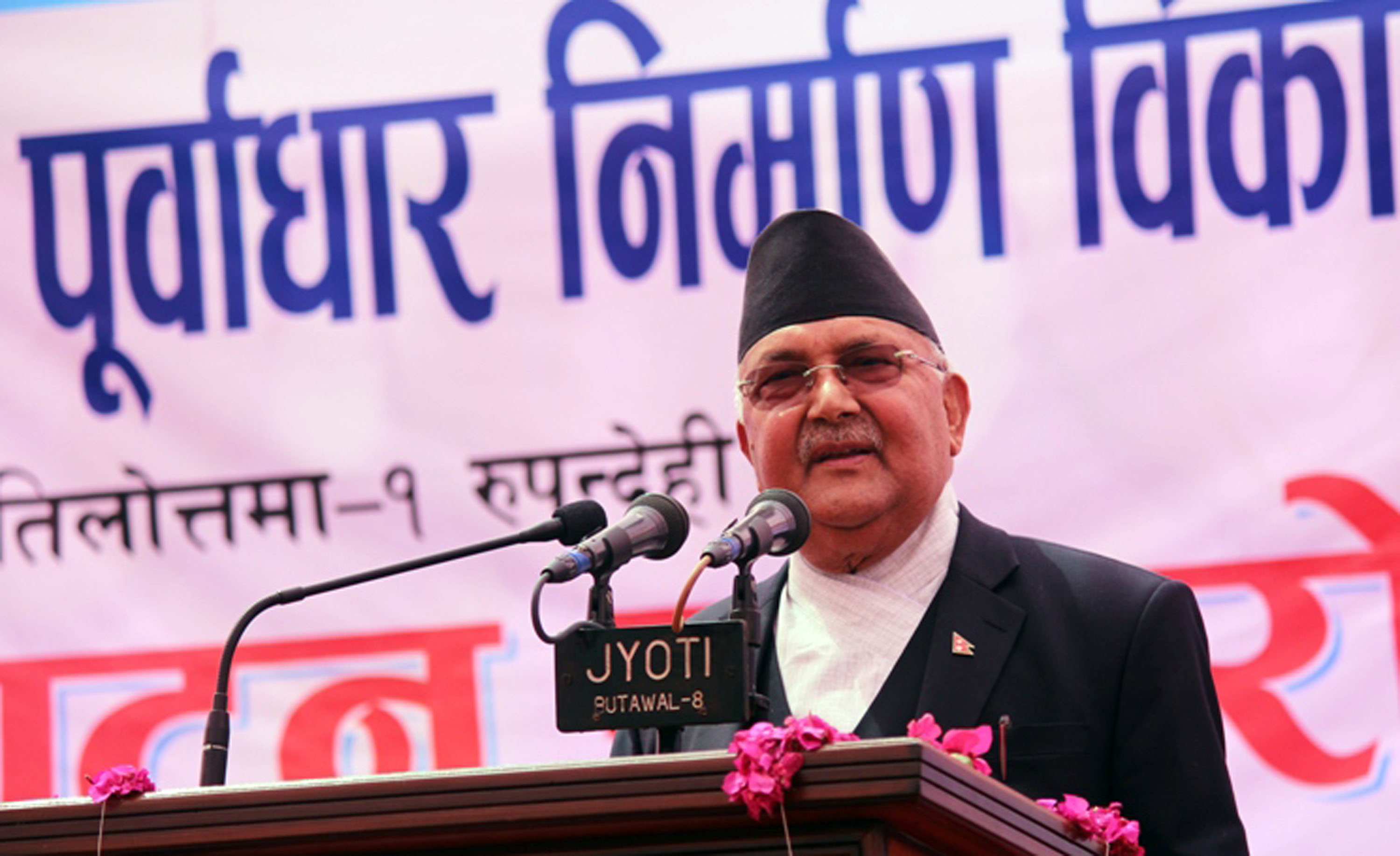 RUPANDEHI, March 22: Prime Minister KP Sharma Oli today inaugurated the Butwal Medical College infrastructure construction project at Tilottama municipality of Rupandehi in State 5. The college is going to be established under the government’s ‘one province; one medical college’ concept.

On the occasion, the prime minister said the government was serious about infrastructure development.

“People need not live in pain and difficulty now; they should see happier and prosperous days ahead,” he said, adding that such confidence should be the guiding principle of life.

He took a moment to accuse some media of giving misinformation about government ‘good’ efforts, instead of promoting them.

“Blind protest of the government is taking place, but when we open the eyes, we see development and prosperity everywhere. A few media and intellectuals are engaged in such protest.”

The government decided to make an agreement with CK Raut was protested citing that it led an end to ‘secession’, he said and wondered what could be expected then. He urged one and all not to be persuaded by (dis)information against the government. The new medical facility going to be constructed here should guarantee quality service.

Also speaking on the occasion, Nepal Communist Party (NCP) general secretary Bishnu Prasad Poudel said the government came up with the concept of 'one province: one medical college' to provide quality health services to the people in an accessible way.

He was hopeful that the college would be able to produce competent human resources required for health services.

Tilottama municipality mayor Basudev Ghimire drew the attention of all stakeholders concerned to complete the construction works on time. RSS

President Bhandari emphasizes on role of law education for promotion of rule of law
52 minutes ago
Rs 10,000 fine slapped on Rajpur's mayor for not providing information
1 hour ago