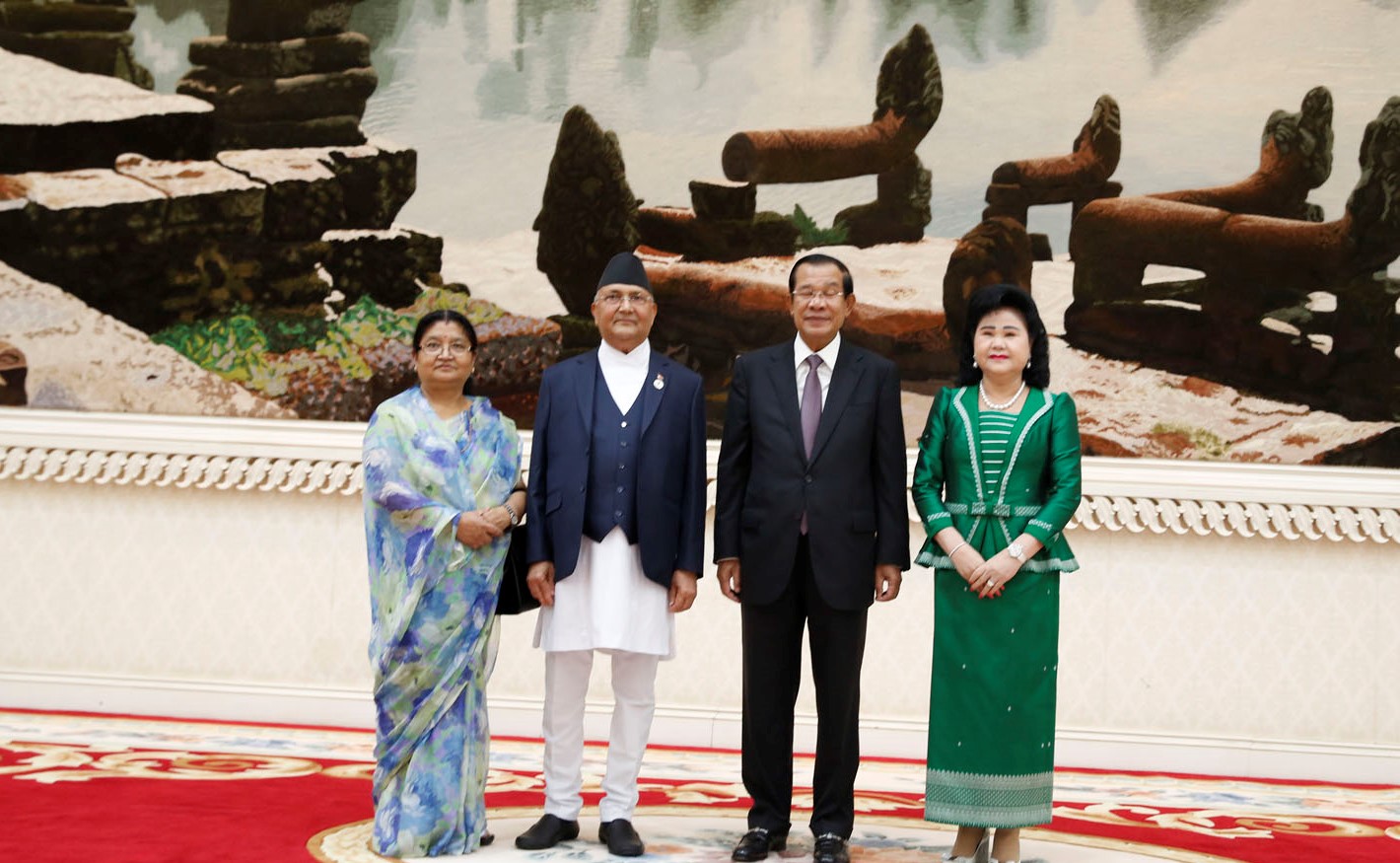 Earlier, upon arrival at the Peace Palace premises, Prime Minister Oli was received by his counterpart HUN SEN. A contingency of the Cambodian Army presented a guard of honour to Prime Minister Oli. On the occasion, the leaders held one-on-one talks followed by delegation-level meeting.

Matters related to strengthening of bilateral ties, extending cooperation, tourism promotion among others were discussed in the meeting. Prime Minister Oli is leading a Nepali delegation on a three-day official visit of Cambodia at the friendly invitation of Prime Minister of Kingdom of Cambodia Sambedch Akka Moha Sena Padei Techo HUN SEN.

PM Oli meets with Cambodian Acting Head of the State

CAMBODIA, May 14: Prime Minister KP Sharma Oli, who is currently on an official visit of Cambodia, has held a... Read More...