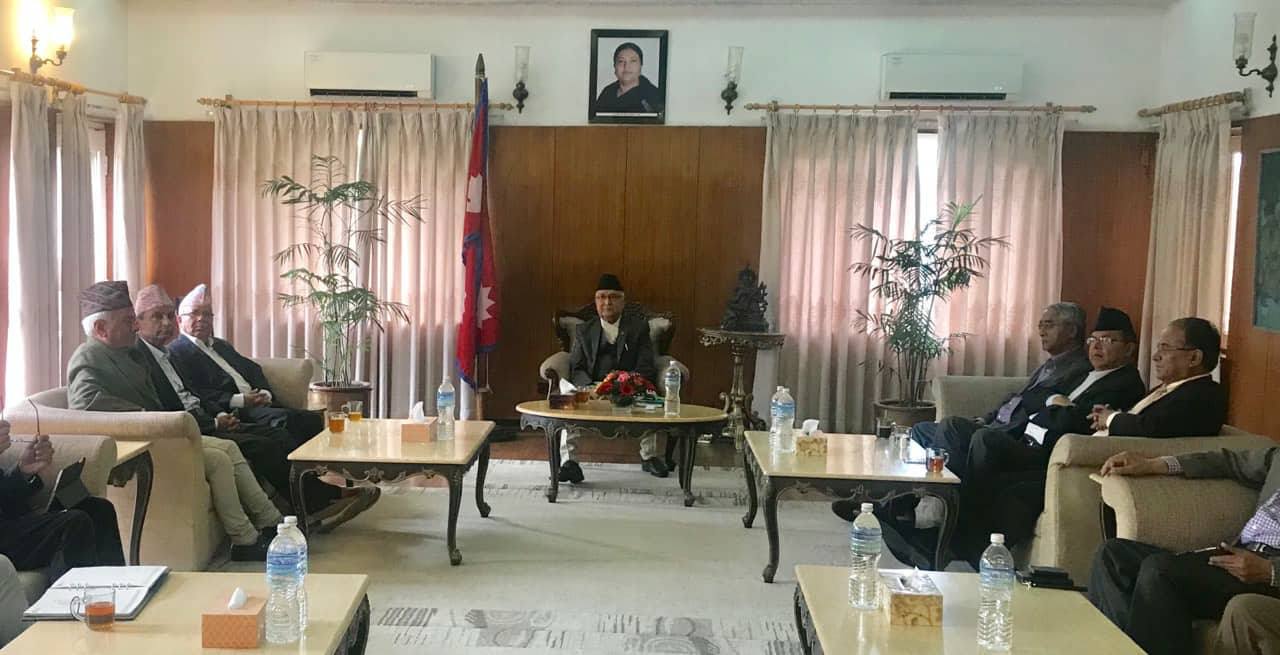 During the meeting held at his official residence in Baluwatar on Wednesday, Prime Minister Oli clarified that his visit to India shall be aimed at promoting Nepal's national interests. “There will not be any new agreements during this visit. We will focus on the implementation of the agreements reached in the past,” he said.

On the occasion, the former prime ministers had suggested Oli to take necessary measures to further strengthen the bilateral relations with India, according to a press statement issued by the CPN-UML, the prime minister's party.

Former Prime Minister Nepal, according to the statement, had suggested Prime Minister Oli to remain firm in his stance. He argued that the relations between Nepal and India should not be like that of elder and younger brother, but of friends of equal status.

Former Prime Minister Dahal said that the bilateral relations which reached the lowest point during India's unofficial economic embargo had come to normalcy in the recent days. He suggested the prime minister to explain to his Indian counterpart that the constitution in Nepal has already gone into implementation and that there was no serious issue in it.