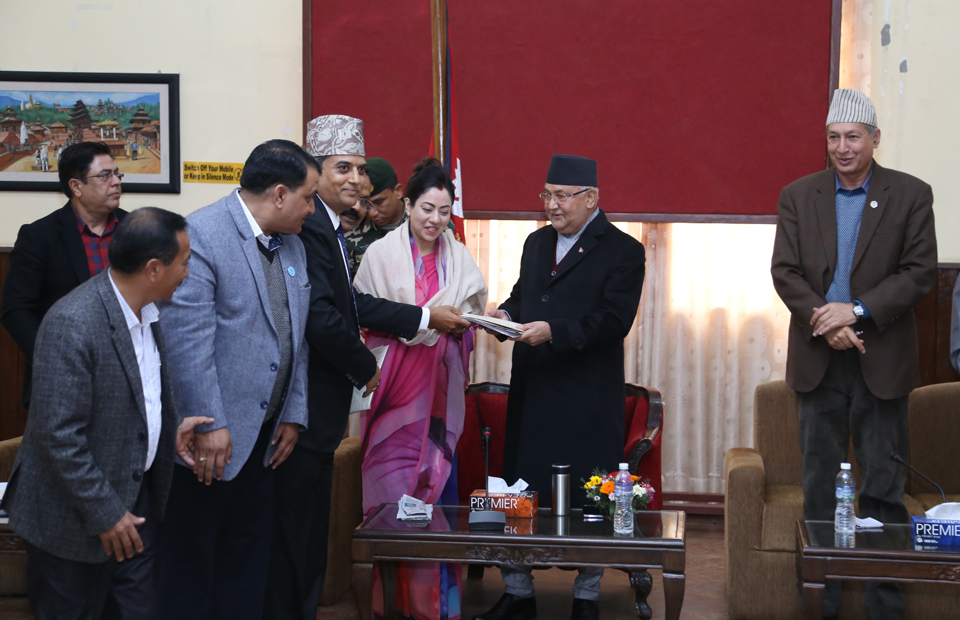 The Prime Minister's instruction comes following a meeting with a group of private sector leaders who have sought the government's help in lowering the interest rates of bank and financial institutions (BFIs).

Leaders from industrial and business hubs from the eastern region are currently in Kathmandu to seek the government's support in lowering the interest rates.

However, these umbrella organizations of business firms and industries in Morang withdrew their protests after the provincial government of Province 1 made commitment to work toward addressing their demands.

“It is not appropriate for banks to disburse loan under certain condition and later raise interest rates arbitrarily,” said Oli during the meeting with business leaders. “The government will regulate it.”

Private sector leaders have said they are hopeful with the PM's commitment.

“The Prime Minister was of the view that banking and other businesses should grow together. He has said that his attention has been drawn toward the recent protests of business organizations and vowed to resolve the problem,” Chandra Prasad Dhakal, vice president of FNCCI, told Republica.

Finance Minister Khatiwada has invited the business leaders for a meeting on Monday to find a way out of the rising costs. Referring to complaints that banks have been charging various service charges, Khatiwada said that the government will work with the NRB toward scrapping unnecessary charges.

Private sector organizations are agitating against BFIs stating that they are charging exorbitant interest rates which have increased their cost of doing business and cost of production, and eroded their competitive capacity in the market.

Business leaders argue that BFIs are reluctant to lower interest rates even after capping their deposit rates to maintain their profitability. Last month, the central bank removed return on asset from the calculation of base rate formula, which reduced the base rate by 0.75 percentage point. Rather than lowering interest rates on loans, they have raised premium rate to make up for such losses on the interest income from the reduction of base rate.