KATHMANDU, April 5: Prime Minister Sher Bahadur Deuba today inaugurated the dry port at Chobhar in Kirtipur amid protests by the local people. Security in the area was beefed up “to prevent any untoward incident from happening.”

Stating that the place is unsuitable for a dry port, locals and environment, development and culture experts have been protesting against the operation of a dry port in the area. Himal Cement Factory was located where the new dry port has been built. 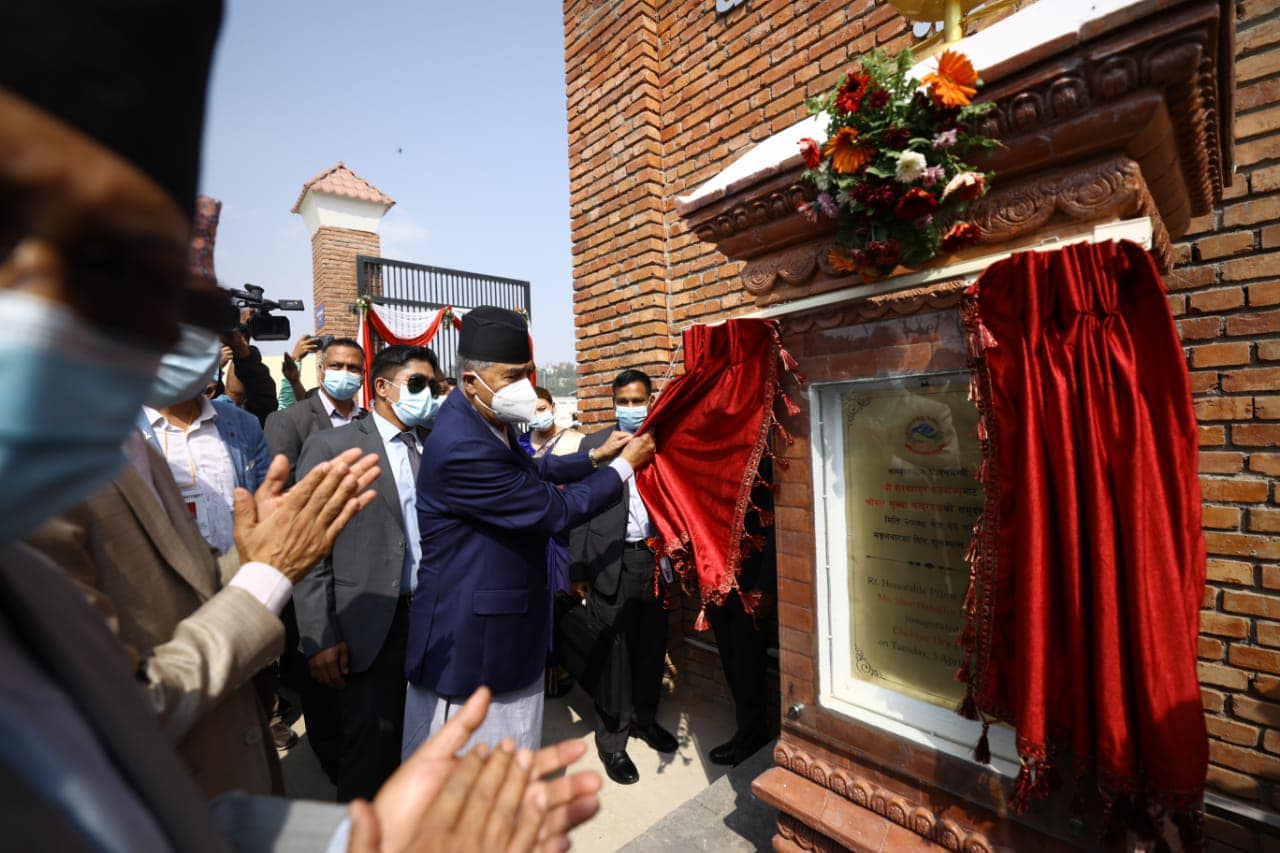 Earlier, the locals had also protested against the operation of the cement factory in the region due to its role in increasing pollution in the Kathmandu Valley. PM Deuba had shut the three-decade old factory down in 2002.

Coordinator Panchalal Maharjan of Chobhar Conservation Committee said that the dry port was inaugurated despite continuous protests by the locals. Environmentalists, culturologists and urban development experts have suggested that a dry port in the area is not suitable under any circumstances and the government has taken an anti-people and short-sighted decision. 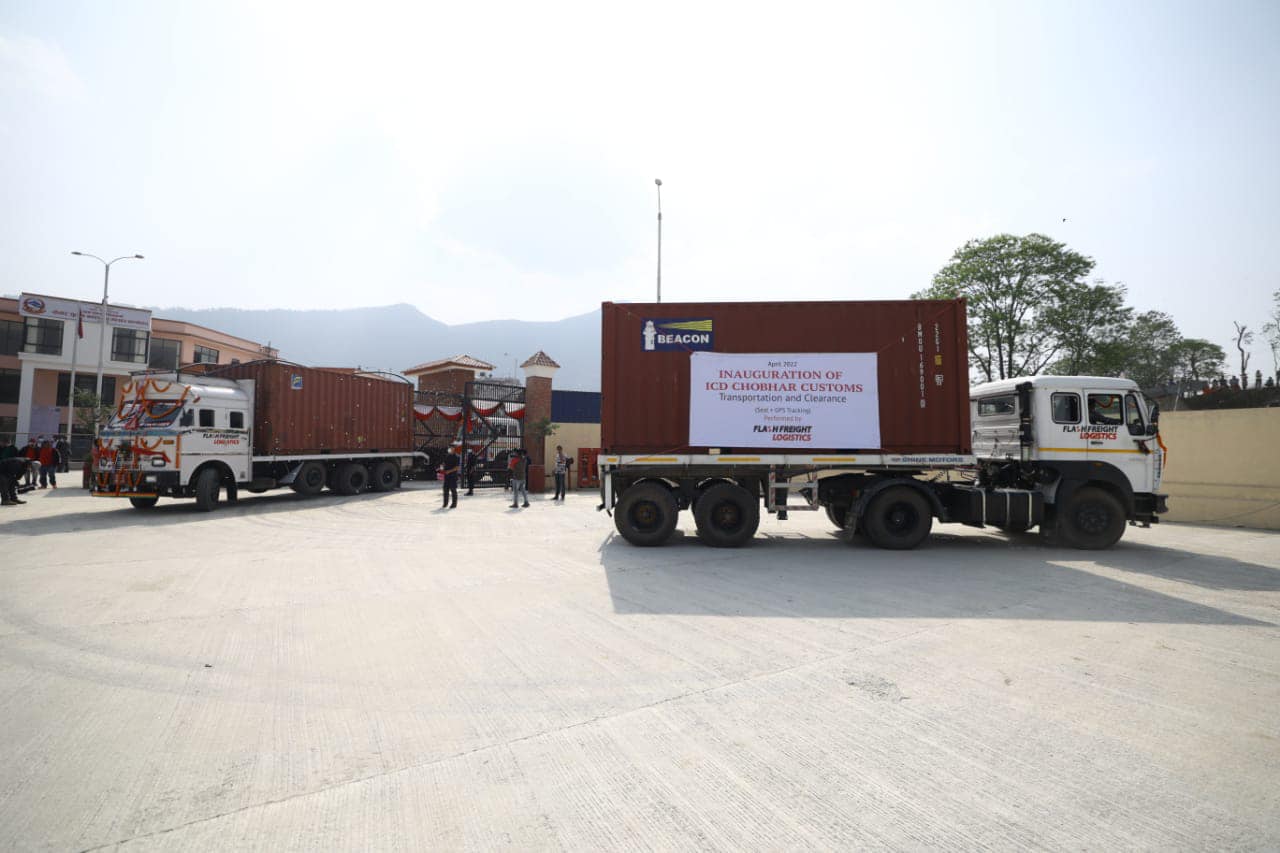 Maharjan further mentioned that the local representatives and residents were barred from attending the inauguration program. A large number of security personnel were present at the event. He said that the government has hastily inaugurated the expressway for importing goods to the dry port, ignoring the public sentiment, natural and cultural significance.

Meanwhile, the committee has issued a statement saying that the people of Chobhar will always protest against the dry port built by looting the land of Chobhar residents, kicking the former employees of Himal Cement factory in the stomach and destroying the archeological, religious and cultural heritage. 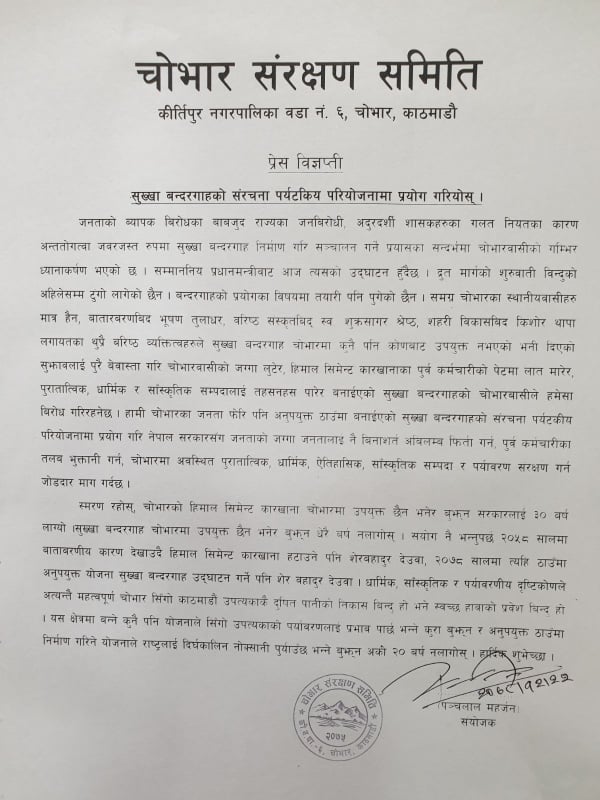 KATHMANDU, Jan 15: Prime Minister Sher Bahadur Deuba has stressed the need for unity among everyone at such a time... Read More...