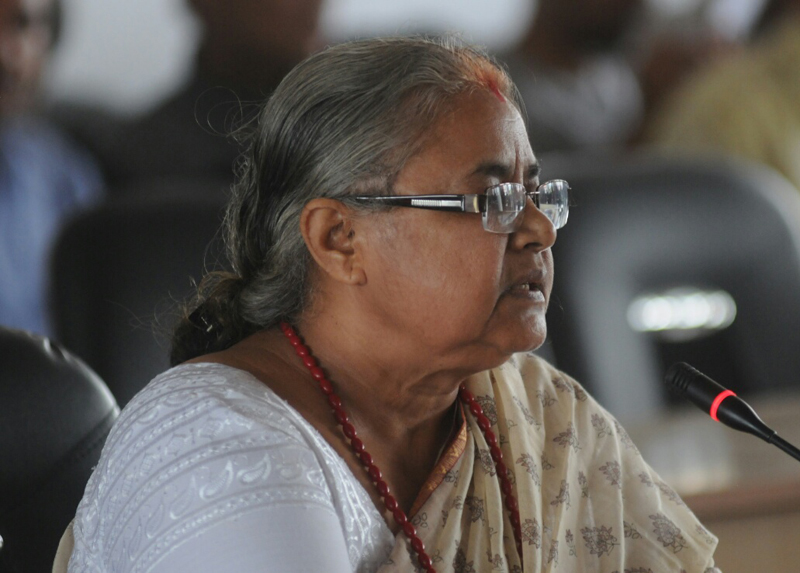 During the hearing, Karki said that she will adopt a policy of zero tolerance against corruption. Saying that there are over 36,000 cases pending at the Supreme Court (SC), Karki suggested to appoint Justices at the soonest to finalize the cases.

The Constitutional Council on April 10 had recommended Karki to the post. The hearing was delayed owing to disputes among major parties on formation of the hearing committee.

Sushila Karki will become the 26th chief justice and the first female in the post in Nepal's history. She will lead the judiciary for almost 14 months, until she retires on June 7, 2017 upon reaching the age limit.

Karki was appointed ad-hoc justice at the Supreme Court on January 22, 2009 and as permanent justice on November 18, 2010.

Born in Biratnagar on June 7, 1952, she completed a bachelor's degree in law from Tribhuvan University in 1978. She has also done her post graduate in political science from Banaras Hindu University. Karki has been a member of the International Association of Women Judges since 2010.

Karki was president of the Appelate Court Bar Association Biratnagar for a term until 2004. She was also a known human rights activist until her appointment to the Supreme Court and was associated with the Human Rights Organization and Amnesty International Nepal.

Married to a well-known Nepali Congress leader Durga Subedi, they have a son.

KATHMANDU, May 21: Parliamentary Hearing Special Committee(PHSC) has endorsed recommended chiefs of Commissioner of Commission for the Investigation of Abuse... Read More...

RAJBIRAJ, Nov 19: Chief Justice Sushila Karki has said that although she is in favor of proportional inclusive system, she will... Read More...

Questions of competence raised against Acting CJ Karki
6 years ago