KATHMANDU, May 15: The chariot of deity Rato Machhindranath,  Nepal’s longest Chariot Festival, has been pulled for the year.

The chariot procession of Rato Machhindranath also called “Bunga Dugh” in the Newari language meaning the God of Rain and Harvest, is the longest Jatra (procession) in Nepal which runs on for months depending widely on astronomy.

A 32 foot sky-scraping chariot of Rato Machhindranath is constructed annually by the Newar community using the wooden beams, thumped adjustments to the shrine sanctum without using a single nail. It takes about a week for the community to build it on and is given the final touch-up with decorations before the chairing of lords in the chariot.

According to the lunar calendar, the longest chariot festival of Nepal begins on the 4th day of the bright fortnight of Bachhala, the seventh month in the lunar Nepal Sambat calendar.

This year, due to the pandemic, the chariot was pulled just for formality. 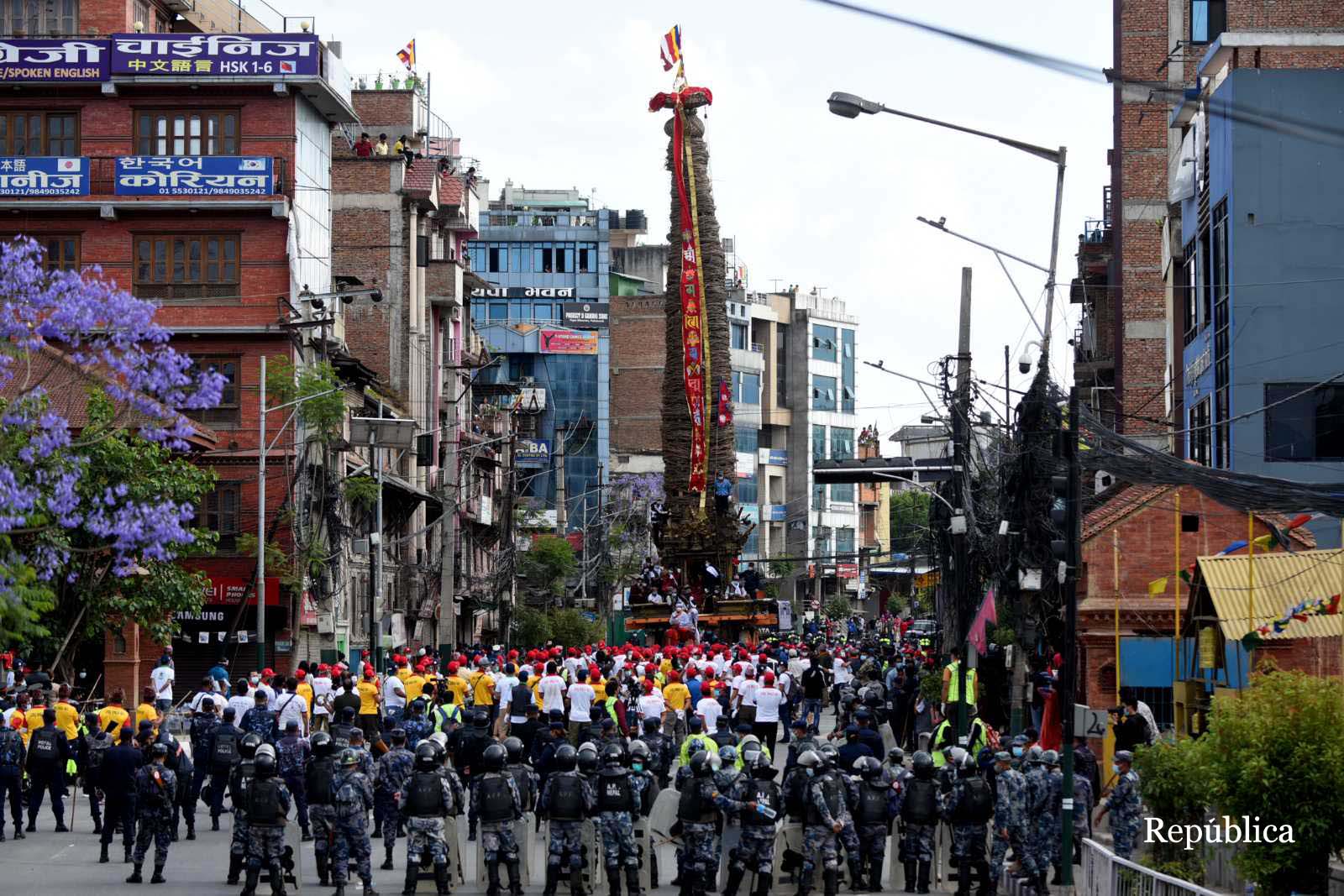 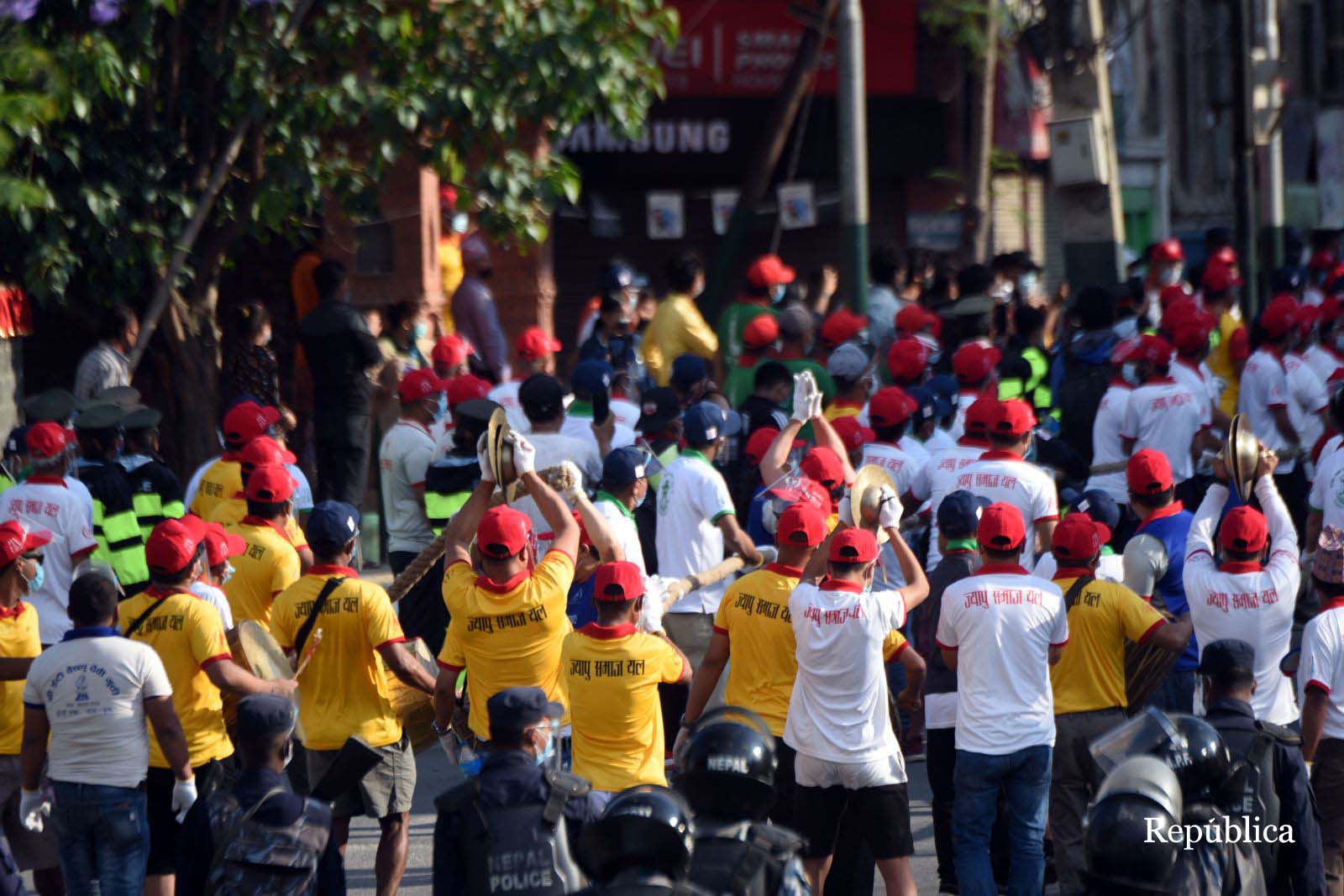 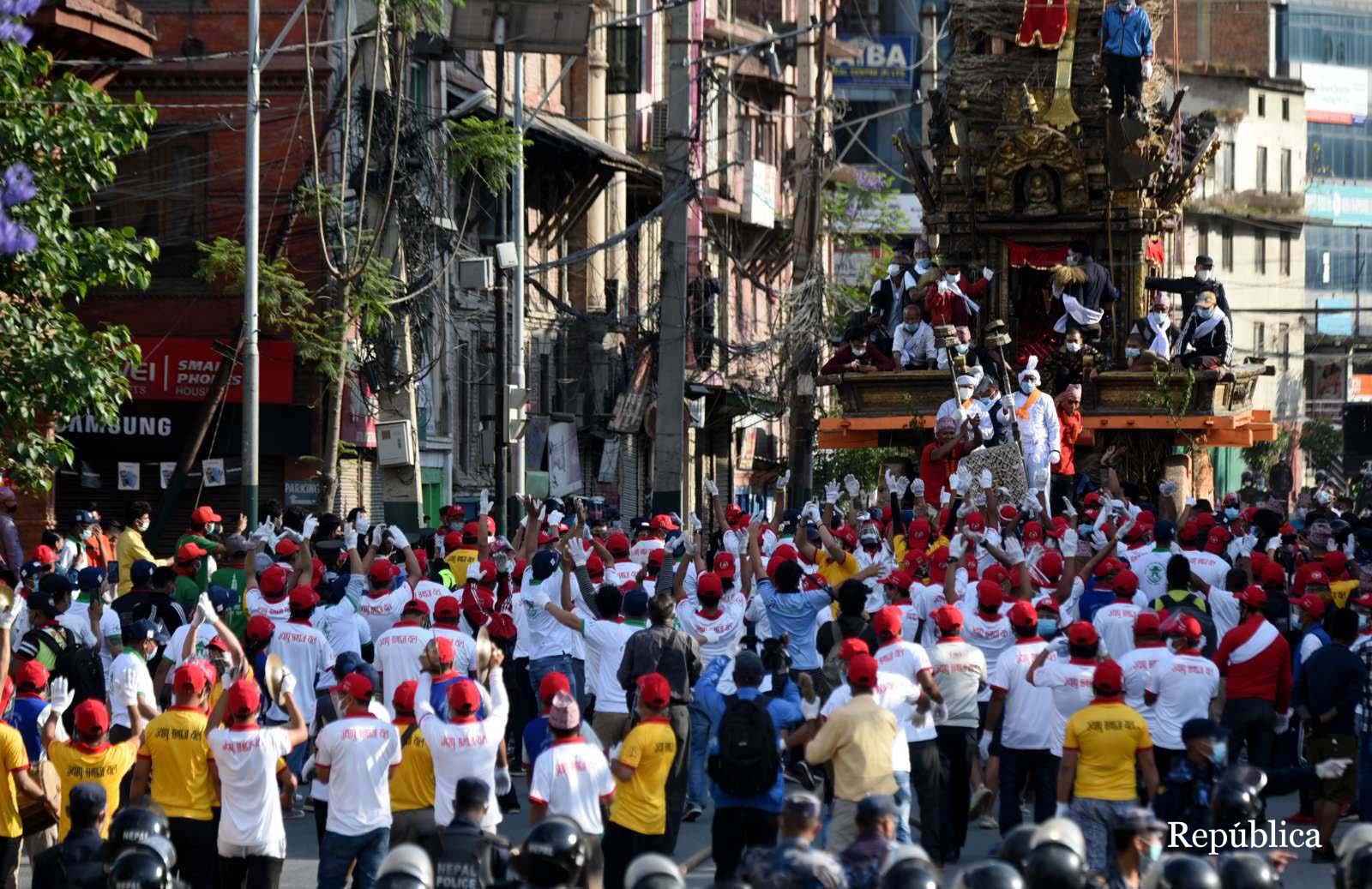 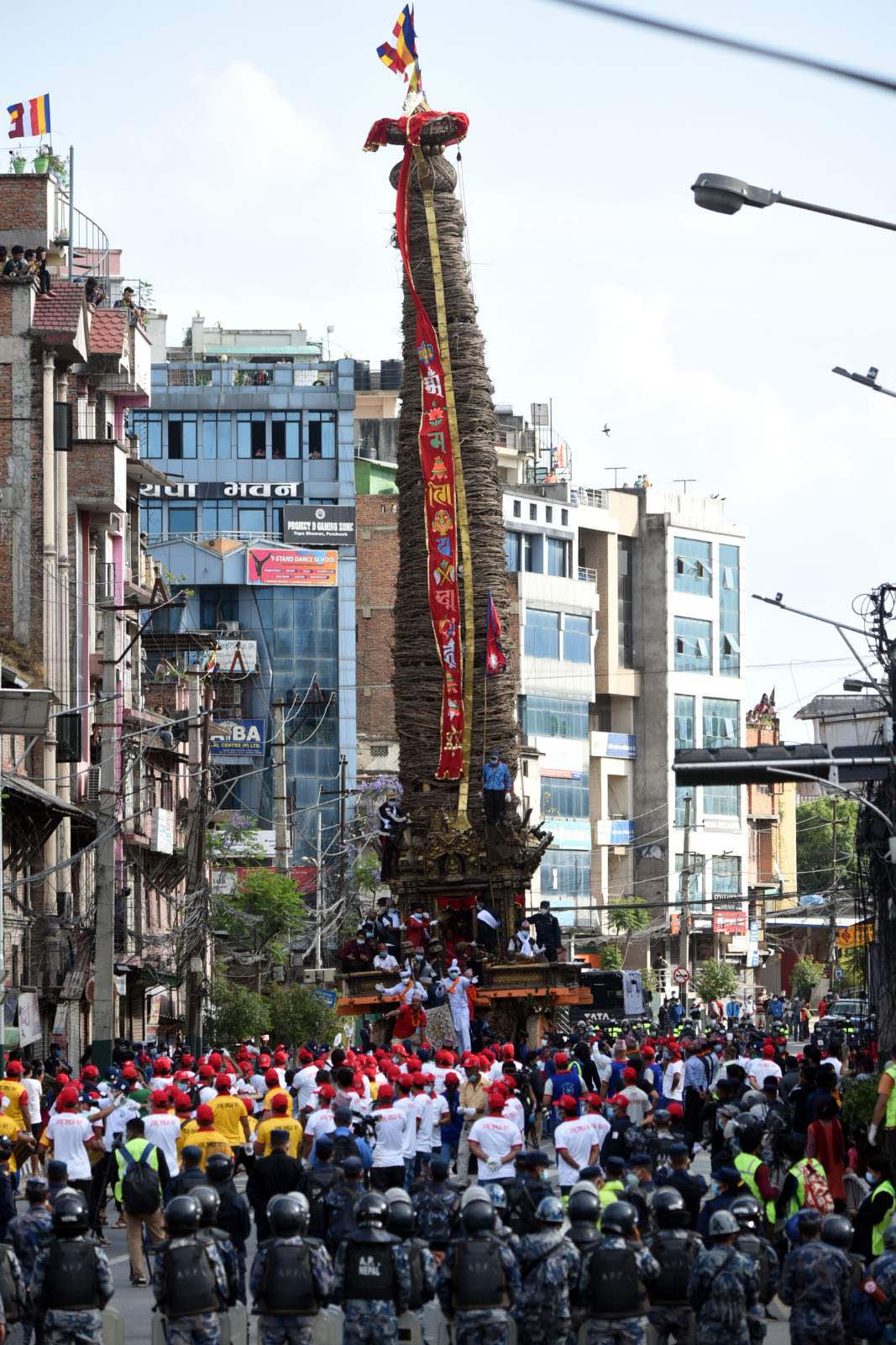 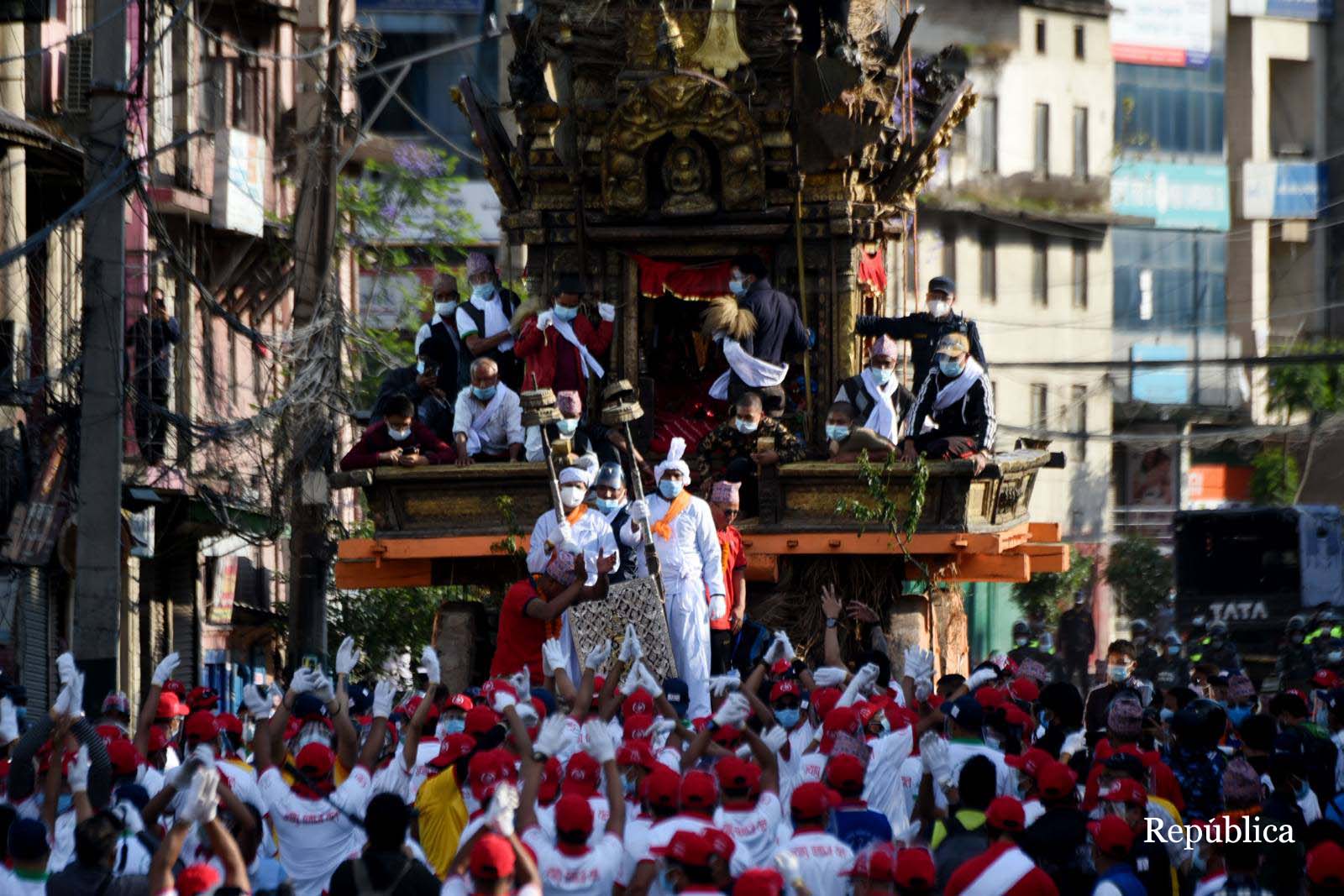 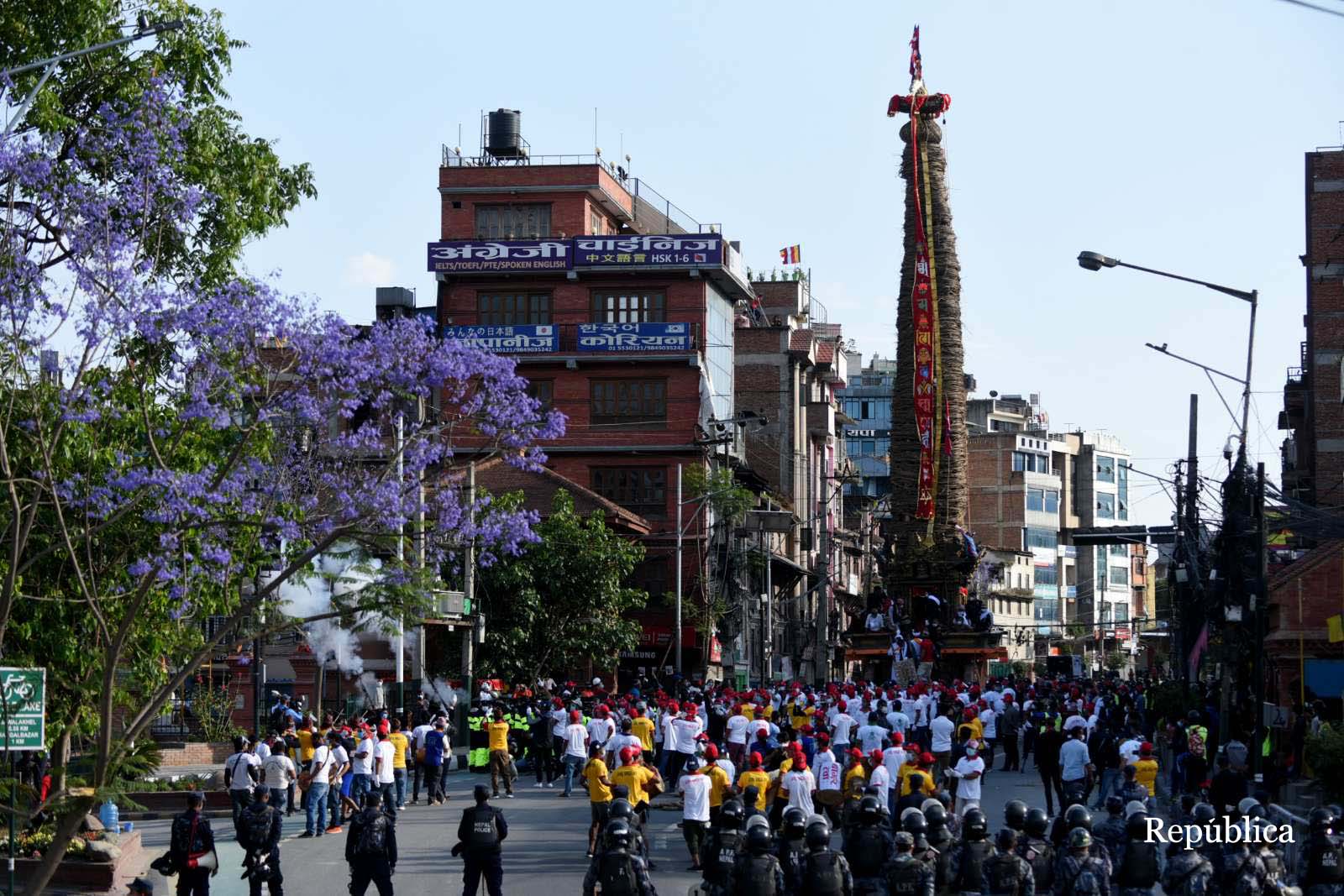 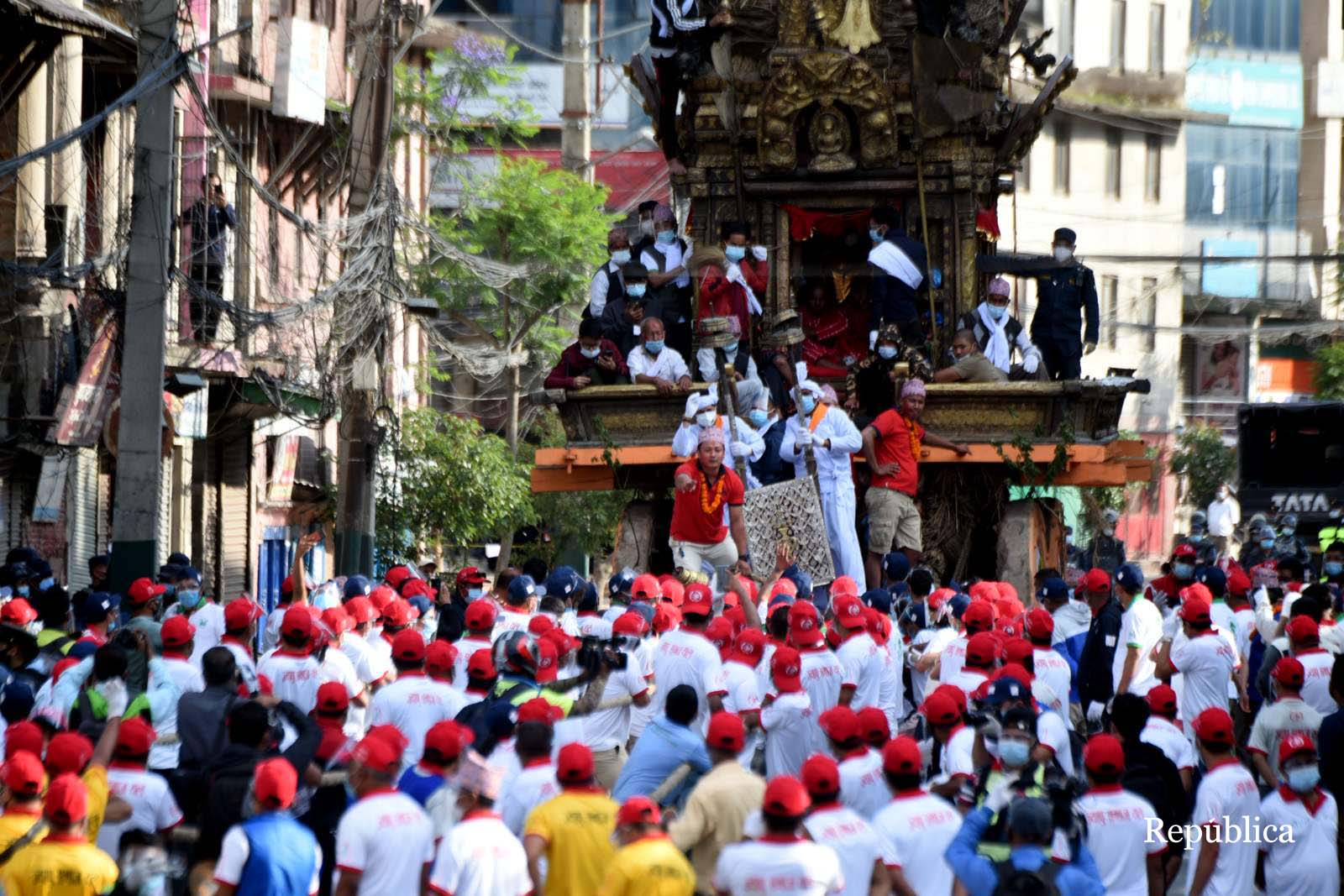 KATHMANDU, June 22: In what appears to be another blow to Prime Minister KP Sharma Oli, the Supreme Court (SC)... Read More...

KATHMANDU, June 22: Police have arrested a youth on the charge of creating a fake ID of a Nepal Police... Read More...

20 ministers lose their jobs, Oli-led Cabinet now has only five members
11 hours ago
Govt decides to resume domestic and int'l flights with some restrictions
7 hours ago

16 DIGs including all provincial police chiefs transferred
19 hours ago