Petroleum exploration in Dailekh after Tihar 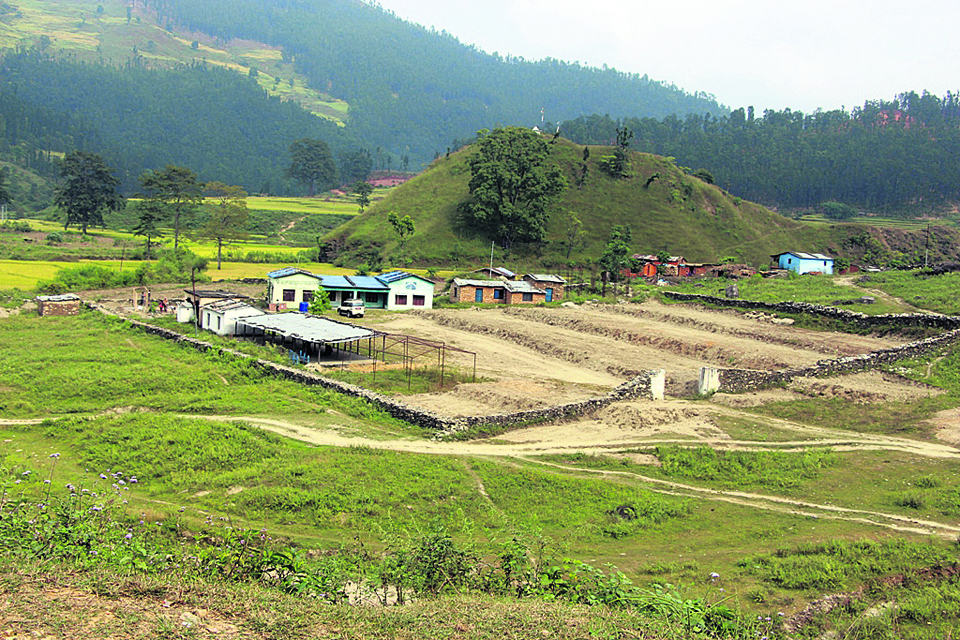 KATHMANDU, Oct 22:  The exploration of petroleum products in Panchakoshi area of Dailekh will start after Tihar.

The team that had studied the first phase, will now stay in the district for three months and engage in the exploration work.

They are establishing camps in two locations where technicians and workers will stay. Necessary management is being made in Dugeshwor Rural Municipality and Dullu Municipality of Dailekh.

It is stated that workers and technical team will stay in the camp and the team of experts will be kept in the hotel of headquarter. Sudhir Rajaure, head of the petroleum project at the Department of Mines and Geology (DoMG), said that the teams will stay on-site for the exploration of oil and gas as it is very sensitive.

Program coordinator of BGP Nepal, Suryamani Lamichhane, said that the construction of tents, toilets and the place to eat and sleep for workers and technicians involved in the exploration is taking place. “Currently, we are working for the logistics,” he said. “The exploration will start as soon as Tihar ends.”

He said that the stay of teams who come for exploration has been arranged in two locations. The camps will be situated at around a hospital at Dullu Municipality of Dailekh and at Chupra at Dungeshwor Rural Municipality. The construction of camps in both the places is taking place at the moment.

Preparation to set a total of 12 tents at Chupra of Dhungeshwor is going on. A total of 6 toilets and 8 taps will be constructed at Chupra. According to Lamichhane, a Chinese team comprising of 30 to 35 persons, along with a Nepali team will be carrying out the exploration. He said the project will use locals as workers.

It is stated that the drilling machine required for petroleum exploration will be brought to Nepal after Tihar. The arrival of Chinese and Nepali teams for the exploration purpose has enthused the locals. According to DoMG, the technical team and experts with the assistance of workers will conduct a study similar to MRI to find out what lies beneath the rocks.

Survey and drilling will be conducted which will identify the stretch of storage and potential location of extraction, among others, according to Rajaure. The survey team will dig 5-20 kilometers in potential areas during the exploration. According to the department, the total duration of the exploration will be 3 years. The exploration team will work on site for about three months.