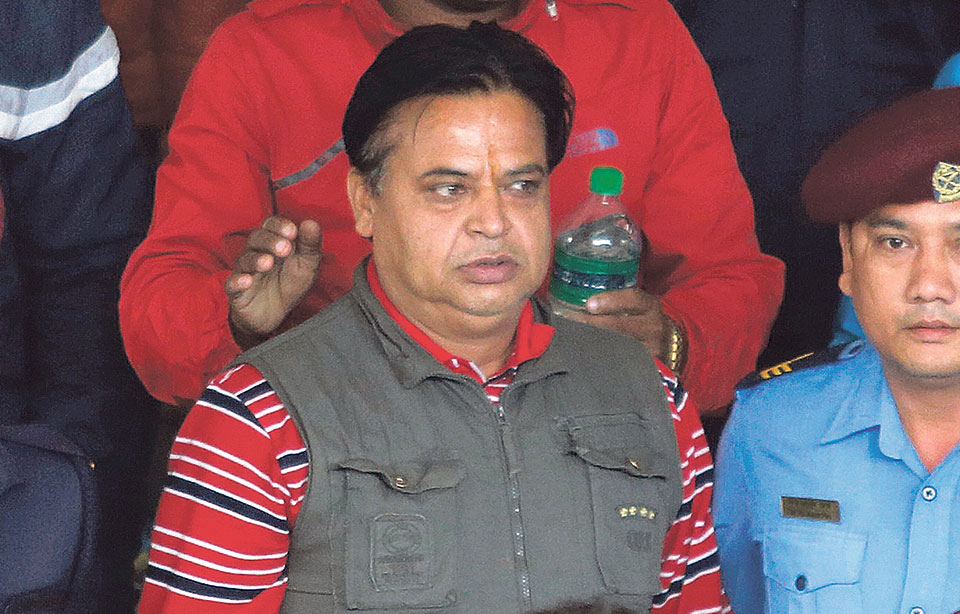 KATHMANDU, May 25: A writ petition has been filed at the Supreme Court on Thursday seeking its intervention against the government’s preparations to release murder convict former Maoist leader Balkrishna Dhungel through a presidential pardon.

Advocate Dinesh Tripathi filed the petition at the apex court claiming that the government was making final preparations to release Dhungel through ‘misuse of the presidential pardon’. The Office of the Prime Minister, the Ministry of Home Affairs, the Department of Prisons have been named as defendants. The apex court has scheduled initial hearing into the petition for Friday.

The government is working to grant presidential pardon to Dhungel on the occasion of Republic Day on May 29. Dhungel is currently serving his 8th year of the 20-year term at Dillibazar jail for the murder of Ujjan Kumar Shrestha of Okhaldhunga in 1998.

Stating that their serious attention was drawn by recent media reports about the government preparations, Insec has said Dhungel should not be granted such a pardon as he was involved in a brutal killing.

“Any decision to grant pardon under political cover to a convict of heinous human rights violation would encourage impunity and weaken democracy. The government has failed to appreciate the consequences of such a decision,” reads the statement.

Recalling the order of the apex court two years ago not to grant amnesty to Dhungel, Insec has urged the government to stop the process to grant him pardon.

KATHMANDU, June 14: The Supreme Court (SC) has turned down a writ petition filed at the apex court against the... Read More...

KATHMANDU, May 22: A writ petition has been filed at the Supreme Court on Sunday against the government's decision to withdraw... Read More...

KATHMANDU, March 6: A writ petition has been filed at the Supreme Court (SC) against the government's decision to increase the... Read More...