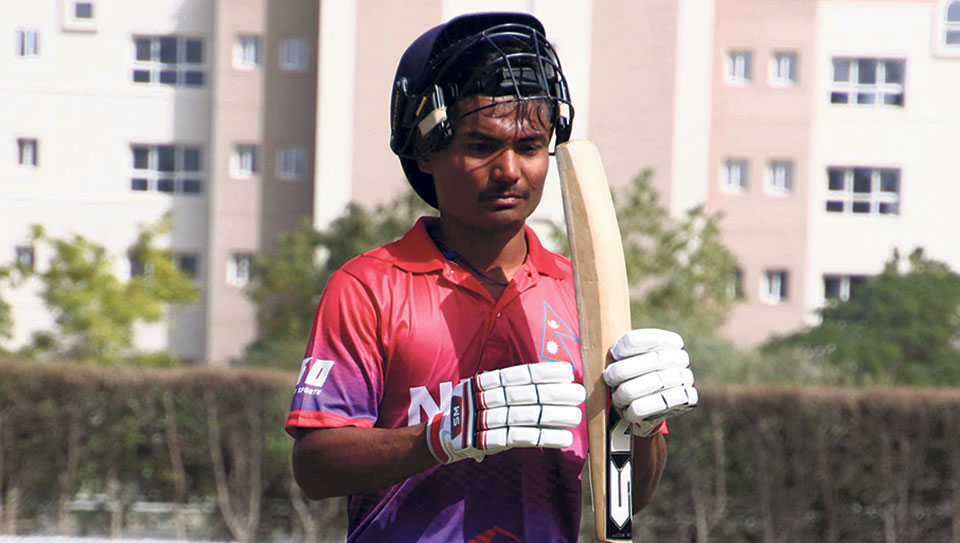 Tendulkar made 59 in a Test match against Pakistan aged 16 years and 213 days. Likewise in the ODIs, Shahid Afridi smashed a record-shattering 37-ball century aged 16 years and 217 days in his maiden international innings against Sri Lanka. Similarly, South Africa’s female cricketer Johmari Logtenburg holds the record for youngest person ever striking Test and ODI half-centuries at the age of 14.

Paudel was ecstatic and expressed that he was unaware of such record until the press conference after the match.

“It feels like I am in a dream. I didn’t know at the time I made it. I simply wanted to take the game to 40 overs first.”

Paudel’s half-century propelled Nepal to 242/9 in the second ODI against the UAE before Sandeep Lamichhane and Sompal Kami shared nine wickets to bowl the UAE out for just 97 runs in 19.3 overs in Dubai on Saturday. Nepal won the match to tie the 3-match ODI series 1-1 with Monday’s match deciding the series winner.

He has long been touted as a future star of Nepalese cricket, having struck highly rated Indian speedster Kamlesh Nagarkoti for 24 runs in five balls in an U-19 ODI in 2016, and was crucial contributor for Nepal doing well in ICC World Cricket League Division 2. He also helped Nepal secure ODI status for the first time with victory over Papua New Guinea at the ICC Cricket World Cup Qualifier back in 2018.

MUMBAI, June 25: Former West Indies cricket legend Brian Lara has been admitted to a hospital in Mumbai after a... Read More...