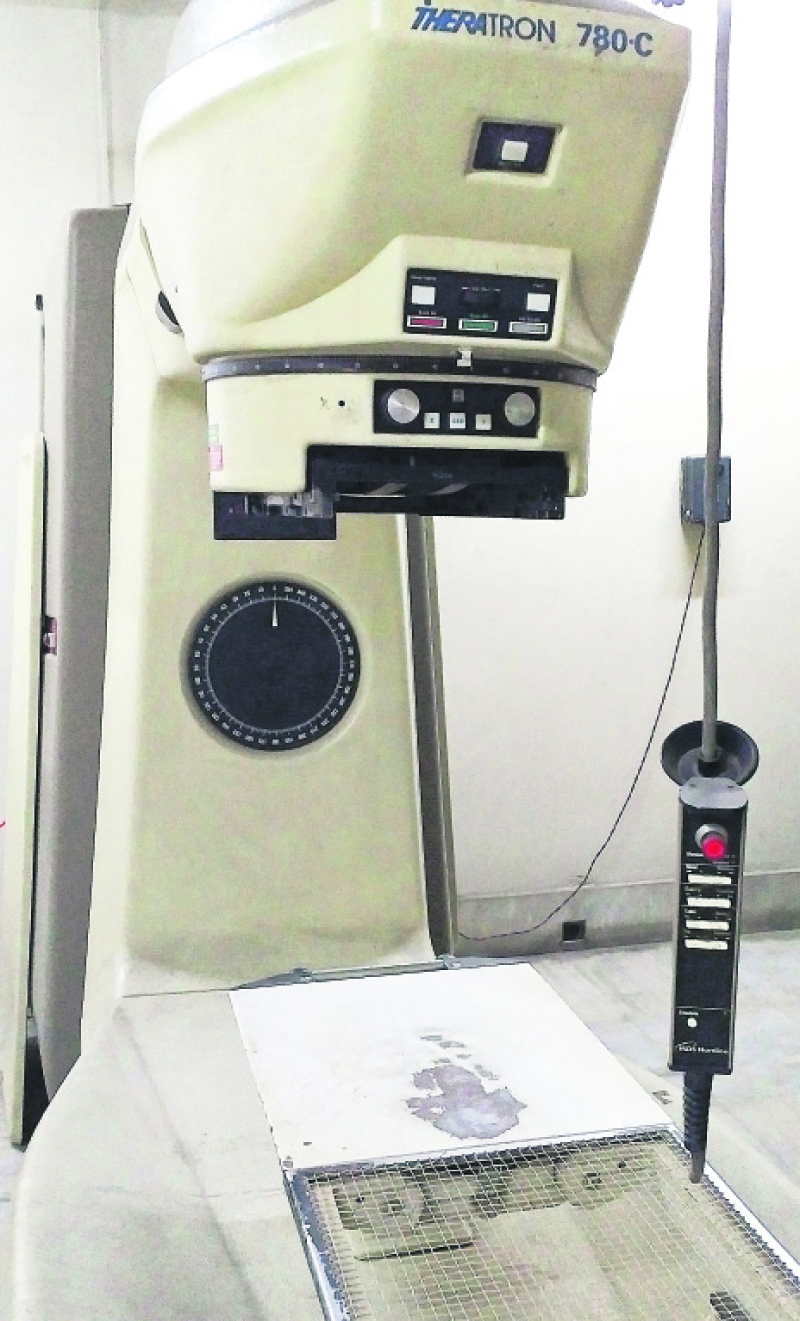 KATHMANDU, March 31: Pressure to purchase a specific radiotherapy machine for Bir Hospital, the oldest and biggest  hospital in the country, has deprived cancer patients of treatment for more than a year and a half.

Bir Hospital's Cobalt-60 machine, which is used to provide cancer patients radiotherapy, stopped working 19 months ago. Since then, the patients have been forced to go for radiotherapy at other hospitals, where the treatment costs are steep.

Before the cobalt machine broke down, 70 to 80 patients used to come to Bir Hospital every day for  checkups and cancer treatment. "These days, only 30 to 40 such patients visit the hospital daily," said Associate Professor Dr Bibek Acharya, head of the Department of Clinical Oncology.  "We don't have a radiotherapy machine to treat the cancer patients," he said. "We are in immediate need of such a machine."

The dysfunctional cobalt machine at Bir was purchased in 1991. Though the Canadian-made Cobalt-60 had a 10-year warranty, it was used  for 25 years , under the National Academy of Medical Sciences (NAMS).

The specialist doctors at Bir have insisted on buying another Canadian-made cobalt machine at a cost of Rs 120 million. According to  sources,  Vice Chancellor of NAMS Dr Ganesh Man Gurung has pressured the hospital to purchase a machine from the Indian company Bhabhatron at a cost of Rs 118 million, although the specialists claim this machine does  not meet the specifications.

The Indian machine does not meet the specifications required by the specialists. It is of low quality and its use in  hospitals is insignificant, according to the specialists. The Indian company donated one of the machines to a hospital in Mongolia but the doctors there were not satisfied with its performance.

The specifications prepared by the specialists include  approval by the Food and Drug Agency (FDA) of the USA. The Indian machine has not met FDA standards, according to Bir doctors. "Its price is only Rs 60 to 70 million including all accessories, parts and required equipment. If the government requests the Indian government, they may provide it free of cost."

Bir Hospital started calling for bids last year for the procurement of the cobalt machine after the Ministry of Health provided Rs 80 million, but the purchase was not completed, citing insufficient budget. The hospital called a global tender again  about four months ago  after the ministry provided Rs 150 million. Only two companies applied. The Indian company Bhabhatron made a Rs 118 million bid while a  Czech company applied with a bid of over Rs 123 million. The Czech machine  also has not received FDA approval. It is reported that a company  offering the Canadian Cobalt-60 with FDA approval was barred from the bidding.

The NAMS authorities have neither scrapped the old bids that did not meet FDA specifications  nor do they call for fresh bids. Instead, they have asked the specialists to rethink the machine purchase.

VC Gurung said the Canadian company did not participate in the bidding process. "The specialists are dissatisfied with the equipment proposed by the two bidders, who  meet European CEE standards though they don't have FDA approval. No bidder can fulfill requirements  100 percent . They meet 90 percent  and I don't know the price of the equipment but the cost includes maintenance warranty for six years," he said. "We cannot   cancel  this bidding process and call a re-tender," he added. "We will finalize matters within a week. The health minister is also positive about purchasing the machine."

Health Minister Gagan Thapa was unavailable for comment despite repeated attempts to contact him . Pratap Paudel, advisor to Minister Thapa, said the minister was unaware of the snags. "The ministry released funds to buy the cobalt machine but it is the hospital authorities that are fully responsible for other things," he added.

KATHMANDU, July 4: Bir Hospital, the oldest and biggest government hospital in the country, is again planning to buy a radiotherapy... Read More...

KATHMANDU, Sept 26: Thousands of patients across the country were deprived of medical treatment at hospitals where doctors  shut down the... Read More...