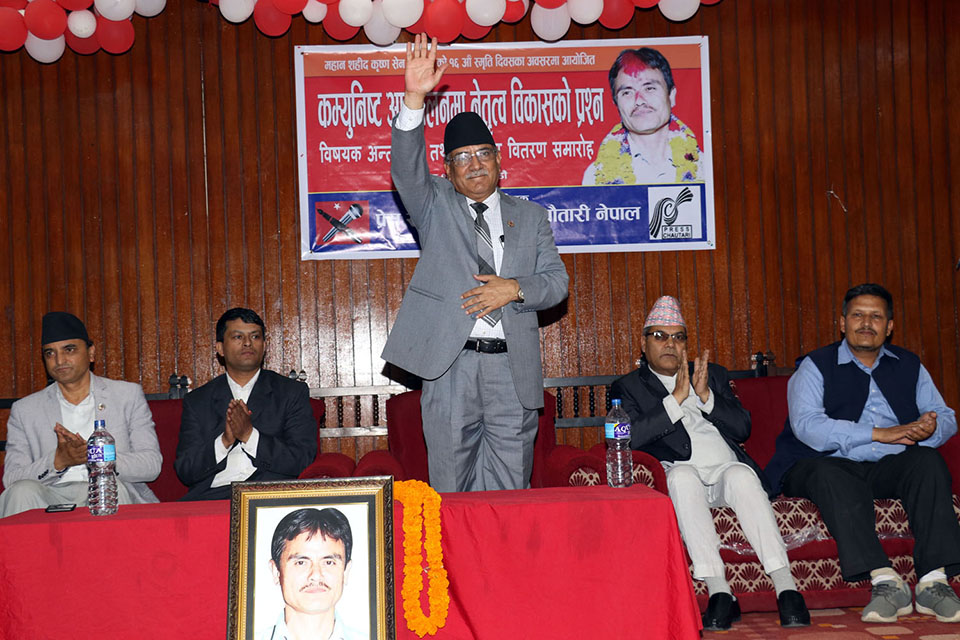 The union is an incident as expected by the people, but the challenge remains the same, he said addressing a program organized here jointly by Press Centre Nepal and Press Chautari Nepal in memory of Krishna Sen 'Ichhuk', a journalist who was killed in police custody during the Maoist insurgency.

Bringing economic prosperity and addressing people's aspirations are main challenges at this moment, he said, adding that the new unified party would focus on economic development while taking people of all class and regions on board.

In another context, the former Prime Minister consoled those who failed to make it to the new party central committee, saying "you could be enlisted in the future."

He also asserted that his party, which has been fighting for democracy and the people, would always stand by democracy and press freedom.

Saying efforts were on to accommodate all Madhes-based parties and other communist forces, he said positive results in this regard would come out soon.

On the occasion, he praised Ichhuk for his sacrifice and dedication for the country.
No monopoly in the name of RTI: Minister Banskota

On the occasion, Minister of State for Communications and Information Technology, Gokul Banskota, has said that there should not be monopoly in the name of the right to information.

He said, 'Press will remain independent. There will not be monopoly. Nobody should doubt on it." He further said that now no one would be jailed for their journalistic profession and none of journalists would face torture as faced by Krishna Sen.

The State Minister said the incumbent government was more responsible for press freedom and journalists' rights.

Party unification on May 5: Dahal

KATHMANDU, May 1: Chairman of CPN (Maoist Center) Pushpa Kamal Dahal has stated that the party unification between CPN-UML and... Read More...