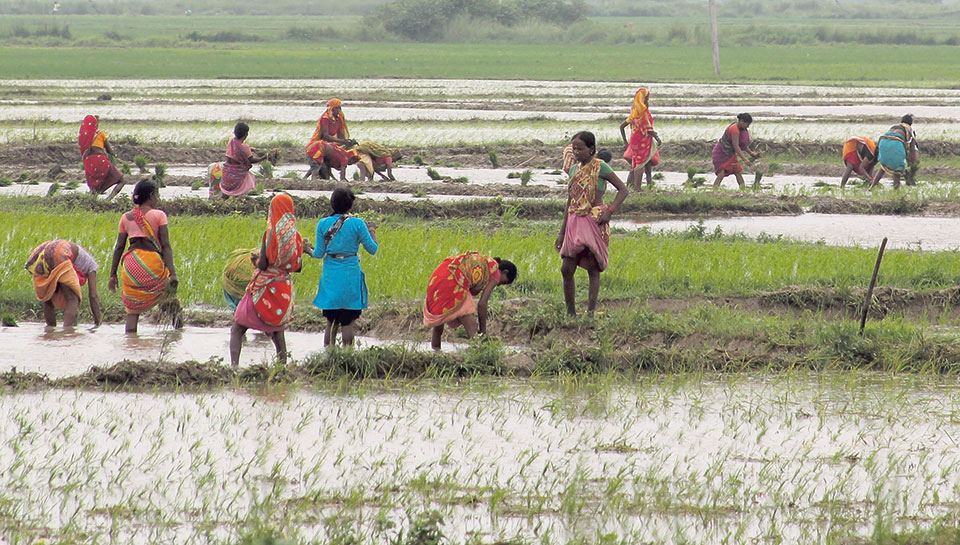 BIRGUNJ Aug 13: Paddy transplantation has been completed in Parsa district.

Technicians of the District Agriculture Development Office (DAO) informed that transplantation of this staple crop completed on time this year due to sufficient rainfall as well as easy availability of seeds and workforce.

Paddy transplantation on rice fields that lack irrigation facility is done only after the field gets sufficient rainfall.

Due to urbanization and migration, rural areas of the district are facing shortage of manpower for farm works. To address the manpower crunch, the government has introduced a 'labor exchange program' in the district. Many farmers say they have benefited from the system as they did not face shortage of farm workers this season.

KATHMANDU, Oct 1: The regular flight from Kathmandu to Solukhumbu to Lukla has been shifted to Manthali in Ramechhap. ... Read More...