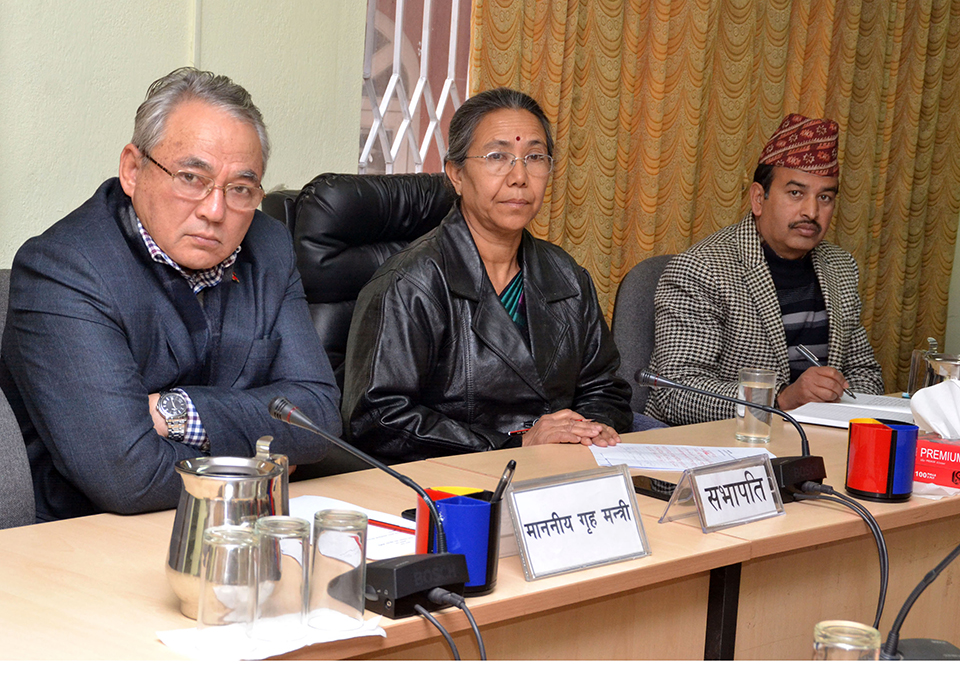 KATHMANDU, Jan 9: The State Affairs and Good Governance Committee under the Federal Parliament of Nepal, has directed the Home Ministry to control all activities relating to drug trafficking.

The committee meeting took place at its Singhadurbar-based office has instructed the Home Ministry to mobilize and encourage the entire officers and constables of Armed Police Force (APF) for more contributions to the efforts meant for border security and for control of revenue leakage, border crime, organized crime and terrorist activities.

The committee also directed the ministry to play a policy- level leading role in efforts of the APF to conduct its role assigned by the State in an effective way by providing opportunities of career development to the APF rank and file as per the rules and regulations.

The conclusion of the committee is that the APF had been doing its assigned responsibility efficiently.

On the occasion, Home Minister Ram Bahadur Thapa pledged for improvements in regard to several issues relating to the APF including the career development regulations amendment, promotion and in-house discipline.

APF chief Shailendra Khanal who was also present in the meeting apprised the meeting that the institution was doing its assigned roles and duties responsibly. Committee chair Shashi Shrestha presided over the meeting. RSS

Smuggled goods worth over Rs 700,000 seized in Kathmandu

KATHMANDU, April 23: Nepal Police have confiscated imported clothes being smuggled to Kathmandu from Butwal in a huge quantity in... Read More...